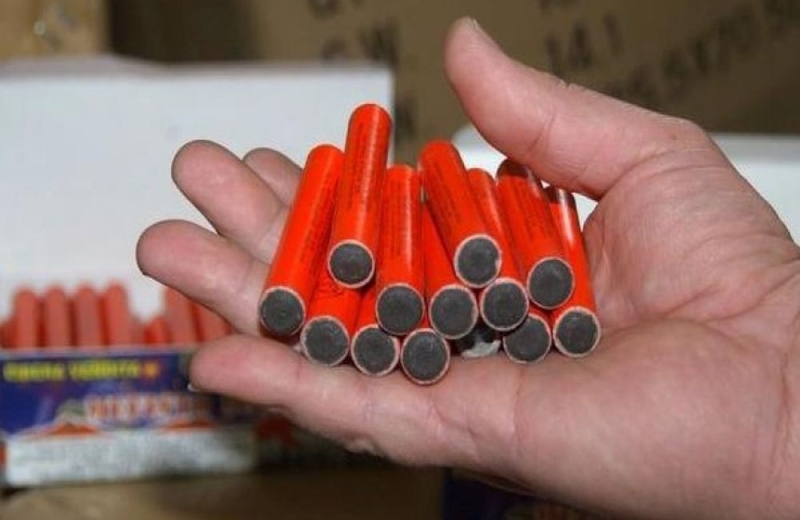 The circumstances of the injury of a 24-year-old from a fragment of an improvised explosive device, as it is believed from the examinations so far, are being investigated by the Paphos Police, while in Larnaca, a case of arson and assault against police is being investigated. 19-year-old was injured at around 8.30 last night, when while the young man was with his relatives for church, in the churchyard in a village in Paphos province, he was hit in the right eye. , from a fragment of an object. He went for a medical examination at the Limassol General Hospital, where he was found to have a hematoma on his right eye and after receiving treatment, he was discharged.

From the examinations carried out at the scene by members of the Police, including a Firefighter of the Paphos Police Directorate, it is believed that the 24-year-old was hit by a fragment of factory pyrotechnics, which had been turned into an improvised paper cracker. The examinations are continued by the Kelokedaron Police Station.

In Larnaca, in a community of the province, shortly before 1.30 in the morning today, members of the Police were called to a place where a fire had broken out on a pole of the EAC, as well as a fire in an adjacent field. Members of the Fire Service were trying to extinguish the two fires at the scene, while with the arrival of the members of the Police, a number of young people who were in the courtyard of a nearby Church, started throwing stones and insulting the police. After the members of the Police approached the young people, they fled, with the police stopping one of them, a 19-year-old young man, and proceeding to arrest him for spontaneous harassment offenses. The 19-year-old was taken into custody for the purpose of police interrogation.

The circumstances under which the two fires were caused, as well as the incident of an attack against the members of the Police, are being investigated by the Larnaca Minor Offenses Department. The Police, on the occasion of these two incidents, points out once again, the dangers that lurk from the use of crackers and fireworks, as well as from the lighting of fire, as is usual with the fires.

There are many examples, from the recent past, recalls, where persons suffered burns and mutilations from the use of crackers. Crackers and fireworks are not a toy. They are explosive preparations, which either injure or kill, with the risk of being present both to the persons who use them and to other persons who are with or near them. Dangers to physical integrity, even to human life, are caused by the uncontrolled lighting of lamps, with the risk of the fire spreading and causing damage to another property, to be also real.

Police, as every year during the Easter period, he is on foot, policing the places where the illegal use of crackers and the illegal lighting of fire are observed. The purpose is to prevent and combat the two phenomena, as well as to raise awareness and contribute to the smooth conduct of the celebrations of the Resurrection.

Source: politis.com.cy
Share
Facebook
Twitter
Pinterest
WhatsApp
Linkedin
Telegram
Previous article
Bake without fear! Great weather on Easter Sunday – The forecast of the Meteorological Department
Next article
They do not stay out of Apollo
- Advertisement -