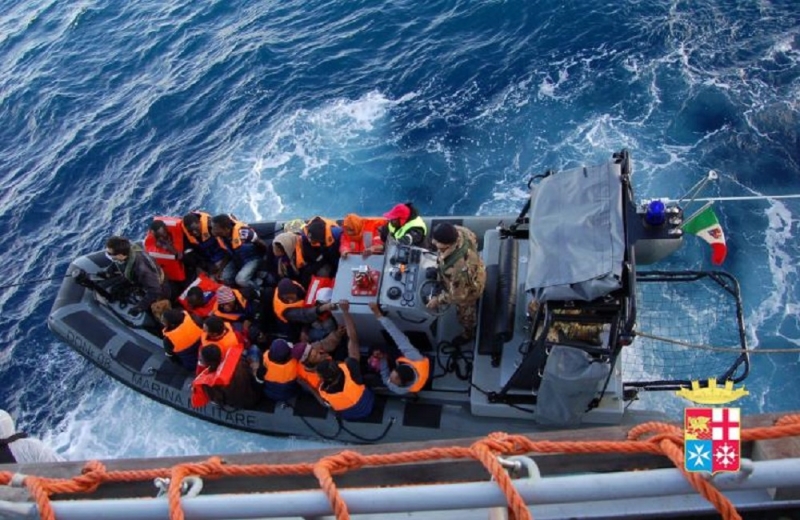 Paphos Police proceeded from the Turkish coast to facilitate the investigations.

This is a case under investigation for conspiracy to commit a crime, aiding and abetting illegal entry, transit and stay of a third country national in the territory of the Republic, assistance and assistance to prohibited immigrants, entry or stay in the territory of the Republic, smuggling of migrants by sea, by waterway and unsafe or overloaded boat.

According to the spokesman of ADE Paphos and Head of TAE Paphos Michalis Nikolaou after verifying the data of the 25 immigrants and taking deposits , one of them was arrested, while the other 24 are being transferred to the Hospitality Area in Kokkinotrimithia.

According to Mr. Nikolaou, twenty-five immigrants, all of Syrian origin, who were riding in an inflatable speedboat were located in the early hours of Thursday, by the Port Police.

According to Mr. Nikolaou 40 minutes after midnight, boat movements were noticed off the sea area of ​​Pomos.

A boat of the Port and Maritime Police moved to locate him and around 02:45 on Thursday, it was located at a distance of six nautical miles from the mainland. As it turned out, it was an inflatable boat 7 meters long and it was carrying 25 migrants, of which 6 children, 5 women and 14 men.

The migrants boarded a boat of the Coast Guard and instructions for further handling of the case were expected for quite some time.

Then everyone was given first aid and transferred to the Hospitality Area in Kokkinotrimithia.

Source: politis.com.cy
Share
Facebook
Twitter
Pinterest
WhatsApp
Linkedin
Telegram
Previous article
In 70% of 2019 the tourist arrivals in the first quarter
Next article
Event for the TEPAK pilot program for learning the Greek language to refugee children from Ukraine
- Advertisement -