50 companies will operate services at our airports 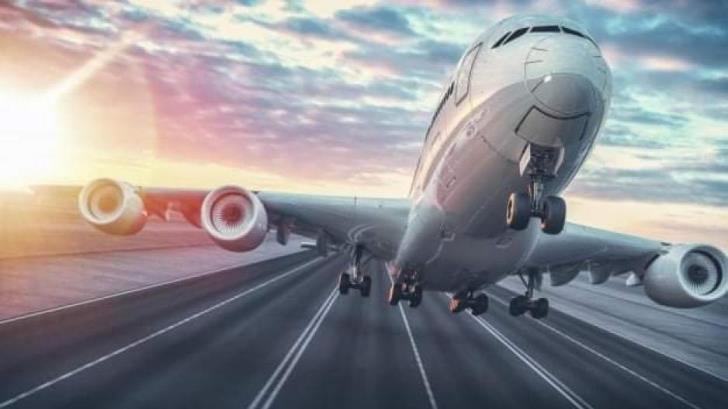 Hermes Airports data show that in terms of connectivity we are approaching those of the 2019 season before the pandemic brings ups and downs in aviation. For this year, the data currently available show that 50 companies will operate routes from 140 destinations and 38 countries, to and from Larnaca and Paphos airports, as Maria Kouroupi, Senior Director of Aviation Development Hermes Airports.

The loss of the Russian market for Cypriot tourism is a big blow because the second largest market for Cyprus is lost. In this light, all the actors that have a direct relationship with the tourism industry rolled up their sleeves and went hunting from other countries with a focus on the European market and beyond. But to be able to do so they will have to overcome a major obstacle, that of air connectivity which is perhaps the only way to create tourist flows on the island.

The decision of the EU to close the airspace of the member states on Russian flights, creates new data in the air transport of the Old Continent but also of our country. In Cyprus, the air embargo was announced by the Minister of Transport, Giannis Karousos. The number of Russian-owned airlines is increasing after April, a period in which the tourist season essentially takes place. Based on last year’s experience, 12 Russian-owned airlines flew to Cyprus from April onwards.

According to the first estimates of the Ministry of Transport, the air embargo on Russian aircraft will result in a vertical reduction in passenger arrivals from Russia. In numbers and in the hypothetical scenario that the measure will last, it is estimated that the arrivals of 1,300,000 passengers from Russia and another 300 thousand from Ukraine will be reduced. These estimates concern only the passenger traffic and not the tourist one, although the second one is the one that will be most affected. The people of Hermes Airports are fully responsible for answering these questions.

According to the planning so far, this summer 50 companies will operate routes from 140 destinations and 38 countries, to and from Larnaca and Paphos airports, numbers which are close to the respective connectivity numbers recorded by Cyprus in 2019, which was the best year in the history of Cypriot tourism notes the Senior Director of Aviation Development & amp; Hermes Airports Communication, Maria Kouroupi.

To the question if there are new additions to itineraries and companies for this year, Ms. Kouroupi answers that, “There are a number of new itineraries that cover a large number of destination fans. For the summer season, based on the airline planning so far, new destinations are added such as Pisa, Nuremberg, Salzburg and Bern. At the same time, after two years, destinations such as Belfast, Norwich (United Kingdom), Aalborg, Aarhus (Denmark), Trondheim, Stavanger (Norway), Orebro, Norrkoping, Vexieu (S) are added to the existing routes. The total passenger seats for 2022 are estimated at 10 million (arriving-departing passengers) “.

He also states that, “the available air seats from both countries for this year were about 2 millions (arrivals-departures). Despite the fact that this is a significant number, we nevertheless believe that there is a possibility of filling part of the resulting gap from other markets. The key to this effort is to increase the fullness of flights to Cyprus. To this end, we are intensively promoting the destination with the airlines to create demand, while utilizing the incentive plan as much as possible, constantly aiming at the further connectivity of our country “.

He states that “among the contractual obligations of Hermes Airports is the increase of passenger traffic, but also the enrichment of the connectivity of Cyprus, for which we have been working for the last 15 years. We have a generous Incentive Scheme that we have been implementing for a decade to attract airlines. This is a plan that is currently under review and our goal is, in cooperation with the Government, to complete the review as soon as possible, so that we have an important tool in our effort to improve the air connectivity of Cyprus. At the same time, we participate in international Fora, where we highlight the destination and present the opportunities and benefits that exist for an airline that will include Cyprus in its destinations. In addition, part of our strategy is the promotion of Cyprus, so we invest in online campaigns that “identify” potential visitors, highlighting alternative forms of tourism or with particular emphasis on the authenticity of the experiences offered in Cyprus.”

The average occupancy of aircraft last year, according to data from Hermes Airports, was 70% and if this year we manage to raise the percentage to 85% and 90%, this alone without any increase in routes will bring an additional 200 to 250 thousand seats in relation with what we expected and noted that if we manage to increase the occupancy rate around 10% we can talk about 300,000 to 350,000 passengers, in tourist arrivals, that is, it could “save” 30-40% of the traffic we lost from Ukraine and Russia. The increased fullness can also be helped by the energy crisis, since, as Ms. Kouroupi said, due to the large increases in oil prices, it is difficult for companies to add new flights and try to maximize existing flight schedules by filling planes.

The purpose of this project is the restoration of air connections, which will contribute to the development of the aviation sector, will support the tourism sector and the wider economy of the Republic of Cyprus. The program is a reinstatement of an aid measure originally approved by the Commission on 1 July 2020 (SA.57691), which expired on 31 December 2021. Under the program, support will take the form of direct grants. The measure is addressed to all interested airlines operating flights to and from Cyprus. The amount of the grant will depend on the occupancy rate of the aircraft (ie the number of passengers by the capacity of the aircraft expressed in number of passengers), starting from a occupancy rate of 41% and up to 70%, and will be paid per passenger carried. The aim of the program is to support airlines in an integrated and non-discriminatory manner, in order to restore air travel to and from Cyprus and, therefore, to achieve the recovery of air connectivity and tourism.

The total cost of the project is estimated at 6.13 million euros by the end of June 2022 and is expected to be utilized by 60 airlines. The amount of the grant will be granted based on the criteria set out in the incentive plan, which is published on the website of Hermes Airports Ltd.

The favorite holiday destinations of Europeans for next summer are Greece and Spain, but high up for Scandinavians and British is also Cyprus, according to “Holiday Atlas” of TUI the largest travel group in the world.

This year, British holidaymakers prefer Dalaman on the Turkish Riviera, followed by Cyprus, Antalya, Tenerife and Rhodes. As in previous years, the Greek islands are the number one destination for Finns, Danes, Norwegians and Swedes, followed by Mallorca, Antalya and Cyprus.

The data come to survive and the very recent statements of the Deputy Minister of Tourism Savva Perdiou. The omens from the Scandinavian countries and Switzerland are good, said Deputy Minister of Tourism Savvas Perdios, noting that these countries are among the markets that are expected to significantly strengthen the Cypriot tourism industry this year, offsetting some of the losses from Russia and Russia.

In statements from Switzerland, Mr. Perdios said that the five markets, namely Denmark, Sweden, Norway and Finland and Switzerland were in any case among the goals of the national strategy for tourism, but also qualified as compensation for part of the lost ground due to the loss of the markets of Russia and Ukraine. This means, he added, “that both the demand and the program of travel organizers is much higher than last year, at levels close to the levels of 2019 and under certain conditions may exceed 2019.

Saying that in Sweden at the end of March Cyprus was the first in bookings from all destinations, Mr. Perdios added that “these reinforce some of our own measurements which say that in relation to the first two weeks of the war that searches in internet has been slightly reduced this has now been reversed and from all our markets, except Russia and Ukraine, there is again an increase in searches for Cyprus “. Asked about this, the Deputy Minister of Tourism said that the number of flights from these countries exceeds the corresponding flights in 2019. As he said, for example, Finnair has operated flights from Helsinki, while the last time this company had flights with Cyprus was 5 years ago. He added that Norwegian has direct flights from all the capitals of the Nordic countries to Cyprus. As for Finnair, it announced on March 24 that direct flights between Larnaca and Helsinki will start on April 10, 2022, according to a press release issued by the Embassy of Finland in Cyprus.

At the same time, as he said, Eurowings has direct flights from Stockholm to Cyprus for the first time, and for the first time also we have chartered flights from Bern, Switzerland. According to Mr. Perdios, these flights will be operated between two and three times a week, depending on the company. It is worth noting that in 2019 arrivals from Finland amounted to 24,661, from Norway to 60,782, from Denmark to 40,568, from Sweden to 144,605 ​​and from Switzerland to 67,534.

Finally Gulf Air expressed its desire to use our country for its further expansion to Europe and other destinations. Gulf Air already connects Cyprus with Bahrain, while it also operates flights on the Larnaca-Athens route.

* From the April issue of Forbes magazine