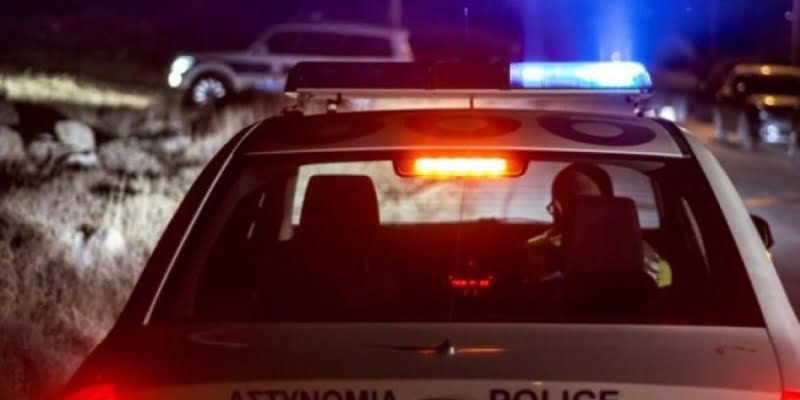 A serious traffic collision that occurred around 16:00 in the afternoon on the Frenaros-Avgoros road with two vehicles and five people involved resulted in a fatality.

According to the Police, saloon a vehicle driven by a 28-year-old woman from Avgorou, with her 26-year-old sister as co-driver, at a certain point of the road where a lane of a rural road leading to Panagia Asprovouuniotissa ends, violently collided with a double-cab vehicle which was entering the road with the intention of heading right towards Avgorou.

In the two-cabin vehicle, the driver was a 71-year-old also from Avgorou, with passengers 77 and 78 years old also from Avgorou. As a result of the collision, both vehicles ended up in a field off the road, while the intervention of the Fire Service was needed to extricate those involved. All the persons involved were injured and were transported by three ambulances to the Famagusta General Hospital in Paralimni, while the 26-year-old woman was transported  by ambulance to the Larnaca General Hospital.

Unfortunately, at the Famagusta General Hospital in Paralimni, the death of 77-year-old Maroula Manzalou was confirmed, while the 78-year-old and the 71-year-old both have broken ribs and will remain hospitalized. Their condition, although serious, is stable.

Regarding the 26-year-old and the 28-year-old, the results of their examinations are expected and their condition is described as good. The causes of the accident are being investigated by Famagusta Traffic.

Source: www.sigmalive.com
Share
Facebook
Twitter
Pinterest
WhatsApp
Linkedin
Telegram
Previous article
Photio: Information that may lead to the identification of missing persons in the occupied territories in 2023
Next article
Vehicle collision in the province of Famagusta – Five injured
- Advertisement -