Houses and roads were flooded in the Municipality of Dromolaxia – Meneo, with the Mayor, Cyprus Andronikos stating that the amount of rain was such that the drains and anti-flooding works could not absorb it and lead it out of the Community .

“We had huge amounts of rainfall, which created quite a few problems especially at this central point in the Meneu community,” said Mr. Andronikou. In particular, he added, it is the main road of Makariou Avenue which has been flooded. “The rain had started around midnight and continued until 9 in the morning, you realize such amounts of rain I don't remember seeing before,” he said. and these, what to do we will deal with it”. 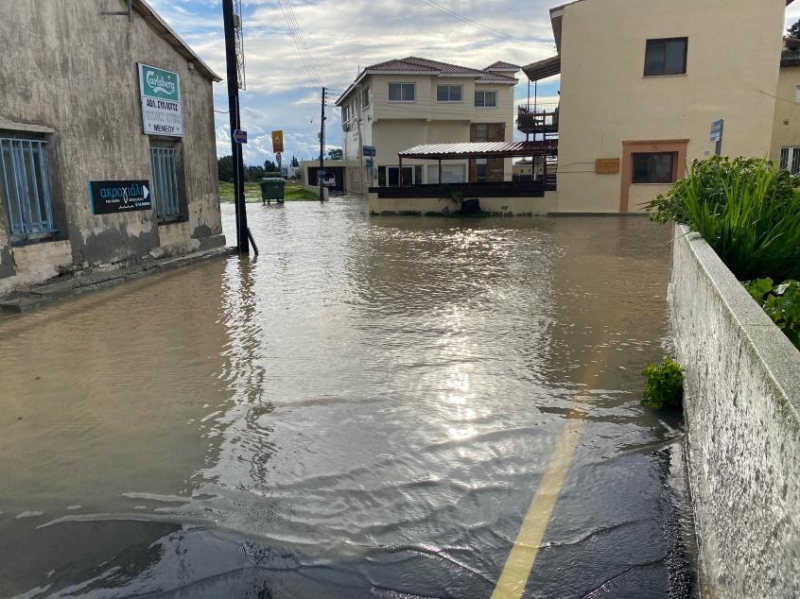 In a first assessment as part of a tour carried out by Mr. Andronikou, he told us that “around 3-4 houses have been flooded to some extent. They are usually houses which are below street level. From tomorrow we will invite the District Administration and its officials to visit the area and record any damages these people have suffered so that they can be compensated”.

He noted that “since the morning I have been on my feet since 0430, we brought in municipal employees to help the people who had problems. You understand there wasn't much we could do, we brought two excavators where they were needed to help with the escape of the rainwater and we hope that we will never again have such amounts of rain and such a long duration”.

He stressed how “the fire service responded in some cases as you understand is difficult. The whole area is flooded not only the community here and usually the fire brigade responds where there is a danger to lives”, he concluded. 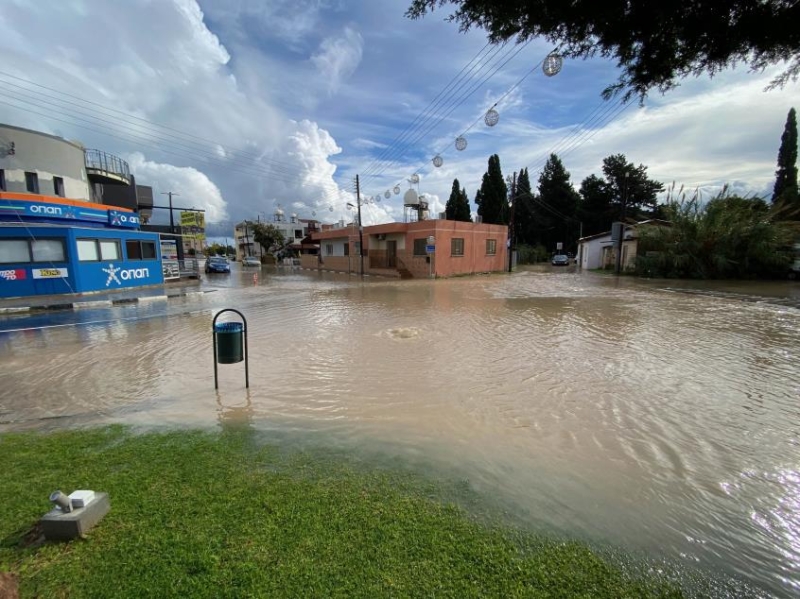 In the province of Larnaca   the Fire Service received 33 calls, whose members proceeded to extricate an elderly woman who was trapped in her house, to pump water from houses and yards, from buildings and basements, to open rainwater drains, towing vehicles, trapping drivers, and moving trees that were uprooted by strong winds.

The bulk of the problems were located in the area of ​​Dromolaxia Meneu since it rained torrentially from midnight to 0900 in the morning.

In Larnaca there are 3 rainwater pumping crews and a rescue vehicle that specializes in the rescue of citizens. 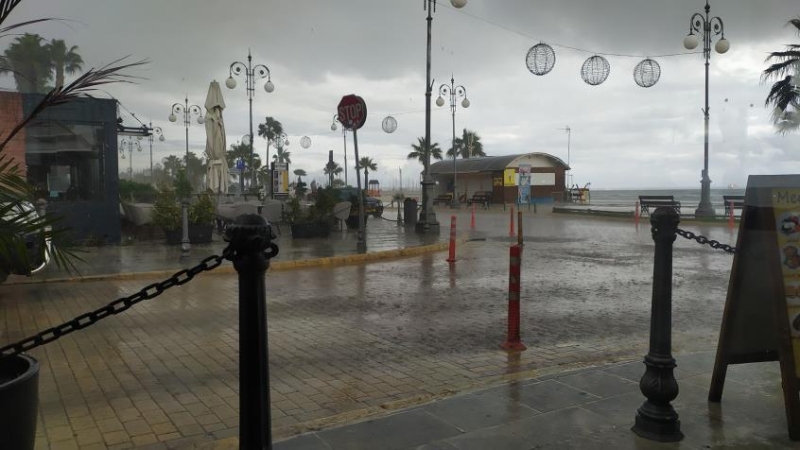 Regarding the state of the road network in Larnaca, according to the Police, “Archbishop Makarios avenue, in Meneou, the Larnaca Airport roundabout and the uneven crossing beyond the Panorio center in Dromolaxia are closed due to water accumulation Also, the road from the POINT kiosk to Meneu is closed”.

Also, dense fog is observed in the areas of Vavatsinias, Odos and Lefkara.

In the free Province of Famagusta, cones have been placed on the Protaras to Cabo Greco avenue, due to the road surface giving way in two parts of the road.

In the free province of Famagusta, the Fire Service received eight calls for help since 6 am.

In the free province of Famagusta, four crews are working, which are staffed by 19 Firefighters. Civil Defense also has a workshop in the area with 10 people. 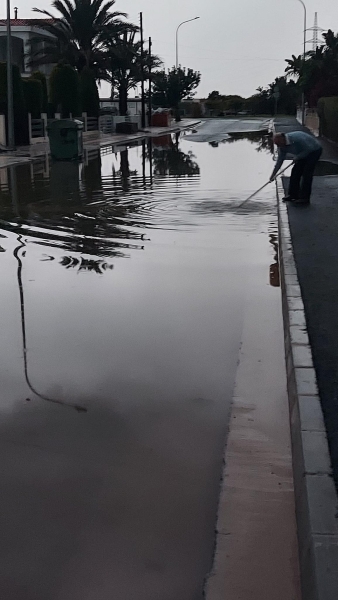 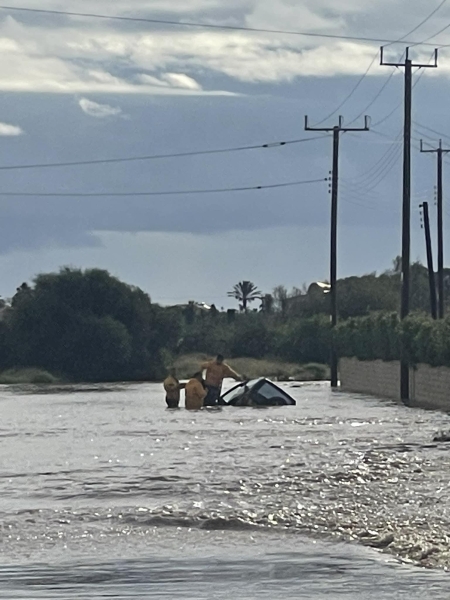