A dream of a summer night, holidays in Greek islands – Ferry, accommodation and transportation raise the cost 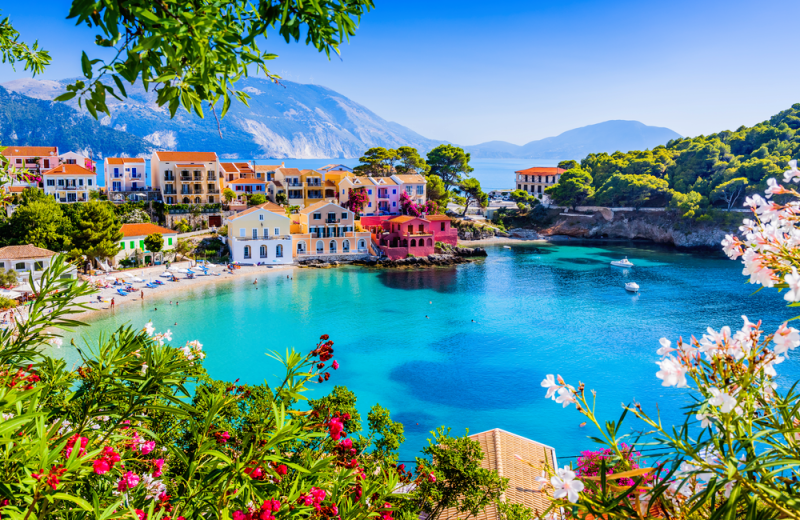 The are turning into a kind of luxury this yearHolidays for many Greeks, but also for Cypriots who want to spend their holidays in Greece, as price increases on products and services make the costs unbearable, even for a few days on an island.

in services, An annual increase of 17.7% was recorded in ferry tickets and by 22.2% in hotel prices. However, depending on the destination and the services provided, the increases may be even greater in these categories.

The cost for a family of four

A family of four with two minor children who want to vacation on an island for 4-5 days will need to put their hand deep in their pocket as in almost all categories the increases are in double digits compared to the pre-pandemic period. With the cost of travel being the one that now owns the lion's portion in expenses & # 8211; up to three times- in relation to living expenses. That is, even if someone owns a house on an island and “saves” the cost of renting a room, all other costs have skyrocketed. For Cypriots, of course, there is the cost of airfare, or the ship that sails for the first time to Piraeus on June 19.

Starting with the ferry tickets and taking an indicative four destinations, there are increases in both passenger and car tickets compared to previous years. In fact, according to industry players, these prices are expected to increase further in the summer and as long as the rally of rising fuel prices in Greece continues.

According to a previous CNN Greece report on the cost of ferry tickets, for a trip to Naxos , a family with two minor children together with the car, in financial position, will pay 502 euros. Of the total amount, 216 euros is the cost of transporting the car.

In Rhodes the cost for the same tickets reaches 776 euros and if needed a cabin for the long journey, will pay a total of 880 euros. For Chania will spend 405 euros and together with a cabin 534 euros while if she chooses a nearby island without a car, such as Hydra, it will cost her 210 euros.

The expenses for the travel that the family will have to do by car, during its stay, will be correspondingly increased. Gasoline has been going uphill for another week and in the Cyclades at the moment the average price reaches 2,585 euros per liter, in the Dodecanese 2,512 euros per liter and in Chania 2,435 euros per liter.

However already in several gas stations both on the above islands and in other parts of the country, gasoline is sold even over 2.70 per liter, going at full speed to 3 euros. The result, of course, is that drivers find it difficult to even calculate how much they will eventually need for their travel, the days they have planned their vacation.

However, from the first days of the tourist season, the gas station owners have noticed that in the big islands, the visitors avoid the long excursions and excursions they made in the past, due to the expensive gasoline.

Accommodation up to 30% more expensive

For her stay on the island, if she does not have a house, the family of four will have to pay even 30% more expensive than last year the room. The increases, according to industry executives, come both from the higher operating costs of businesses due to constant price increases, and from the high demand for rooms this summer. And those who did not plan to book early and left at the last minute, it is estimated that they can pay even twice as much as those who have taken care of their accommodation on time.

To the above expenses should be added, of course, those of food with the consumer price index in the group “food and non-alcoholic beverages” having increased by 12.1% compared to a year ago. Increases will Visitors also see the prices in restaurants and taverns since even the “cheap” souvlaki in some parts of the country now reaches 4 euros. Overall, however, in the category “Hotels-Cafes-Restaurants” the data ELSTAT show an increase of 5.1% compared to last year.

The three days of the Holy Spirit that we are going through, is the first crash test for this summer not only for the course tourism but also for consumers. Who will have a first idea of ​​the expenses they will be asked to face later in their summer vacation. In fact, with the price increases not over and without any signs of de-escalation of prices at the moment, the summer outing seems to be prohibitive for many consumers.

Source: politis.com.cy
Share
Facebook
Twitter
Pinterest
WhatsApp
Linkedin
Telegram
Previous article
New Wave – The Other Cyprus: Akamas does not belong to either the Ministry of Foreign Affairs or the Department of Urban Planning
Next article
Rain, thunderstorms and strong winds are coming in the afternoon
- Advertisement -