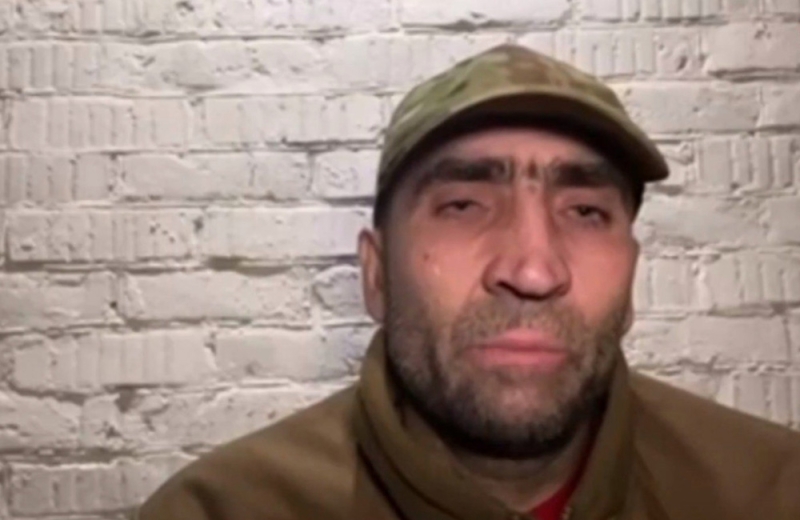 In the middle of his speech, V. Zelenski gave the floor to the two soldiers, saying: “I am sure that with the help of Greece we will win. Time is the most critical dimension. Do not listen only to me. Listen to two fighters. “

Immediately Michael takes the floor as the first fighter of the neo-Nazi” Azov “battalion introduced himself. “My name is Michael, my grandfather fought in World War II against the Nazis. He was injured three times, “he said, adding:

“I was born in Mariupol and I participate in the defense of the city from the Russian Nazis. I will not talk about the difficulties we have in defense, participating in the Ukrainian defense through the Azov Order. This is my debt to my city, my debt as a man and I have to talk about the catastrophic conditions in which the Greek Mariupol is in “.

And he went on to say that the Russians surrounded Mariupol leaving it without water and food while “thousands of compatriots live and die” in Mariupol as he mentioned.

Then “Anastasios” spoke as he also introduced himself. p>

«My name is Anastasios. Listen to the call we make to you. There is no one to help them. “You can talk and give help to Mariupol,” said the second soldier of the Ukrainian forces, among others.

It is unknown at this time what he will do after leaving the post. He has to answer whether there were previous negotiations between the governments of Greece and Ukraine or whether it was an initiative of Zelensky without the knowledge of the Greek authorities.

In any case, what happened is extremely serious and severely affected democratic prestige of the Greek parliament.

In a statement, the secretary of the SYRIZA Central Committee, Olga Gerovasilis in the peristyle of the Parliament, condemned the presence and speech of the fighter of the neo-Nazi battalion in the Parliament.

to Zelensky, an inadmissible member of the Azov Order who spoke in Parliament. Today we listened with respect and solidarity to the democratically elected President of Ukraine, Mr. Zelensky, who resists the Russian invasion of Ukraine and expresses our support. From then on, however, it is unacceptable that today he addressed the Greek Parliament together with President Zelensky, a member of the Azov Order. In a short time we have a Conference of Presidents and explanations will be requested from the Speaker of Parliament, Mr. Tassoulas, if he was informed, if he agreed. Because I think this is a big shock “.

It is worth noting that the SYRIZA MPs were few in the room, few applauded while Nikos Filis left saying:” What are these things! “, Referring to the appearance Greek-Ukrainians fighting in Mariupol on the side of Zelenski.