A low barometric pressure is approaching with strong effects. When will it affect the area? 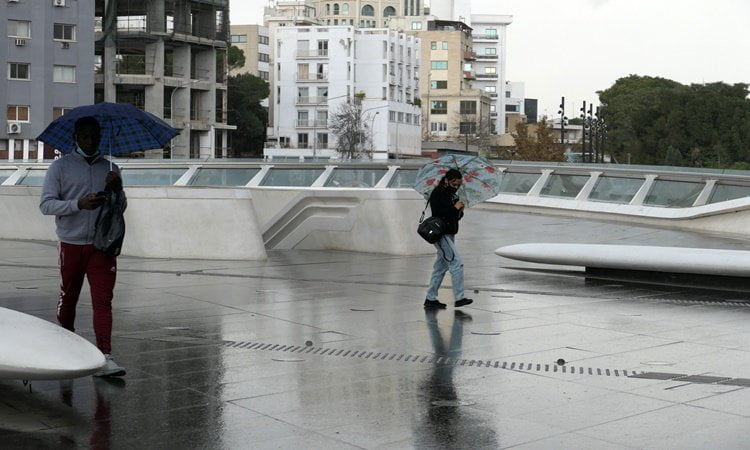 Weak low pressure affecting the area. On Tuesday, a barometric low centered in the Aegean is moving eastward and is expected to affect the region from the late evening of the same day.

Download the APP CYPRUS TIMES! HERE for Android and HERE for iOS

Today, the weather will be mostly cloudy with occasional isolated rain, while an isolated storm is not ruled out. Winds will be mainly east to southeast, light to moderate, 3 to 4 Beaufort and locally in the morning, to the west and north, to moderate, 4 Beaufort. The sea will be a little rough. The temperature will rise to around 20 degrees inland and on the coast and around 13 degrees in the higher mountains.

Tonight, the weather will remain mostly cloudy and isolated rains are expected, mainly on the coasts. In the west, in the north and on the east coasts, it is not excluded that a isolated storm. Winds will be northeast to southeast and locally variable, light, 3 Beaufort. The sea will be a little rough, except in the south where it will be calm to a little rough. The temperature will drop to around 11 degrees in the interior, around 13 on the south and north coasts, around 15 on the rest of the coast and around 7 degrees in the higher mountains.

Source: cyprustimes.com
Share
Facebook
Twitter
Pinterest
WhatsApp
Linkedin
Telegram
Previous article
He was selling stolen shoes in a bazaar. They found hundreds of pairs – Handcuffs on a 26-year-old
Next article
Metropolitan of Paphos: It is unacceptable for students to rent rooms in the occupied areas
- Advertisement -