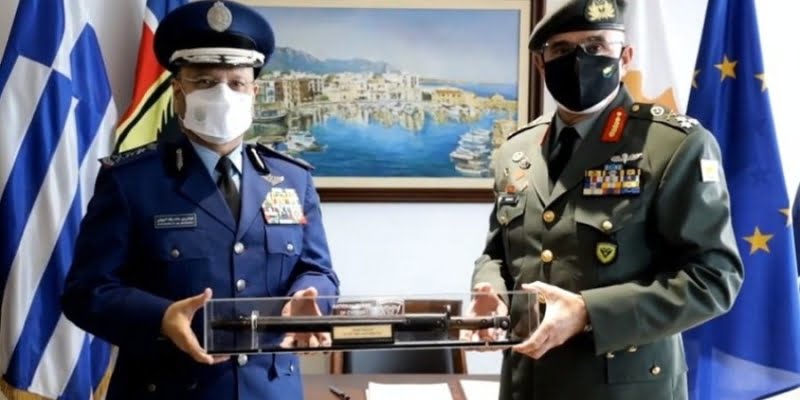 The "mutually strong" will to further deepen the strategic relationship between the Armed Forces (AF) of Cyprus and Egypt to address the common challenges they face, the Chief of the National Guard, Lt. Gen. Demokritos Zervakis, and his Egyptian counterpart, Lt. Gen. Osama Rosdi Askar, confirmed on Thursday.< /p>

A related announcement states that during the meeting at the Headquarters of the Armed Forces (ED) of Egypt, in the context of Lieutenant General Zervakis' visit to Egypt, to monitor the Multinational Exercise “MEDUSA 12/2022”, the two Chiefs, “proceeded in a initial evaluation of the exercise». In addition to highlighting the "excellent" designed and conducted by the personnel of the four participating countries, as well as "and the steadily increasing interest of other friendly countries to join it, recognized the contribution of both exercise MEDUSA and other similar international exercises to regional security and stability", it is added .

It is reported that they also discussed the current developments in the eastern Mediterranean and the Middle East as well as other issues of wider global and regional security and stability, such as the situation in Ukraine and Libya.

"In addition, there was a review of the progress of the implementation of the Bilateral Defense Cooperation Program as well as the corresponding Tripartite with Greece for the current year, as well as an extensive exchange of views regarding the actions planned to be included in the respective programs for 2023, the conclusion of the which is in its final stage”, it is noted.

The Head of the EF, in this context, thanked his counterpart "for the excellent cooperation" but also hosting the personnel and means of the National Guard both for exercise MEDUSA for the sixth consecutive year, as well as for other actions taking place in Egypt, and expressed the intention to continue and expand it in other areas as well, the announcement states.

Lieutenant General Askar, it is added, returned the thanks for the cooperation as well as for this year's large participation of the National Guard in the exercise and noted in his turn that there are many areas of common interest that the EDs of the two countries can mutually benefit.

"The two Leaders also recognized that beyond the purely operational training and cooperation, the development of corresponding social actions with the aim of further developing interpersonal relations and knowledge of the culture of the two countries plays an important role,", it states. In this direction, it is added, "they characterized as important  the initiative that started in October 2022 with the hosting of families of Egyptian ED executives in Cyprus and the upcoming corresponding hosting of National Guard executives in December in Egypt».

The meeting ended with the two Leaders acknowledging that the challenges faced by the two countries "are common and confirming the mutual strong will to further deepen the strategic relationship between the EDs of the two countries to address them", it is reported.

According to the announcement, the meeting of the two Leaders is a continuation of the high-level bilateral contacts at the civil-military level between the Republic of Cyprus and Egypt, as well as the corresponding tripartite contacts with Greece. He also confirms "the excellent relations and the multi-level  strategic cooperation» which has developed between the two countries and continues to steadily evolve and strengthen, based on principles and rules of international law and which is based on the common vision and goal of effective management through bilateral and multilateral cooperation of security challenges and the maintenance of peace and stability in the wider region of the Eastern Mediterranean, concludes the announcement.