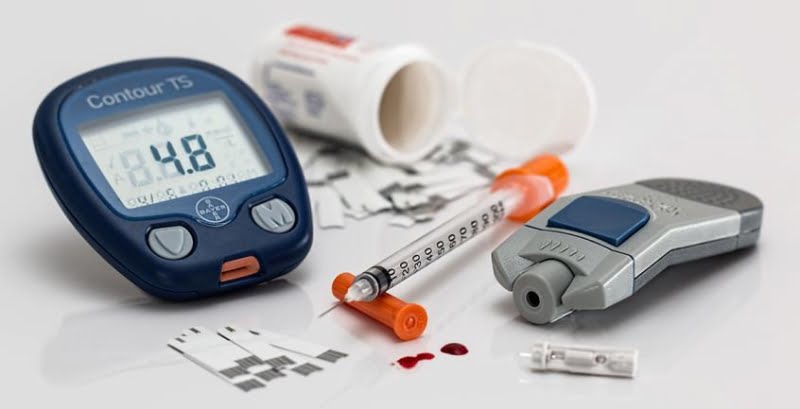 Mr. Hatzipantela was speaking at a press conference for World Diabetes Day, at the Ministry of Health. “The increasing trend of diabetes  it adds a lot of pressure on healthcare professionals who need to manage time effectively to provide the best possible guidance and care for people living with diabetes,” he said.

Therefore, he added, “the continuing education of health professionals should be a priority for policy makers in their states”.

According to the Minister of Health, diabetes in our time is now a rapidly growing disease and has become a global epidemic and a major Public Health issue. Data from the International Diabetes Federation state that worldwide one in 10 adults live with diabetes.

In addition there is a growing list of countries where one in five or more of the adult population lives with Diabetes. Since 2000 diabetes has more than doubled, from 4.6% of the population to 10.5% today. Without sufficient action to address the situation, it is projected to rise to 11.3% of the population by 2030, he said.

The Ministry of Health, noted that through the update of the National Diabetes Strategy, the strategic objectives of prevention, early diagnosis and treatment, care, recording of cases and research will be determined which will determine the next essential steps of the Ministry of Health for this major public health issue.

At the same time, as he said, actions are being taken through the National Diabetes Committee to recognize the specialty of diabetes, an action that will significantly contribute to better service to patients. Mr. Hatzipantela also mentioned that the Ministry of Health aims to continuously improve the  diabetes clinics in OKYPY hospitals as well as the encouragement for the creation of such holistic centers in the private sector as well.

He mentioned that the Diabetes Clinics operating in OKYPY General Hospitals in all provinces are staffed by medical officers and nurses who have received specialized training in University Clinics abroad, based on the most modern protocols, for the proper management of the person with diabetes.

He added that the new Larnaca General Hospital operates the Diabetes Center, which provides a holistic approach to diabetes issues by providing the patient with the best possible care he needs.

According to Mr. Hatzipantela, in addition to the daily operation of a diabetes clinic, there is a diabetic foot clinic and a gestational diabetes clinic, while  at the same time, a telephone line operates daily with patients, giving them advice on various issues that concern them, from a specialized nurse. which are fitted with continuous sugar monitoring devices, contributing decisively to the assessment of each child and the implementation of individualized treatment.

He also mentioned that the Ministry of Health, in order to cover the needs of the patients, pending the completion of the procedures by the OAU, has equipment and consumables for children  up to 18 years of age with Type I Diabetes both for the administration of insulin through a transdermal pump (patch) and of the continuous recording of glucose through a special sensor, which are available through the GN Limassol and the Makarios Hospital.

< p>A statement from the National Diabetes Committee states that the message for the three-year period 2021-2023 calls for attention to be focused on efforts for “Access to Integrated Care” in order to reduce the incidence of diabetes and its complications.

The this year's 2022 message refers to easy access to comprehensive care that addresses education: “Continuing Education for Future Protection,” it notes.

The Ministry of Health, among others, states, “for the best possible treatment of diabetes in Cyprus, through the National Diabetes Committee, it supports the cooperation with representatives of all those involved”. In the Committee, it is added, “the scientific community, organized patients, and a representative of the Editors' Union participate”.

The President of the National Diabetes Committee, Iosif Kassios, referred to his welcome statistics showing the rapid increase in sufferers around the world to emphasize the need for diabetes management practices that will ensure quality of life for patients, without complications. As he said, in 2021, according to the International Diabetes Federation, there were 537 million adults suffering from diabetes mellitus, while this number is predicted to reach 643 million by 2030 and 783 million by 2045.

“The numbers are staggering, so we have to take action to deal with the problem that is coming,” he added. He also said that diabetes was responsible for 6.7 million deaths in 2021, or one death every five seconds. Asked about the extent of the problem in Cyprus, he replied that there are no recorded figures, but it is empirically estimated that the number of diabetes sufferers in the country is 10%.

Mr. Kassios emphasized, finally, that ” Acknowledging the specialty of diabetes is a must if we are to give our 100,000 fellow diabetics what they deserve.” He added that “there are 49 doctors registered with the Diabetes Association and 19 of them are endocrinologists, who can practice diabetology anyway, but most of them are not registered with the NHS and those who are registered, do not have time to serve our patients” . He concluded by appealing to the Minister to contribute to the settlement of the specialization issue.

Source: www.reporter.com.cy
Share
Facebook
Twitter
Pinterest
WhatsApp
Linkedin
Telegram
Previous article
“Christmas packages of love” again this year from the Municipality of Limassol
Next article
A spectator filmed a nude scene in the theater – “If you have the slightest sense of humor…”
- Advertisement -