Anastasia Anthousi: The cooperation of voluntary organizations with local agencies is necessary 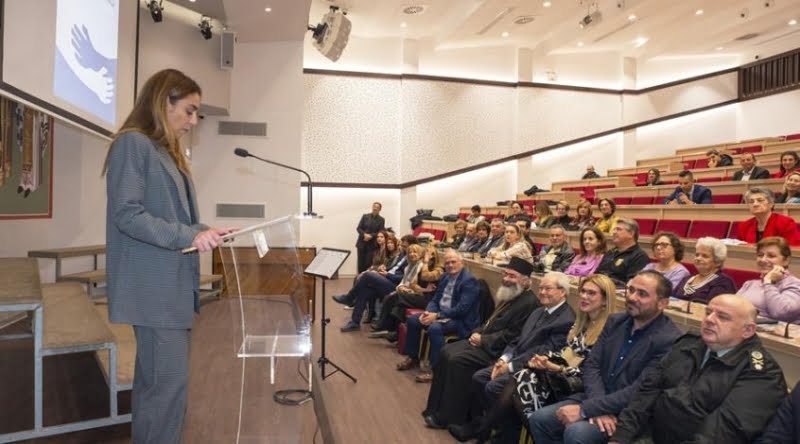 In order to ensure better quality services to the citizen, the cooperation of voluntary organizations with all local bodies and the state is necessary, the Deputy Minister of Social Welfare, Anastasia Anthousi, said on Tuesday evening, expressing the state's thanks to the Limassol Provincial Volunteer Coordinating Council ( YOU).

In her greeting at an ESSE Limassol event, on the occasion of the International Volunteer Day, which was celebrated on December 5, Mrs. Anthousi said that the new and constantly changing social needs require flexibility and friendly cooperation between all the agencies that operate in the field of social care.

“We believe that the cooperation of voluntary organizations with all local bodies and the State is necessary, to ensure better quality services to the citizen”, he said and added that the efforts of the Deputy Ministry.

In particular, he continued, recognizing the contribution of organized civil society, the Deputy Ministry of Social Welfare, through the State Support Plans managed by the Social Welfare Services, supports the efforts of Non-Governmental Organizations for the development and provision of social care programs.

Indicatively, he stated that in 2021, a total of 281 programs received financial support aimed at covering part of their operating costs as well as other needs, with a total amount of more than €12.7 million.

< p>For the current year, she indicated, the final total amount to be given is expected to exceed €14.5 million, while she expressed her satisfaction that most programs continued to operate from previous years and the interest in developing new programs as well, so as to meet emerging needs of Cypriot society.

For 2023, according to Mrs. Anthousi, an amount of €18 million was included in the budget of the Deputy Ministry, for the grant of social care programs by Local Government Authorities, Non-Governmental Organizations and other agencies.

He assured, finally, that the Deputy Ministry of Social Welfare will continue to provide all possible support to voluntary organizations, “so that we can all contribute to the social development and progress of our country”.

On behalf of the Municipality of Limassol, the Mayor Nikos Nikolaidis, after thanking ESSE Limassol for the huge, as he said, contribution to the city's society and the citizens in need of support and assistance, noted that, at an institutional level, it is absolutely necessary the unification and coordination of state, local government, church and social agencies with the aim of alleviating social problems.

“On the part of the Municipality of Limassol, it is our belief that the Local Government can and should play a primary role in these matters, because, like the church, it is an institution that is closer to people and their daily needs”, he added.

Saying that the Municipality of Limassol has set, in recent years, as its goal the upgrading of its involvement and the expansion of its programs concerning social care, he recalled the creation of the Emergency Center and the Support Center and Homeless Reintegration PLAN, the completion of the Adult Center on Filellinon Street and the Multifunctional Social Services Center of Misiaulis – Cavazoglou.

With reference to the project of building 600 residential units of affordable housing in the areas of Agios Nikolaos and Agios Ioannis, for which there is an agreement with KOAG, Mr. Nicolaidis expressed the wish that any obstacles that exist in terms of financing the project by the COAG. He also underlined that the commitment of the Municipality remains undiminished for the project and that he also wants to believe that  it also applies to the government.

Finally, he assured that the cooperation of the Municipality of Limassol with ESSE Limassol will be protected and further strengthened, for the good of the city.

Greetings at the event, where the value of volunteering and the work carried out by the Limassol Provincial Volunteer Coordination Council was underlined, addressed by the Regional Bishop Amathusntas Nikolaos and the President of the Council, Stavros Olympios.