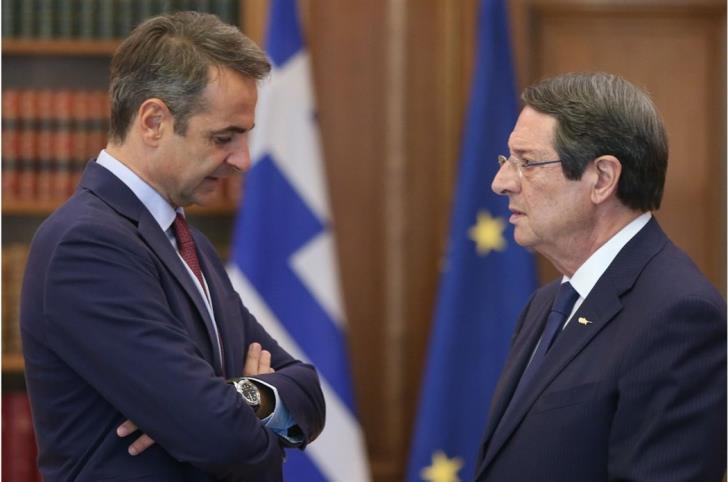 The challenges of Turkey from the eastern Aegean to Cyprus will be put on the table in today's working meeting that Nikos Anastasiadis and Kyriakos Mitsotakis will have in Nicosia. The presence of the Greek Prime Minister (for the DISY conference) offers a first class opportunity to the two leaders to examine the situation as it is shaped by the Turkish provocation and to look for an antidote to the threats. & Nbsp;

Both Nicosia and Athens have made it clear from the beginning that they do not intend to follow Turkey in its tactics of provocation. An approach that is estimated to work and, as diplomatic circles point out, is evident through the positions of both the European Union and Germany. Also noted is yesterday's meeting of the Greek and Turkish Defense Ministers, with Athens estimating that it arose from the fact that Ankara realized that the tactics of the ensuing tensions were harmful. & Nbsp;

READ ALSO: & nbsp; Turkish challenges, Cypriot and Ukrainian will be discussed by the PD with Weber and Mitsotaki

Today's meeting of the leaders of Cyprus and Greece will discuss everything the range of issues that concern the two countries with a main focus on the Turkish challenges. It is estimated that Turkey will one way or another maintain the climate of tension in the wider region. While the information states that Tayyip Erdogan is preparing for a new show in the occupied areas in July. It is not ruled out that he may combine a new visit with challenges either in Varosi or in the Cypriot EEZ. & Nbsp;

Nikos Anastasiadis and Kyriakos Mitsotakis will also have the opportunity to coordinate their actions in view of the contacts they will have next week at the Brussels European Council. & nbsp;