Annita Dimitriou: The impressive course by the community council of Troullos in the Presidency of the Parliament 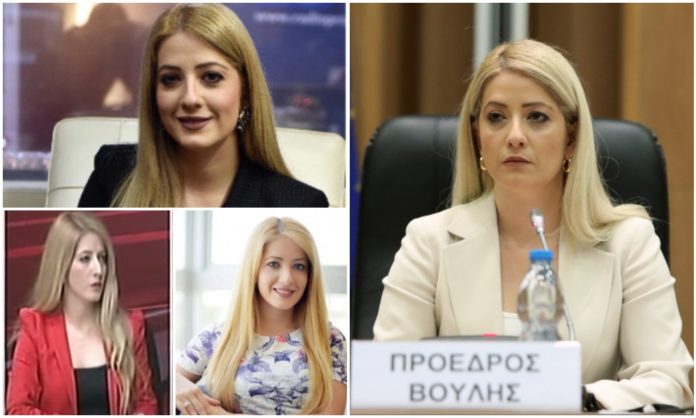 OKYPY: Serious cases of Covid19 under 40 years in hospitals

Argyridis: “The delay is not reasonable – Pleasant news will come”

The Annita Dimitriou phenomenon is one that is rarely encountered in the conservative context of Cypriot political life.

A woman at just 36 years old and with a relatively short political and professional career in the back, managed to write history yesterday, after becoming the first woman and the youngest man to sit in the chair of the President of the Legislature, as the second-ranking official of the Republic of Cyprus.

The course of Annita Dimitriou in recent years would not be an exaggeration to be characterized as leaps and bounds.

Prior to her election as an MP, she presented the main news bulletin of Capital TV on weekends.

At the same time she worked at UCLan Cyprus University as a Public Relations Officer, while she participated voluntarily in various organized groups. She has been married to Andreas Kyprianou since 2013.

In the 2011 Community elections with DISY, she became the first woman to be elected community councilor in Troullos. In the period 2013-2015 she was secretary of the local committee DISY Troullon, but also financial manager of DISY Larnaca in the years 2014-2016.

On April 5, 2016, in the internal party elections of DISY for the selection of the candidates that would make up the party ballot for the Parliamentary Elections of 2016, Annita Dimitriou was selected as the party's candidate.

However, at the DISY Politburo meeting that followed, after being pressured by the party leadership, she was forced to withdraw her candidacy. This development provoked several reactions inside and outside DISY, with the President of the party, Averof Neophytou, finally revoking his decision and giving it the right to run as a candidate. In the elections, he was elected MP in the Larnaca Constituency with DISY for the PPC Parliamentary Term.

OKYPY: Serious cases of Covid19 under 40 years in hospitals

Argyridis: “The delay is not reasonable – Pleasant news will come”

Aura Patisserie: Taste of Paris in the center of Limassol

This website uses cookies to improve your experience while you navigate through the website. Out of these, the cookies that are categorized as necessary are stored on your browser as they are essential for the working of basic functionalities of the website. We also use third-party cookies that help us analyze and understand how you use this website. These cookies will be stored in your browser only with your consent. You also have the option to opt-out of these cookies. But opting out of some of these cookies may affect your browsing experience.
Necessary Always Enabled

Any cookies that may not be particularly necessary for the website to function and is used specifically to collect user personal data via analytics, ads, other embedded contents are termed as non-necessary cookies. It is mandatory to procure user consent prior to running these cookies on your website.