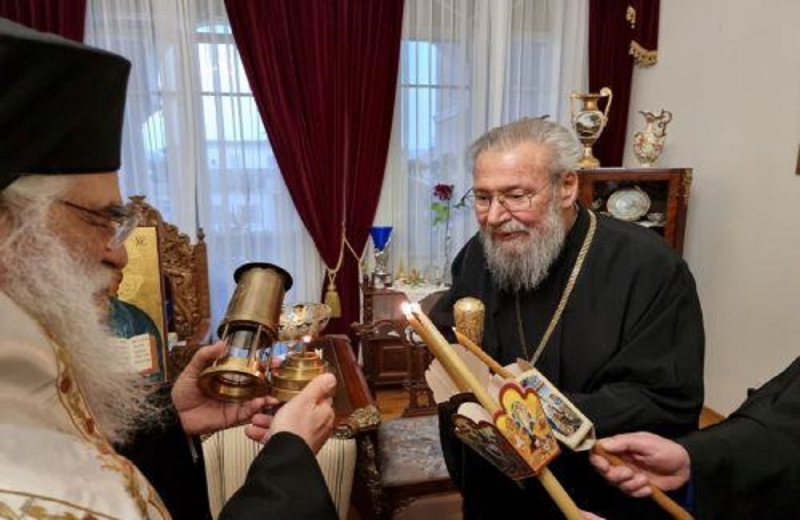 The invasion of the Russian forces in Ukraine, but also every invasion, deserves the pain and the historical pain that we experienced as Cypriot Hellenism, says the Archbishop of Cyprus Chrysostom II, expressing the Church's opposition to any war invasion.

In the Easter circular that was read after the sequence of the Resurrection in the holy temples of Cyprus, the Archbishop also refers to the Cyprus issue, saying that “it is a great mistake to make any other retreat against the conqueror”.

“Since February 24, we have all been watching with deepest pain the invasion that Russia, a Christian country, has waged against another Christian country, Ukraine,” he said, noting that we are all witnessing the horrors of war, the death of dozens. thousands of people on both sides, the destruction of entire cities and the downfall of important historical and cultural monuments.

pain of orphanhood or even uprooting in the eyes of thousands of young children.

“For us, however, the invasion of Russian forces in Ukraine, but also any invasion, is worth the pain and historical pain, which we experienced as Cypriot Hellenism 48 years ago, in 1974, with the occupation of 37% of our territories, the “Refugees of 180 thousand of our compatriots and the tragic toll of three thousand dead and missing” notes.

As members of the Church of Christ, the Primate of the Church of Cyprus continues, we boldly declare that we are against any military invasion of one country against another. We declare, he adds, respect for the preservation of the territorial integrity of the countries of the world and, in particular, for the preservation and protection of human life and property of every human being.

“We, as Cypriot Hellenism, for almost half a century, are still suffering the tragic consequences of the Turkish invasion. And despite all the painful concessions we have made, in a sincere effort to find a peaceful solution to the Cyprus problem, this not only remains unresolved, but, on the contrary, we accept threats to settle the enclosed area of ​​Varosia, with obvious Turkish methodical intentions for occupation. of all of Cyprus “says. , as he says, would be the beginning of new Turkish accomplishments. “This is what Erdogan had in mind when he made his Oriental theatrics, inside the once historically and culturally prosperous but now desolate city of Famagusta,” he continues.

He adds that “the 'influenced ofrin' of the conqueror was humiliated by the patriotism of our people with the proud and patriotic attitude, which he observed, with the help of Divine Providence, since the weather phenomena of that day were so strongly that they forced him to retreat. “

the consolidation of the perpetrators of the invasion. “Therefore, we must realize that it is a great mistake to make any other retreat against the conqueror,” he notes.

In closing, the Archbishop of Cyprus refers to the message of the day, saying that we the victory of life over death, the victory of apology against hatred, expressing the belief that Golgotha ​​and the Crucifixion will be followed by the joy of the Resurrection and for the homeland.