At 1.3 billion euros, the budget of the Ministry of Foreign Affairs for 2023 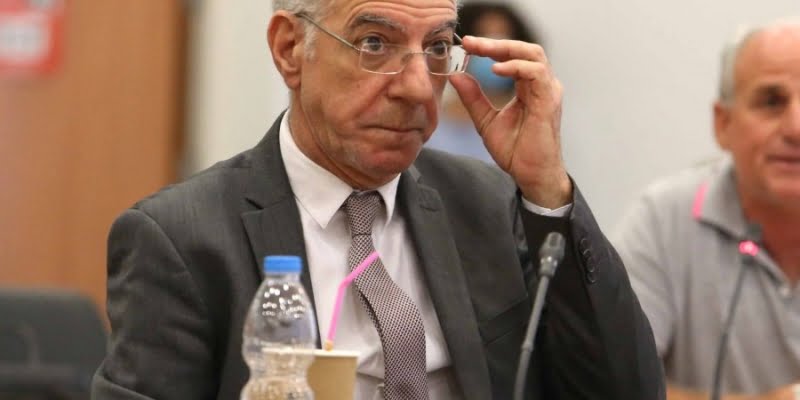 In his statements before the start of the session of the Finance Committee of the Parliament, Mr. Prodromou said that based on the economic policy “that allows us to have impressive growth in our country, having overcome the very difficult period of the pandemic, fiscal margins are created that they also allow the Budget of the Ministry of Education, Sports and Youth (YPAN) for the year 2023 to be presented increased».

"That is, the Budget of the Ministry of Education exceeds 5% of the Gross Domestic Product. Because we are at the end of this administration, if we compare the 2023 Budget with the first year of the administration cycle, i.e. 2018, we have an increase of 26%. The MFA Budget will even be strengthened by the "Cyprus_Tomorrow" Plan, our National Recovery and Resilience Plan with investments and financing of reforms, amounting to €97 million», he added.

Of course, continued Mr. Prodromou, beyond the numbers I should note that with this Budget we support the educational reform project that is in the Government Program of the President of the Republic.

"Reform, which continues to evolve, among other things, with the new merit-based selection process for teachers. Since 2018, 3,000 teachers have been appointed to schools through a competitive process, while at the same time we continue with appointments from the list of appointees. In this way, the quality of the teaching staff is improved, while based on the available data, there is also a significant age renewal, he added.

At the same time, he said, the other major reform for the evaluation of students/three of Secondary Education.

"After it was implemented in the high school cycle, this year it is being extended to high schools as well. We are already making use of the reliable results available to us for the improvement of each of the students as well as the schools and as the Ministry of Education we are planning some improvement adjustments to the curricula. Certainly the biggest reform included in the Governance Program is the creation for the first time in our country of a Deputy Ministry of Culture. A special state structure for culture, with which henceforth opens a new era for culture policy,' he added.

At the same time, the Minister of Education said that through the newest needs, other major reforms have emerged, first of all the digital transformation.

"The digital transition already characterizes our school and it is, I believe, very important that digital technology is already inside the schools. While there are also  actions in the 2023 Budget to create 6,600 classrooms – i.e. all classrooms to become digital – as well as funding through the Recovery and Resilience Plan to children in Primary and Secondary Education to acquire an individual electronic device. Of course, the very large project for the electronic governance of the school has also started,  and in the coming years a new school, upgraded, in the digital age, will be the daily reality”, he added.

At the same time, Mr. Prodromou said, the great reform for the green transition is equally important. .

As he mentioned, a very important project in the context of the energy economy with Renewable Energy Sources is the installation in 405 school buildings of special insulation and photovoltaic systems.

«The PEDIA Project is also important for the creation, in a pilot phase, 25 schools with almost zero energy consumption, but also the continuous development of the network of Environmental Education Centers, he added.

He also stated that all reform actions of the Ministry will be analyzed and presented, among which the completion of the Teacher Evaluation Plan and the Education Project certainly stand out.

Specifically, the Minister of Education continued, there are two assessment plans, one for Primary and one for Secondary Education, which are currently undergoing legislative processing, and will then be submitted to the Parliament.

As he said, there are many reforms that we can support and we are already implementing the Budget with this.

He noted that a large part of these reforms I am sure will continue in the coming years, because they are reforms that lead to the cultivation of 21st century skills, as defined by the European Strategy for 2030, as well as to making use of modern technological capabilities, adopting pedagogical methods with the enhancement of participation and project-based learning.

"Additionally, the reform is in a pilot phase, which has started to create a Full-Day High School structure in Secondary Education and in general to have a school that will respond to today's and tomorrow's needs, technological possibilities and trends of our society. That is, without losing his orientation, to give the basic knowledge and values ​​to the children: our language, the sciences but also foreign languages, he added.

He noted that in recent years the European policy for two foreign languages ​​has been implemented in Secondary Education with the generalization of the teaching of French as well as the free certification of knowledge of foreign languages, English and French, for school children.

The Minister of Education also said that together with the enhanced 2023 budget, the Plan "Cyprus of Tomorrow" allows them to design the school of tomorrow».

AKEL Member of Parliament Christos Christofidis, in his statements, said that "the Anastasiades-Synagermou Government has, unfortunately, failed in the field of education".

On the contrary, said Mr. Christofidis, "we have a system which, with the political decisions of the rulers, is a system of intensive process for teachers and students to constantly chase the material of the continuous exams".

"A system that makes children not love school, not be happy at school and parents and students run in the afternoons to tutoring and private lessons. It is a situation we are living in and which has been intensifying in recent years. “The school didn't turn into that overnight,” he added.

He also said that it is a process that is due to an industrial philosophy, let me say, that the rulers have for the education system.

" As in factories, where you have to constantly measure productivity, so inside the school, turning students into cogs, you have to constantly measure their performance. Ap’ beyond that, we are talking about a government that has been in direct conflict over the years with the greatest wealth we have in schools, along with our students, our teachers. It is the government, which has put ten thousand teachers on the street,», he added. to workers through the purchase of services and ignores all court decisions that justify these teachers”.

"It is the Government that has rejected the law proposal that we submitted as AKEL, to solve the problem with indefinite-term teachers. It is the government that is not talking at all with the education organisations, especially on the top issues that are before us. It is the government, which is opening a window to the privatization of compulsory public pre-primary education with the voucher policy, he added.

He also mentioned that the government's proposal that due to temporary building problems, we will give vouchers to kindergarten children to choose where they will study or where they can find to study, is a logic which, if left, may very well be extended to high school tomorrow both in high school and in elementary school and to turn free public education into voucher education.

"It is the government that has particularly hurt children with disabilities. We have been waiting ten years for the modernization of special education legislation. No initiative to date. Experts were called in, the Republic of Cyprus paid too much money and ten years later, no modernization of the legislation. Instead, he takes us back with the ceilings he puts on the attendants. In other words, it gives a number of companions, which must be distributed to children with disabilities regardless of the problem and needs they have, he said. overall picture, we must once again express our disappointment for the course taken by the country's educational events in the last ten years.

"Cyprus has wonderful material. We have young guys with an appetite. We have teachers with excellent education and potential. We have parents, for the vast majority of them, the education of their children is their priority. Unfortunately, however, we do not have the education we deserve and another course is needed, he concluded.