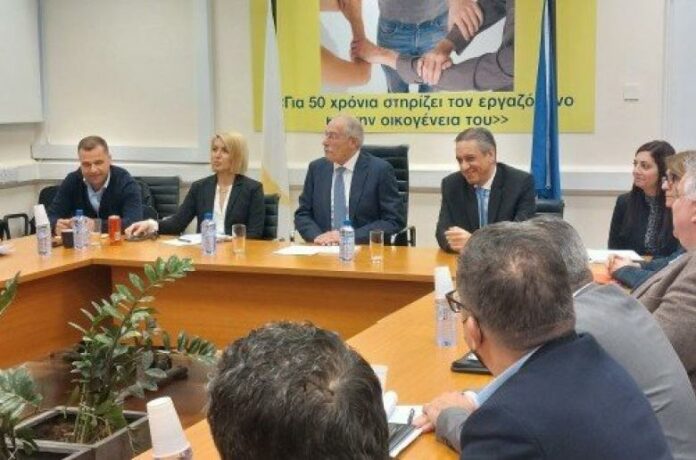 “Who will they push”, asked President of the Republic, Nikos Anastasiadis, referring to the general strike announced by the unions on January 26 due to the deadlock at ATA, thus sending a clear message that the current government is not going to intervened in the whole issue, while at the same time addressed a call for the suspension of the measures.

At the same time, however, the unions are not discouraged by the statements of the PtD and announce that the strike will take place strong>thus sending their own message.

As reported by union circles in Brief, the strike will take place, hoping even now for the intervention of the Minister of Labor, even if and if Kyriakos Kousios himself mentioned in his previous statements that he is not going to submit any compromise proposal and while the President of the Republic emphasized that he is not going to decide on something that will bind the next government. p>

In Briefthe General Secretary of the SEC, Andreas Matsas, who when asked about this, answered that they have already asked for the positions of the candidates for the ATA and while next week they will also meet with Andreas Mavroyiannis, awaiting at the same time the answers of Averof Neophytou and Nikos Christodoulidis . There had been a meeting with Achilleas Dimitriadis.

When asked about if there is a possibility that the protests will be suspended, Mr. Matsas said that for this to happen there would first have to be a differentiation in the positions strong>of the employers' organizations and to agree on the full restoration of the ATA in a reasonable timetable.

For their part, the employers' organizations have already informed their members that the ATA continues at 50% of the annual increase in the Consumer Price Index, which translates into a wage increase of 4.36%, for 2023, while at the same time the employers' organizations themselves appealed to the trade unions not to resort to measures and to continue the consultationsimmediately after the new government takes office.

The same as what the PtD stated about ATA

strong>the President of the Republic said that “what I want to point out is that the present Government reinstated what was abolished, that is, ATA, with a decision that covered or satisfied 50 percent of the workers' right to ATA. We have made efforts, there are such divergent views between employers' organizations and workers that there needs to be a real will on the part of everyone so that there is an agreed settlement of the matter, which the Minister of Labor has made considerable efforts to achieve. Furthermore, we cannot intervene in a way that subverts or takes away or denies rights.

What I want to say is that the present Government has brought back something that was abolished in the previous one in 50 percent. What is required is one. A responsible attitude from everyone and I wonder what will honestly serve the transitional government during this period, because we are in a transitional Government period since on February 5 and 12 we will have possible elections, why should there be a general strike, who will they pressure? What, apart from the economy, will they damage?

I am making an appeal to the trade unions. To suspend the measures and say that after the presidential election there will be an effort, since for 2023 50 percent is guaranteed, since the workers' unions accept a gradual return to full rights based on the ATA, why not leave it for later time, so that the present Government cannot commit, which it is not allowed to commit, the Government that follows”.