Averov: He sent the message that he will be the winner of tomorrow's elections 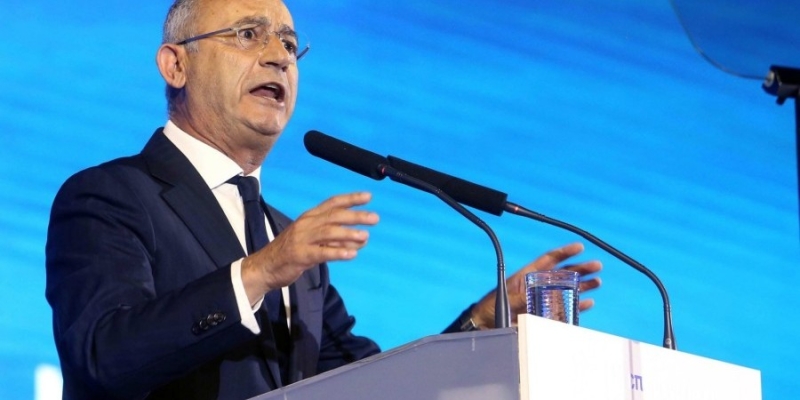 The message that he will be the winner of tomorrow's elections was sent from Paphos by the candidate for the presidency of the Republic, DISY president Averof Neophytou, speaking at a pre-election gathering in Paphos, adding that today the slogan of the new victory for our country is being sent. Among other things, Mr. Neophytou stated that, “day by day society understands“, adding that the voice of the citizens is finally speaking, the mass presence is speaking  of citizens and their own message.

Addressing the attendees,  Mr. Neophytou said that they are the best answer and the best poll. Here in Paphos, go on, in the model city, in the city  of culture and history, in the city  of the tangible work for all citizens, which is a strong proof of knowledge, experience and efficiency, a combination of leadership ability and support of the State.

He then referred to the "cosmology of works" that took place in all the Municipalities but also in the communities, all with the practical contribution of a government, the government of Nikos Anastasiadis and a faction that have only brought good to ’ this place.

Mr. Neofytou expressed the certainty that citizens understand who can get  on their backs the burden and who are willing and proved it, that they put their backs for the place. Who, he said, are beneficial and effective for the country as a whole but also for each individual citizen. Who can really rule.

Mr. Neophytou said that as yesterday from Paralimni, so today from Paphos the message is being sent that they are not willing to hand over the keys to those who unwittingly led them to the country's bankruptcy, nor will they hand over the keys of governance to an unarmed consortium, "you will not gamble with the fortunes of the country, and you will not throw away your own sacrifices". He stated that he will take the next step with the citizens with a strong economy, with a united homeland, with decent citizens.

In addition, Mr. Neofytou noted that in recent months he went everywhere as he has been doing for 35 years, while he was given the opportunity, as he said, to talk to thousands of his fellow citizens, workers, employees, self-employed and entrepreneurs, with the proud agricultural world, with families who struggle hard, but also mothers who manage to raise their children alone,  young people full of dreams and hope for tomorrow.

He also assured the young men and women that we will "take off  our place to spread your wings for a better Cyprus and for a better tomorrow”. He also met, he continued, senior citizens who care about the future of their grandchildren and children, he met refugees who still plan to return, regardless of their beliefs, noting that his fellow citizens share the same concerns with them and worry about the dangers that a crisis can bring to their work.

He also said that he will take the next step with the citizens, with a strong economy, with a united homeland, with decent citizens. Mr. Neofytou said that with the help of the citizens, he will once again be at the helm of our country to successfully face the challenges ahead. I am, he said, "proud that together with our government, I starred together with our Parliamentary group, our Mayors and our elected state officials  officials in the country's development path, but primarily that we have rebuilt the country's credibility.

He added that a leader's job is not to caress ears, but a leader's job is to tell the truth and take care of the future to lead, not to be led by those who support him. He also continued to turn risks into opportunities, to take initiatives, to provide solutions and to bring results, noting that this is how successful countries stand out from failed ones by the ability of their leaders. Mr. Neofytou noted that with the reserve they created, they are proceeding with the biggest tax reform the country has ever seen, without risking the country's fiscal stability. He also added that what he sees and hears in the last few days is that those who led with their reckless economic policy,  who did not follow the rule of fiscal discipline and bankrupted the country, teach them lessons in financial responsibility.

We built, he continued, «strong foundations in the economy to be able to beat social inequality by giving tax breaks to 126 thousand  households with a population of 500,000 in order to support for the first time what we have been saying for decades, the middle class that pays taxes without receiving dividends, he concluded. Christodoulidis

Source: www.sigmalive.com
Share
Facebook
Twitter
Pinterest
WhatsApp
Linkedin
Telegram
Previous article
UN: We reject the allegations of a discriminatory attitude in the Cyprus issue
Next article
AstroBank: The challenges facing the economy internationally at the center of discussion
- Advertisement -