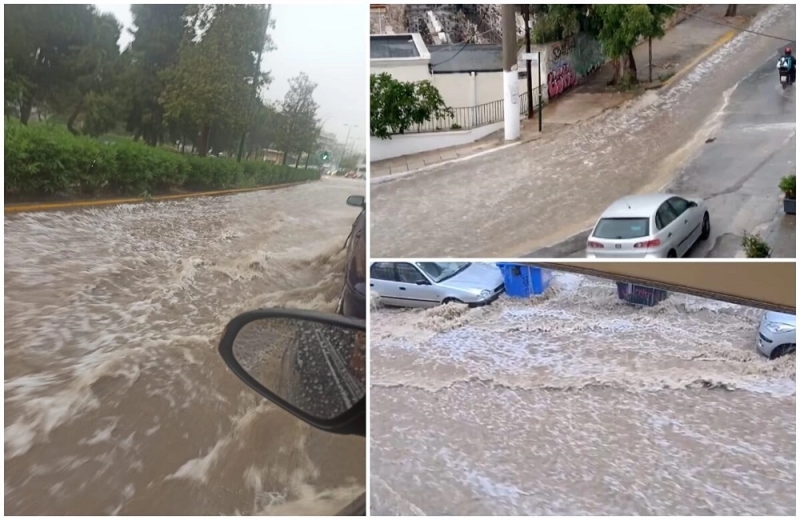 In the river Fleming Avenue in Rafina was transformed in just a few minutes.

As you can see in the images recorded by the camera lens of irafinagr.gr, from the Crossroads to the center of Rafina there are many points that need attention. Bad weather Genesis, which brought large amounts of water, has created problems in Arionos but also in Chrysostomou Avenue of Smyrna from the height of the distribution center of ELTA to the swimming pool to Artemida. It has caused many problems in several areas of eastern Macedonia and Xanthi the bad weather that has been going on since noon on Friday, while the authorities in Serres are on standby for possible movement of large quantities of water in the riverbed of Strymon from neighboring Bulgaria.

In the city of Xanthi the intense problems created in the neighborhoods of the city but also in main roads with many cars being swept away by torrents and ending in open ditches and potholes forced the municipality to seek the assistance of the Prosecutor's Office.

The municipal authority claims that the huge problem was caused by the works carried out for the installation of the gas pipelines but also by the delay of the contractor to restore in time the road. As a result, many roads and sections have been flooded, causing images of chaos in the heart of the city and neighborhoods.

In fact, the municipality of Xanthi with its announcement late last night made it known that a report was submitted to the Prosecutor of the Court of First Instance of Xanthi & # 8220; to avoid accidents to pedestrians and vehicles from the large holes that have formed in the city streets with a sufficiently deep depth & # 8221 ;.

In the city of Kavala the biggest problem is located in the coastal zone of the municipality of Paggaio and especially in the beach of Ofryni (Tuzla) in the wider area of ​​Strymonikos gulf. Heavy and long-lasting rainfall resulted in the formation of torrents while the main road of the coastal tourist settlement was cut in places.

The fire service received a call late in the afternoon for the release of a family of five from their home due to the high water level in the area of ​​Ofryni beach and they were transported to a safe place. In many points along Ofriniou beach, the provincial road network was inaccessible as floods had formed, while a junction of Egnatia near a rural area was closed.

As emphasized by the management team of the network of meteorological stations of Kavala, Meteokav.gr & # 8220; in Ofrynio, the station of the area recorded daily rain at the height of 129mm, 129 liters per square meter. The explanation lies in the fact that in the wider area, in addition to the passage of the disturbance from the southwest, a strong convergence of winds developed at the same time, which created individual very strong nuclei in the multicellular storm that was essentially moving with the disturbance. As a result, the phenomena in the wider area have a longer duration and intensity & # 8221 ;.

Problems were caused by the intense and prolonged rainfall in the city of Kavala where there were falls trees, while in many neighborhoods there was a power outage in public lighting in streets and neighborhoods. Authorities on alert in Serres

On Serres authorities are on full alert as in the last 24 hours they received a notification from neighboring Bulgaria that they will release quantities of water in the riverbed of Strymon.

The deputy governor of Serres, Panagiotis Spyropoulos, speaking to APE & # 8211; EIA stressed that the whole situation in Strymon is in complete control, noting that & # 8220; we are ready to face any problem that may arise. In P.E. Serres fortunately do not have significant problems this time and this thanks to the flood protection works that were carried out throughout the previous period, a fact that prevented the occurrence of severe flooding. Where we have now focused our attention is on the further shielding of the areas & # 8221 ;.

A sudden downpour that occurred at around 8pm on Friday in the coastal area of ​​Gialova brought… to shops in the area.

According to gargalianoionline, officials desperately tried to save anything, but the storm & # 8220; picked up & # 8221; umbrellas, chairs and tables. 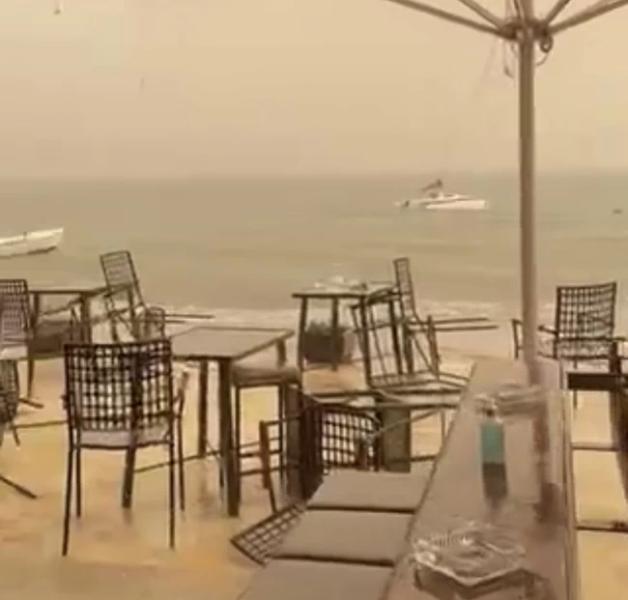 During the noon and afternoon hours, Epirus, western Macedonia, Sterea (including Attica) and the eastern Peloponnese will be temporarily affected.

Therefore, the operational plan for dealing with the risks of floods, as well as their accompanying phenomena, remains in place, while the Fire Services of the areas where the phenomena are expected to develop remain in a state of increased readiness and further escalation, if required. dispersal of personnel and vehicles in order to deal immediately with any problems.

We strongly advise citizens in the affected areas to follow the following basic guidelines: