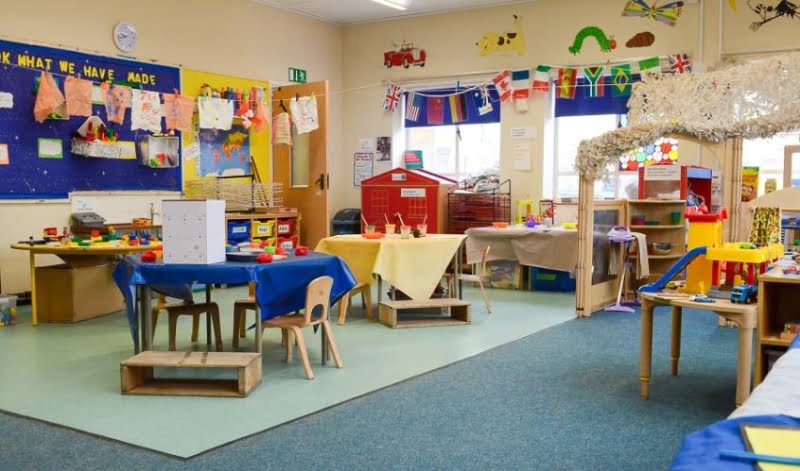 The article-by-article discussion of the bill and the regulations, which provide for the extension of compulsory pre-primary education from the age of four, continued before the Parliamentary Committee on Education, with the members of the competent Committee expressing the hope that the said bill and the relevant regulations to be taken to the Plenary for voting before the end of the year.

Based on the current legislation of the Law on Compulsory Attendance and the Provision of Free Education in Primary and Secondary Education, compulsory pre-primary education concerns the age group of four years and eight months to six years.

In the framework of the National Recovery and Resilience Plan 2021-2026, includes the reform regarding the extension of compulsory pre-primary education from the age of four.

It is noted that the implementation of this specific reform will ensure the now universal attendance of children aged four to six in educational programs, which will operate exclusively in public, community or private kindergartens, under the supervision of the Ministry of Education.

According to with the explanatory statement, the implementation of the reform will take place gradually and will be completed in three phases.

In the school year 2025-2026, the project will be fully implemented by extending the age limit for admission to compulsory pre-primary education, by eight months.

It is noted that children's attendance during the three phases will be compulsory and free of charge.

Based on the existing legislation “compulsory pre-primary education” means the compulsory attendance of a child in kindergarten, which also includes the pre-primary class.

It is understood, further, that “pre-primary class” means the compulsory class of a child's attendance at kindergarten, lasting one year, before his attendance at primary school, in which children of admission age attend, as defined from time to time by the Council of Ministers.

Also, the legislation provides that anyone who has custody of the student and fails to register in pre-primary education, commits an offense punishable by a prison sentence of up to three months or a fine of up to €1,000 or both.< /p>

In his statements, the Deputy President of the Education Committee, Chrysanthos Savvidis he said that DIKO is in favor of the bill, however, he noted that there are some misgivings and concerns on his part.

As Mr. Savvidis said, his party will table some amendments, which they will see at the next session .

He expressed the hope that by the end of the year the bill and the relevant regulations will be brought to the Plenary Session, so that they can be implemented and the funds, which the state expects, will not be lost.

For his part, the AKEL member of parliament, Andreas Kavkalias, said that his party intends to file an amendment to overturn the Ministry of Education's plans to privatize pre-primary education.

“As the text of the bill has been formulated during the article-by-article debate, we are not satisfied, since the Minister will have the ability to change the educational districts and subsidize tuition fees in private kindergartens, thus undermining the public school,” he said .

He reiterated the position that “the public school must remain the backbone of education”, noting that “this is the direction the Ministry of Education should have turned, in order to implement the admittedly correct measure of expansion of pre-primary education”.

According to Andreas Kavkalia “instead of utilizing the  12.2 million from the Recovery and Resilience Fund to invest in the necessary infrastructure and staffing of public kindergartens unfortunately chooses to subsidize the fees of private kindergartens”.

The deputy of DISY, Giorgos Karoulas, said that the bill in question and the related regulations are now being sent to the Plenary, noting that “with this important reform, children are now given the opportunity to develop skills from the age of 4 and it is a opportunity provided by the Resilience Recovery Plan”.

“The passage of this bill will pave the way in this direction and at the same time will assist the work activities of parents. With everyone's cooperation, we enable the utilization of both community and private kindergartens, always within the framework of the relevant regulations and the supervision of the control of the Ministry of Education, as provided by the relevant legislation”, he said.

The MP of DIPA, Alekos Tryfonidis, welcomed the extension, because as he said “it will be for the good and benefit of the children, who will develop their skills from an early age and of our educational system, but always within the framework of the public school , of the right infrastructure and the right educational policy”.

“It is admitted”, he added, “that it is not possible to satisfy all the children from the existing public kindergartens and through the necessary arrangements that will be made in the bill, specific criteria will be determined to give priority to children with special needs, orphans, from single parents families with financial difficulties etc”.

Assurances from TEPAK for military graduates

Regarding the issue of the admission process of male students at TEPAK with B '  distribution, Chrysanthos Savvidis said that during the session they have received assurances from TEPAK that those changes will be made, so that the soldiers graduating in 2022 will not be wronged the year they will claim a position.

“So, I want them to feel comfortable and confident that those who have been wronged this year by the process followed by TEPAK, next year will be able to secure the coveted position”, he added.

Mr. Tryfonidis stated that the members of Epi once again they have been informed by TEPAK that there will be an amendment to the regulations, so that the injustice is corrected and the students can normally join the branches they have chosen.