Candidates and staffs are making moves 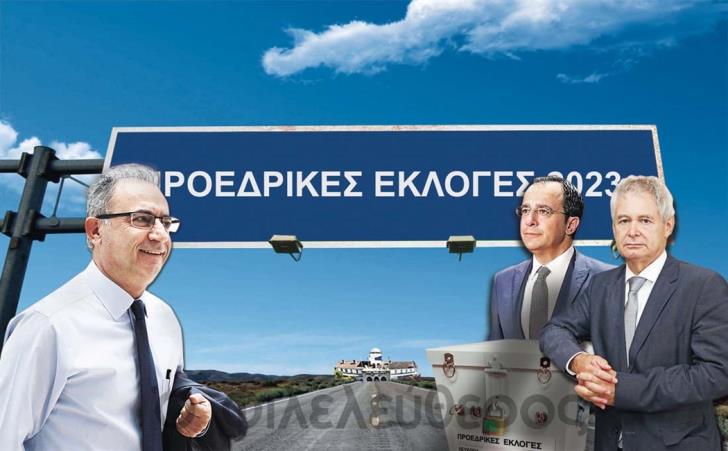 Staffs and candidates are ramping up as the election progresses and the clock starts counting down. With moves of substance but also of impressions, they try to gain ground against their opponents. Averof Neofytou, Andreas Mavroyiannis and Nikos Christodoulidis, continue energetically next week, with announcements, gatherings and mobilizations at an organizational level. At the same time, contacts between candidates and parties continue.

Averof Neofytou enters strongly next week with the announcement of his 100 policy axes. An announcement which is scheduled for Monday afternoon in Eleftheria Square, in the presence of executives and members of the party, as well as the public. The 100 policy axes summarize the stigma of Averof Neophytos' proposals, as a result of the party's pre-congress dialogue in the previous period. The policy axes cover all the capital issues, such as the Cyprus issue, foreign policy, the economy and dealing with accuracy, education, health, defense and various others. In Pindarou they now want to emphasize and convey the message to society that Averof Neofytou has ready proposals and ways of implementing them.

Andreas Mavroyiannis begins this week with a new round of contacts with the opposition parties that have not made their decisions. As we are informed, a meeting has already been arranged with EDEK and the Democratic Party, while a meeting will also be arranged with the Environmentalists. From Monday, it is expected that the Press Office of Andreas Mavroyiannis, who is moving with his staff team to the offices of the building on Griva Digeni avenue in Nicosia, will also be operational. Andreas Mavroyiannis is on a constant tour and in contact with people, mainly at gatherings held by AKEL. Last week the Larnaca gathering took place and on Tuesday a meeting is planned in Limassol.

Nikos Christodoulidis has been in Greece since yesterday where he will be the main speaker at three events condemning the coup and the Turkish invasion. Today he will attend a Memorial Event organized by the Municipality of Veria, in collaboration with the Cypriot Association of Imathia Prefecture “O Evagoras” and the Federation of Greek Cypriot Organizations. Tomorrow, he will attend the memorial service for those who fell during the coup and the Turkish invasion, which will be held at the Metropolitan Church of Gannitsa, and he will lay a wreath at the bust of Georgios Roussi, who fell fighting during the Turkish invasion while serving his term in ELDYK. Tomorrow evening, he will also be the keynote speaker at the event at the “Grove of the Unknowns” organized by the Municipality of Kalamaria and the Union of Northern Greek Cypriots.

Christodoulidis: He said goodbye to DIPA

On the Cyprus issue, on geopolitics, on defense issues and on energy issues and how these affect the movements regarding the Cyprus issue, the meeting that the DIPA delegation had yesterday, headed by its president Mario Karoyan, with the independent candidate for the presidency was focused on of the Republic Nikos Christodoulidis.

In statements, after the second meeting in a row between them that took place at the offices of DIPA, Mr. Karoyan described the discussion as “very constructive and substantial” and “in some places very thorough” and added that DIPA wanted to have the positions and approaches of Mr. Christodoulidis “with regard to the solution framework of the Cyprus problem but also the positions that our side will have to defend throughout the next period”. He mentioned that DIPA also gave the stamp of its own positions and listened to the positions of Mr. Christodoulidis, while they also touched on the geopolitical part.

Mr. Karoyan said that there will be a third meeting with Mr. Christodoulidis on issues of internal governance, on a specific agenda.

For his part, Mr. Christodoulidis said that the discussion was “very substantial and in-depth on issues of defense, foreign policy, energy and the Cyprus issue”, adding that these issues are interconnected.

At the ceremony that marked the start of the construction works of the Paphos-Poles Chrysochous highway, the president of the Democratic Alarm and candidate for the Presidency of the Republic, Averof Neophytou, was present yesterday. “An important day for our Paphos, for the whole of Paphos up to Polis Chrysochous, slowly and despite the great crises that the place went through in the last nine years, the national road network is being completed. A network that, in this particular case, the first design in the modern way of entrusting the designers and contractors with the responsibility of design and implementation, started in 2002 with the routing of the road and with the well-known BOT method”, he said and added that after 20 years again the government of the Democratic Alarm as the way started, now with Nikos Anastasiadis it is being implemented. “But a lesson once again, if the road started in 2002 and was completed, it would end up with 50-60 million, now to finish it might not reach 400 million. Delays in decision-making and implementation are costly, just as the delays in taking measures to deal with the financial crisis of 2013 cost our country. But we must look ahead, our country has enormous prospects when the right decisions are made in right time”, concluded Averof Neofytou.