Christmas bonus: When will it be given, who are the beneficiaries and the amounts 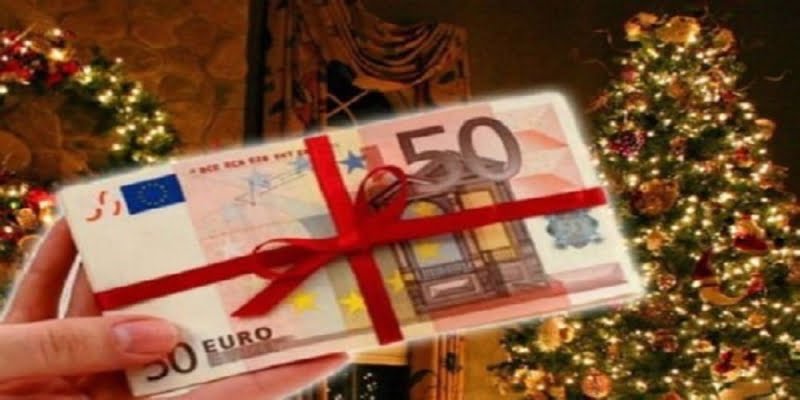 In the coming days, the Christmas gift is expected to be paid to all the beneficiaries. On the Front Page, the Officer of the Welfare Benefits Management Service, Christos Diomidou, was hosted, who explained who the beneficiaries are, what the amounts will be paid and when citizens should expect them.

He initially stated that, as every year, the Deputy Ministry of Social Welfare makes sure to give both the allowances and the Christmas gifts several days before the holidays in view of the increased obligations that households have.

He added that the minimum guaranteed income will be paid on December 13 together with the Christmas gift which amounts to 80% of needs. "Regardless of income if the needs for one person are 480 euros, 80% is 384 euros and increases if there is composition". As he said, if there is a spouse it increases by 50%, while the same will increase if there are children aged 14 to 28 years. There will also be a 30% increase if there are children under the age of 14.

Regarding the Christmas gift for the mother's allowance, she said that it will be paid on December 16 and is in the amount of 100 euros. "For the first time single parents are also given a gift. 100 euros will be given on December 16 to those single parents whose incomes are below 19,500 euros and whose deposits are below 10,000 euros. He emphasized that a targeted payment of the gift is being made. "Deposits are also checked for the first time. We will not give a gift to someone who has deposits of 100,000 euros.

Furthermore, Mr. Diomidos underlined that 17 million is the amount of the Christmas gift and it will be received by approximately 20,000 families, 30,000 low pensioners and 16,000 of the mother's allowance. "It is more than 50,000 people who will be helped this holiday".

In addition, he said that the public assistance will be given on December 14 and the child benefit on December 9. He clarified that the beneficiaries can be informed from the website of the Deputy Ministry. "There are 7 service points all over Cyprus and it is staffed by operators. The citizen can make an appointment to go to the points and talk to the authorities. Add that there is also a call center 22803030 for questions.

Source: www.sigmalive.com
Share
Facebook
Twitter
Pinterest
WhatsApp
Linkedin
Telegram
Previous article
They were looking for him in Cyprus and they found him Italy: He committed burglaries with loot of €1,300,000
Next article
PHOTOS: Carambula of 5 vehicles on the highway in Limassol. Note the vehicles
- Advertisement -