Christmas Eve the election of the Archbishop – The background 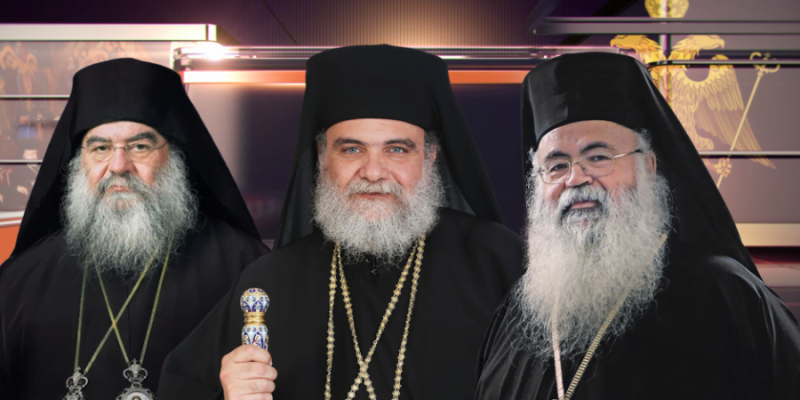 Saturday, December 24, is the date that the Holy Synod will elect the new superior to the Archbishopric throne of the Church of Cyprus. which they unanimously rejected, they ratified the Triperson.

The procedure provides for a vote. If an absolute majority of 9 votes is not achieved, then the first and second will go to a second round of voting. If they vote in a tie, then the result will be decided by lottery.

After the Divine Liturgy, the message for the election will follow, in the old cathedral of Agios Ioannou the Theologian in Nicosia.

The enthronement of the new Primate of the Church of Cyprus is timed after the feast of the Epiphany.

Information from SIGMA brings the Metropolitan of Pafos Georgios, to gather the majority of the synods with ecclesiastical circles in fact, let it leak, that a second vote may not be needed.

Metropolitan of Pago is supported by the 7 qualified as archbishoprics.< /p>

According to the information, Tamassou Isaias and Morphou Neophytos may be added to them, who seem to be in positive terms.

In any case, it must be clarified that there is no data,  things are still fluid, however it seems that the scales are tipping towards the election of the Metropolitan of Paphos Georgios and indeed from the first round.

Metropolitan Kykkos: I am unreservedly in favor of Athanasios

Source: www.sigmalive.com
Share
Facebook
Twitter
Pinterest
WhatsApp
Linkedin
Telegram
Previous article
Hotel traffic is low in December
Next article
Diana will appear dead in the next cycle of “The Crown” and the cast did not hide their displeasure
- Advertisement -