Criticisms from EO and Ministry. Health to OAU for the purchase of medicines and consumables 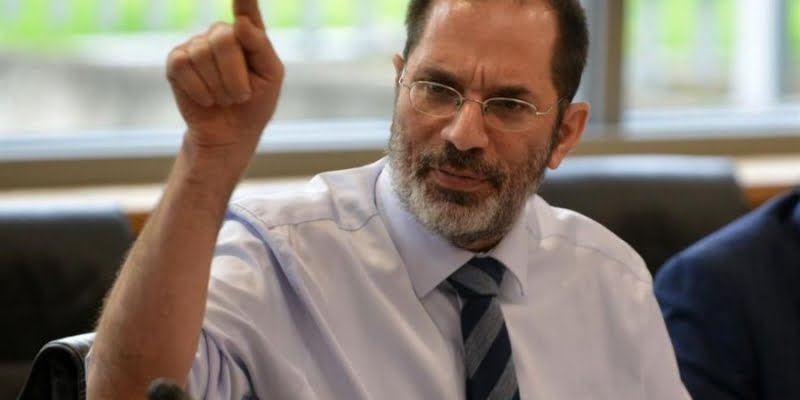 Lots of criticism for "party of millions" and for procedures with a risk of corruption against the Health Insurance Organization (OAY) both in relation to the purchase prices of medicines and consumables, were heard at today's session of the Parliamentary Audit Committee, which examined the Administrative Audit conducted by the Audit Service of the Republic.< /p>

The report, as stated in his statements after the session by the Chairman of the Committee, DIKO MP, Zacharias Koulias, demonstrated "the big party that is held with taxpayers' money". recalling that the expenditure for the General Health System was initially estimated at less than €0.9 billion and is now at €1.5 billion, while the Ministry of Health covers several medicines with its own expenses.

Mr. Koulias strongly criticized the OAU regarding the purchase of medicines, the fund for which in some cases shows an increase of up to 1600% compared to the prices at which the Ministry of Health bought in the pre-GeSy era.

"They came in with the tsarouchias", said Mr. Koulias saying a mea culpa for the law passed by the Parliament and the authority it gave to the management of GeSY. "All of these cannot be governed by unrelated people", he said, adding that the responsibility for the Health systems rests with the Ministries of Health, the scientific community. "Here we put their friends, OEB, KEBE and guilds", he said, adding that he is in consultation with MPs for a possible change in the administration of the OAU and OKYpY, as he said.

In informing the Commission, the Auditor General of the Republic referred to consumables (category G) procured by OAU, which did not follow the previous process of public tenders, but buys through lists drawn up by itself. He mentioned, for example, prosthetic knees, which the OAU chose, while each doctor chooses the product from whichever specific supplier he chooses and the Organization pays for it.

Saying that the Audit Service was alarmed to see the whole system, he questioned "how OKYPY, being a public body, instead of open bidding processes, can choose whatever it wants from a list?", adding that in March 2022 it was found that a large difference in the prices of consumables purchased by the OAU compared to the prices purchased by the Ministry of Health.

Mr. Michaelides acknowledged that there are exceptions that give the OAU the opportunity to negotiate with suppliers, but added that the exceptions have become the rule. "We do not agree that this massive use of the negotiation process was legal and served the public interest", he said.

"There was nothing or almost nothing. “We found no documentation on how they arrived at these prices,” said Mr. Michaelidis.

He noted that it took France two years to compile list Z, while, as he said, the OAU compiled the list. five working days before the start of the 2nd phase of the NHS, i.e. inpatient care.

He noted that because the OAU takes different products, it sets a single price, as a result of which this gives a margin of profit to the supplier with the lowest price.

He also referred to the example of the antibiotic Augmentin, which before the NHS was purchased by the Ministry of Health for €2.04, but now for €7.91.

In relation to innovative drugs, Mr. Michaelidis said that OAU has a "hidden exit" , since the cost of their purchase is paid by the Ministry of Health, through the Generic Medicines Committee.

A larger quantity corresponds to a lower price

The Director General of the Ministry of Health, Christina Giannaki, agreed with the remarks of the Auditor General, stressing that through the bidding process, the Ministry of Health ensured lower prices compared to the wholesale price, which in some cases reached up to 1,600% lower, especially in the market of of generic drugs.

Mrs. Giannaki reminded that for the NHS the Ministry of Health made purchases to meet the needs of 600,000 beneficiaries, while with the introduction of the system the beneficiaries increased to 950,000, which should lead to lower prices due to the increased quantity.

“In the science of economics, including the pharmaceutical economy, quantity is a subject of negotiation since buying a larger quantity corresponds to a lower price,” he said. He also noted that the amounts that would be saved from the lower prices could be allocated for inclusion in the NHS list of new innovative drugs.

Mrs. Giannaki was very strong regarding patients supported by the Ministry. Saying that the Ministry is willing to support the Medicines Advisory Committee at the OAU, Mrs. Giannaki underlined that "it is important that today a patient with cancer cannot write to us for us to help him".

"The cancer patient is a beneficiary of the NHS and from the moment he is a beneficiary these medicines belong to him, and the medicines are not a la carte. We don't start a treatment and stop it, no. We have people with cancer who have been keeping them alive since 2016, and this Ministry of Health. We will continue as a state to help the OAU, but they will have to take on this great responsibility, he underlined.

€45 million for inclusion of new drugs

< p>Responding, the new President of the OAU, Stavros Michael, asked for time credit to examine the issues that arise.

"The findings of the Auditor General will be studied and we will try to implement the best practices, so that it can be improved. Yes, there are problems, there are distortions, the NHS was introduced somewhat hastily, it is in its infancy, there is room to implement better practices. Give us some time and we as an Organization day by day, piece by piece, want to improve it,'' he said.

Regarding the issue of drug prices, Mr. Michael said that there are answers, adding that in some places the prices are not comparable, while there are also cases where the prices have been reduced, "we will have to look at it comprehensively", he added.< /p>

He said the OAU has increased its budget by €40 to €45 million to step up innovative medicines on the OAU list, with a timetable extending to early 2023.

But he asked for support with three new pharmacist positions to introduce protocols to speed up the SEF project. "And we will be able to include within 2023 90% of innovative medicines", he said.

The Oversight Commissioner of the NHS, Christodoulos Kaisis, agreed with the remarks, while he referred to complaints in relation to co-payment 2 concerning pensioners, who take a lot of medicine and now pay more. Mentioned nutritional supplements or pain medications or other treatments, which are now not covered or have an increased copayment. "We are concerned about change. “Can't an elderly person who is regulated for sugar and blood pressure now change his contribution,” he said.

At this point, Ms. Giannaki referred to the well-known Voltaren, which was paid for before GEΣSY, while now it is not .

The bidding process is not compatible with the OAU mission

The official of the General Accounting Office said for his part that the process of public tenders is not compatible with the mission of the OAU, since there are multiple suppliers.

In particular for list Z (consumables) he said that our position is that it is legal, as there are decisions of the European Court because the specific procedure does not concern a specific contractor.

At this point, Zacharias Koulias replied that what he is saying is not legal, with DISY MP Savia Orfanidou retorting that he is "bowling to a public official".

Besides, in statements after the session the President of EDEK Marinos Sizopoulos said that the discussion “results in a serious waste of public money and mainly of taxpayers' contributions”. of €900 million has today reached €1.5 billion, effectively putting the viability of the Public Health System at serious risk, he said.

In her own statements, Savvia Orfanidou said that there is much room for improvement in the inclusion of innovative medicines under the legislation and he fully agreed with the recommendations of the Auditor-General and the Department of Health. He expressed satisfaction for the statements of Stavros Michael that he sees the distortions and weaknesses and that he will implement the legislation with the inclusion of innovative drugs, always with the ultimate goal of benefiting the patient.

Source: www.sigmalive.com
Share
Facebook
Twitter
Pinterest
WhatsApp
Linkedin
Telegram
Previous article
Lawyers for the “express trials” were absent from their duties
Next article
148 diagnoses of HIV infection in Cyprus in 2021. The Hadjipantela commitment on the occasion of World AIDS Day
- Advertisement -