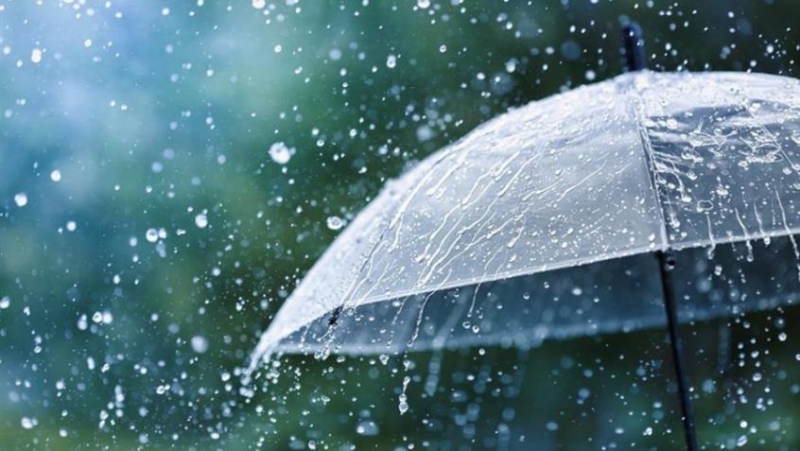 A new yellow warning for rain and isolated thunderstorms, the Department of Meteorology issued on Monday.

The warning comes into effect from 08:00 this morning and will last until 1700 today.

According to the Met Office, showers and isolated thunderstorms are expected to affect the area. The intensity of precipitation may vary between 55 and 85 millimeters per twenty-four hours.

Today the weather will be mostly cloudy and intermittent local rains, isolated storms and snow in the higher mountains are expected. In some areas the effects are likely to be prolonged or even intense. Temporarily visibility will be limited due to increased low clouds or even fog. Winds will initially blow northeast to southeast and locally in the afternoon southwest, weak to moderate 3 to 4 Beaufort, but transient in the headwinds, up to strong 5 Beaufort. The sea will be a little rough but the north and east coasts will be rough. The temperature will rise to 15 degrees inland, around 17 on the coast and 7 degrees in the higher mountains.

In the evening, the weather will remain mostly cloudy and isolated showers and isolated thunderstorms are expected at intervals. In the higher mountains, snow or sleet will fall and visibility will likely be limited due to increased low clouds or fog. Winds will be mainly northwest to northeast, weak 3 and transient to moderate 4 Beaufort. The sea will be somewhat rough. The temperature will drop to 8 degrees in the interior, around 10 on the coast and 2 degrees in the higher mountains, where frost will form locally.

On Tuesday the weather will be partly cloudy and possible to fall in some areas isolated rain and on the highest peaks of Troodos snow or sleet.

On Wednesday and Thursday the weather will be locally partly cloudy.

The temperature will rise gradually to fluctuate a little above the climatic averages.

The height of the snow in Troodos Square, at the time of issuing the bulletin, was 7 cm.

Source: www.reporter.com.cy
Share
Facebook
Twitter
Pinterest
WhatsApp
Linkedin
Telegram
Previous article
Paphos: Handcuffs on a 23-year-old – He was driving under the influence of drugs
Next article
Official first for four months for almost 50,000 students – In battle and High Schools
- Advertisement -