DIKO is pushing for Nikola, script and for Christodoulidis 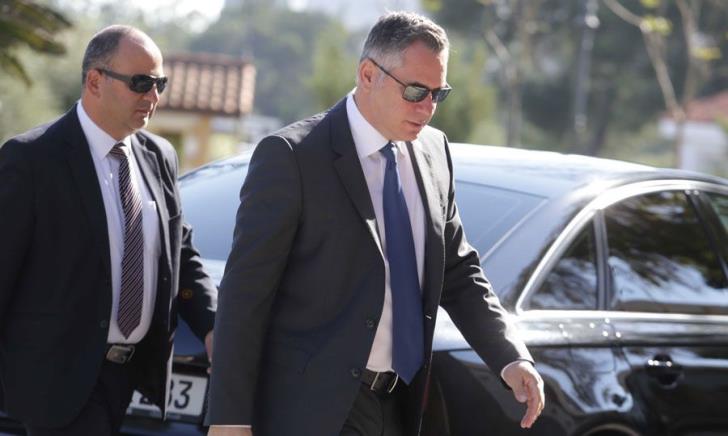 The possibility of Nikos Christodoulidis running as an independent after his resignation from the Ministry of Foreign Affairs puts pressure on the cooperation processes of the opposition parties, creating an even more fluid political field for the presidential elections.

The name of the former Minister of Foreign Affairs seems to be promoted by some circles as an option for the presidential elections, considering that Nikos Christodoulidis could be an alternative choice for DIKO in view of the presidential elections. An opinion that is based on the fact that it could attract a significant percentage of votes from DISY, but also because of the impact that they believe it has in other party areas. Therefore, with the support of DIKO, a candidacy of Nikos Christodoulidis could pass to the second round and then lead DIKO to power, freeing itself from the burdens of a party cooperation.

However, a scenario that is not first at the top of the agenda of the leading team of DIKO, but also a large number of party executives, who consider the election of Nikos Christodoulidis as a continuation of the government of Nikos Anastasiadis, for which they have exercised and are strongly critical, both on issues of corruption and on the Cyprus issue.

The statement of the DIKO MP Chrysi Pantelidis on the noon show of RIK was also characteristic, in which he indicated that Nikos Christodoulidis is proud that he is a continuation of the Anastasiadis government. He also noted that he has not noticed any personal moves by party officials towards anyone and added that any decisions will be taken by the party's collective bodies. He also pointed out that Nikos Christodoulidis has not yet stated that he will be a candidate and pointed out that there is no party that can win the presidential election without cooperation.

Sources from DIKO emphasize that achieving cooperation with the opposition parties remains a priority. In this equation, first on the list is AKEL, with which backstage discussions took place and are taking place, although no official contacts have been started. For DIKO, first on the table is the name of its president, Nikola Papadopoulos, for whom they are expected to insist on Hezekiah Papaioannou that it is the only candidacy that could be victorious. They are aware of the difficulties that exist on the part of AKEL, however they know that the choices on the part of the Left party are limited. As they also know that any failure of AKEL cooperation with DIKO, puts hard on both, but they estimate that the headache will be greater in Hezekiah Papaioannou. At the same time, however, they realize in DIKO that a candidacy of Nikola Papadopoulos without the support of AKEL will not have the same dynamics with the risk of being left out of the second round. It is at this point that some propose as an alternative scenario the support of the candidacy of Nikos Christodoulidis, essentially putting pressure on AKEL, whose options so far are limited. But there is another factor to this equation. Any support and election of Nikos Christodoulidis to the Presidency of the Republic, essentially closes the door to the president of DIKO Nikola Papadopoulos to claim the presidency.

In Hezekiah Papaionnou they state that they do not discuss names and the process of the party is specific for the Presidential ones. That is a fact but difficult does not mean impossible. The rector of the University of Cyprus Tassos Christofidis, the lawyer Achilleas Dimitriadis and the former Minister of Health George Pamporidis. The latter is promoted by a specific group of party members, but is treated with considerable skepticism due to his presence in the Anastasiadis Government. Party circles even note that in this case, the door to split opens with another candidate from the Left, expressing the left-wing voters against another candidacy from the Right. For the other two cases, various measurements are made which are evaluated. At the same time, however, all three names seem to be treated with caution by DIKO, from which they believe that Nikolas Papadopoulos has more eligibility.

AKEL came back yesterday with a sharp stance against DISY, in response to the day before yesterday's position of Pindaros for lack of proposals by the party of the Left. “At the time when the DISY government is dealing with the pre-presidency and their internal affairs, AKEL is taking initiatives that solve small and big problems of the households and the majority of the society”, states the announcement of AKEL, noting that in front of the Parliament are these days his initiatives to deal with the arbitrariness of banks with the new charges they impose, to remove injustices against the insured and to strengthen the rights of working parents. “These proposals are added to the recent initiatives of AKEL to address the cost of living, the increases especially in electricity, with the request to reduce VAT.”

“We have a government against us that is not interested in the real problems of society. “AKEL responds with concrete proposals, proposals that are fully feasible, proposals that serve the people”, they state.

The president of DISY and potential candidate for the Presidency of the Republic Averof Neophytou is going to the Greek capital today, where he will have a meeting tomorrow with the Greek Prime Minister Kyriakos Mitsotakis. According to the party's spokesman Dimitris Dimitriou, the current state of affairs in the Cyprus issue is expected to be at the center of the meeting, while the president of the Democratic Alarm will reaffirm our side's position and will to resume dialogue on the agreed basis. “Additionally, the president of the Democratic Alarm and as the party's candidate for the presidency of the Republic, will proceed to inform the Prime Minister of Greece on this issue as well.”

Yesterday, according to information, Averof Neophytou had a meeting with President Anastasiadis and Foreign Minister Ioannis Kasoulidis with whom they discussed the situation in the Cyprus issue.

Source: www.philenews.com
Share
Facebook
Twitter
Pinterest
WhatsApp
Linkedin
Telegram
Previous articleSuspension of criminal prosecution of an officer of the National Guard – The Parliament requests explanations from YPAM
Next articleThe lies about Novak Djokovic are over – From time to time his deportation from Australia
- Advertisement -

Pictures of another Cyprus: Photos of the snow-covered villages – New...