Discreet «” Diomidis “- At 60% the average rainfall for January (photos) 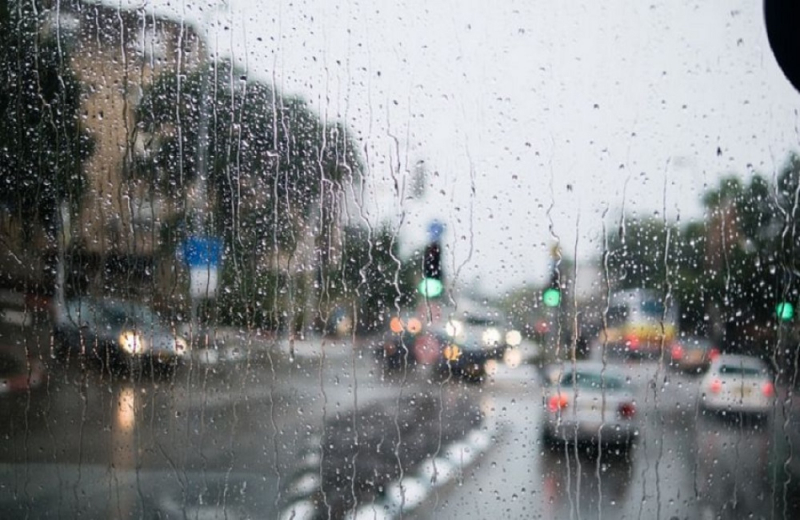 The presence of “Diomidis” in Cyprus until Wednesday at noon could be characterized as quiet and discreet. According to Meteorological Officer Stefania Loizou who spoke to politis.com.cy , some areas in the western part of the island are already affected, while it is expected that in the afternoon there will be more intense weather phenomena that are expected to affect Nicosia with isolated rains and storms.

Regarding the name “Diomidis” given to the bad weather that was expected to affect our island these days, Ms. Loizou clarified that the name came from Greece. He noted that this barometric is currently located between Crete and Rhodes, moving east and slowly weakening. He expressed the belief that “Diomidis” will, however, give some phenomena, which are probably intense, maybe even prolonged. This is the reason why a yellow warning was issued.

According to the Meteorological Officer, the scenery is not expected to change much until late tomorrow afternoon, ie the weather will be mostly cloudy with local rains and isolated thunderstorms, while in some places the effects will be intense. Snowfall is expected in the higher mountainous areas. Overnight, the forecast says the weather will improve significantly.

At the same time, according to Ms. Loizou, the Meteorological Service is examining the possibility of renewing the yellow warning that is currently in force until 22:00 tonight and will continue to be valid until tomorrow afternoon. According to the warning issued for today, Wednesday, “the total rainfall may locally exceed 55 mm in 24 hours”.

According to kitasweather.com, after the local rains that were observed until late on Tuesday morning, but also the rains that were observed until early Wednesday morning in the western 1/2 of the island, the average rainfall for the month of January rose today Wednesday 12/01/2022 (08:00) to 60% from 57% that was until Tuesday 11/01/2022 (08:00).

Photos from Xeropotamos in the village of Choletria, Paphos, the water of which ends at the fence of Asprokremmos 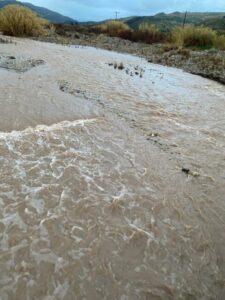 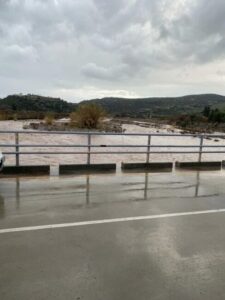 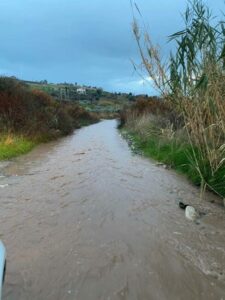 High concentrations of dust in the atmosphere continue

According to the measurements of the ground Stations of the Air Quality Monitoring Network of the Labor Inspection Department, high concentrations of dust are still observed in the atmosphere today. The public and especially the vulnerable populations (children, the elderly and the sick) are urged to avoid going outdoors until the phenomenon is over, because this dust contains small inhalable particles, which may have a negative effect on human health. At the same time, employers are required to take appropriate measures (organizational or technical).