Elections in France: Le Pen “sweeps” in the overseas regions – The official exit polls are expected at 9 tonight 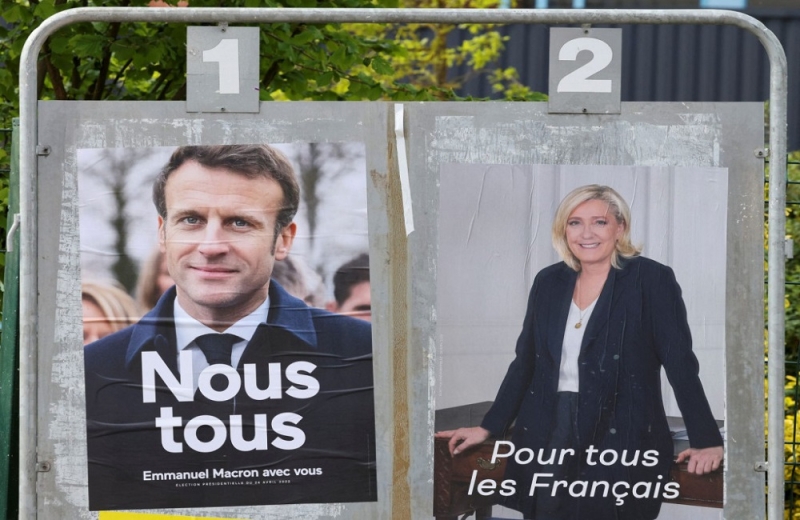 There are only a few hours left until the ballot boxes close for the presidential elections in France. The polls show “favorites” for the victory of Emanuel Macron, but also Marin Le Pen in the highest percentages that the French extreme right has ever risen. The remarkable element, however, so far is the large abstention from the polls.

In particular, the turnout in the second round of the French presidential elections was 63.23% at 17.00 in the afternoon (18.00 Greek time) , according to the data announced by the Ministry of Interior.

In the previous elections, in 2017, at the same time the turnout was 65.30%. The data confirm the trend predicted by the polls, that is, this year the turnout will be lower.

This percentage, however, was much lower early on Sunday afternoon, reaching a negative record of 20 years. According to the data, until 12 p.m. (local time) only 26.4% of voters went to the polls.

It is noted that 26% of eligible voters did not go to the first round of elections. The notion that Emanuel Macron will inevitably be a winner may affect voter turnout, while the fact that the elections coincide with school holidays in various parts of the country does not help.

Another noteworthy fact is that, In the case of Emanuel Macron, the 44-year-old will break a 20-year-old curse, as no other president has been re-elected since 2002 and Jacques Chirac.

The first official estimates for who or who will be inside the Palace of the Elysian Fields in the next five years will be made public with the closing of the last ballot box at 21:00 Greek time. In most French constituencies the polls close at 20:00 Greek time, but in the eight largest cities in France they close at 21:00. Official exit polls are expected at that time.

At the same time, the Belgian newspaper La Libre and the Belgian network LN24 published the first results of the French elections from overseas (Dom Tom).

At the same time, the two Belgian media report that other constituencies have already completed the counting of votes. This is especially true in many countries in North and South America, where French expatriates voted on Saturday.

In particular, the results are as follows: