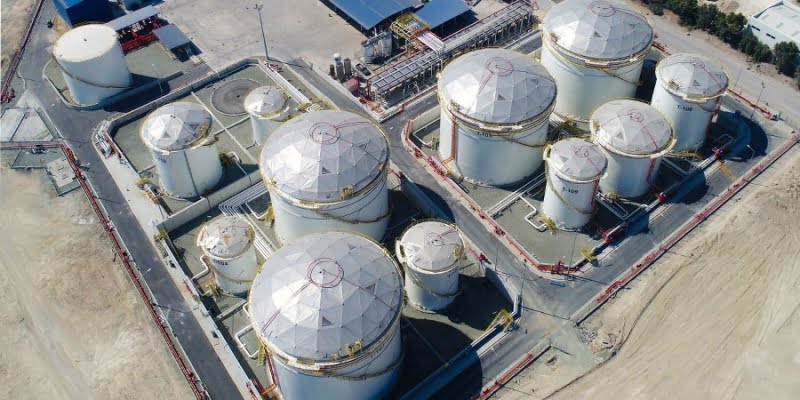 EKO Cyprus, a subsidiary of the Group, is making the leap towards a different future with a carbon neutral balance and with a minimal or zero environmental footprint, at all levels of the company's operation

The long-awaited energy transition in a time of energy crisis is more urgent than ever. With the international community – and more specifically the EU – setting guidelines to move the entire planet towards a green, low-footprint economy, countries are being urged to heed the trumpet of the transition. Cyprus, a small-sized economy, can more flexibly take the step in this direction as long as there is the mood and will from the public and private sectors to proceed with substantial cuts.

In our country, weather phenomena have become much more extreme, summer temperatures rise to heatwave levels with longer duration and frequency, while rainfall is reduced. A drastic reduction in greenhouse gas emissions is imperative and the role of energy companies is crucial. The role it can play in this transition is understood by one of the largest energy groups in our region, Hellenic Petroleum, which presented, last week, its new corporate identity and has now been renamed HELLENiQ ENERGY.

The Group reduces its carbon footprint and invests strategically in the "green" and environmentally friendly energy that can be produced, among other things, from something that Cyprus has in abundance: the sun. The transformation is accompanied by the change of corporate identity, with the new name "HELLENiQ ENERGY" to highlight the rapid implementation of the “Vision 2025” strategic plan, which aims to lead the Group into a new era of dynamic sustainable development. The weight is given to the transformation of the Group, both in the sector of refining and marketing of liquid fuels with the implementation of important projects of modernization and improvement of the carbon footprint, as well as in the development of a second main pillar of activities in the "green" energy and RES.

The strategic plan "Vision 2025", is developed in 5 main pillars, which create value for the company and the shareholders and achieve the change of the environmental footprint. These pillars concern the redefinition of the ESG strategy and the greenhouse gas targets, the corresponding adaptation of the business strategy and capital allocation, the establishment of an appropriate corporate structure, the upgrading of corporate governance, and, of course, the new corporate identity, image and name, which was officially announced in our country at the beginning of November.

ELLENiQ ENERGY through its subsidiary EKO Cyprus, with specific steps embraces RES and makes the leap towards a different future with a neutral carbon balance and with minimal or zero environmental footprint, at all levels of the company's operation. In the strategic planning of the Group, Cyprus is of particular importance and strategic investments have begun in this direction, bringing our country to the cutting edge of green energy.

EKO Cyprus took the step, moving its main facilities from Larnaca to Vassiliko, keeping up with the expectations and needs of the local community. The investment of ELLENiQ ENERGY reached 30 million euros for a project that is considered “of great importance”, as it effectively contributes to the energy sufficiency of Cyprus. However, it didn't stop there. Investing in solar energy technology, it will install an array of photovoltaic collectors in the facility, along with energy storage systems that cover almost all of the current consumption of the facilities in Vassiliko.  According to the company, the fuel storage facility in Vassiliko will have a total capacity of 0.316 MW and an annual production of 460 MWh. This is equivalent to saving 110 thousand liters of conventional fuel import per year, 330 tons of carbon dioxide will not burden the atmosphere, while at the same time valuable know-how is gained and the burden on the national electricity network is substantially reduced. 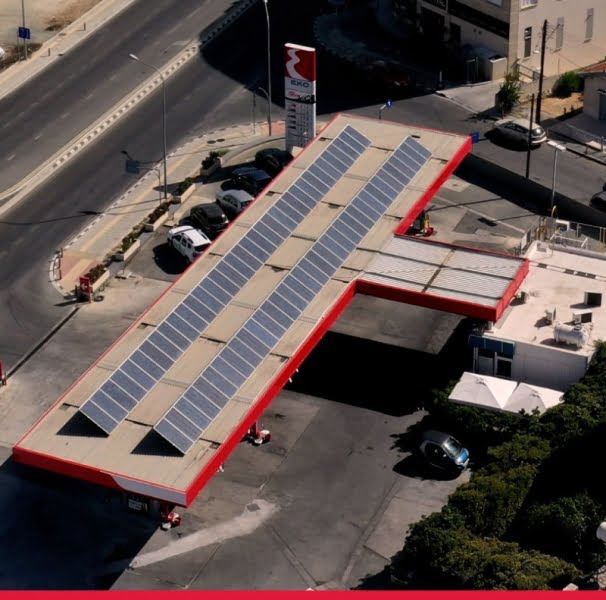 One of the first changes that the consumer will notice and that are part of the implementation of Vision 2025, is the installation of electric car chargers in the EKO network. The chargers that will initially be installed at 10 service stations, are of a high standard (power of 50kW) and will allow drivers of cars that support electrification to refuel their vehicles in a minimum of time. According to the company, at a future stage other chargers of even greater power will be installed. At the same time, EKO gas stations are modernized and acquire recreational areas (cafes, playgrounds), with the aim of upgrading the customer's experience, as throughout the charging period of his vehicle.

The transition of EKO Cyprus towards green energy and the energy autonomy of all its infrastructures is a very high priority. Serving the above, photovoltaic panels have been installed in 26 privately owned gas stations throughout Cyprus. It is noteworthy that the energy produced, which amounts to 1086 MWh per year, is equivalent to 84% of the required energy to cover the needs of the gas stations. In fact, the gas stations ensure 42% independence from the electricity grid, leading to a lower burden on the state electricity grid. In simple words, 775 tons of CO2 emissions are avoided per year and approximately 255 thousand liters of conventional fuel are saved.

The European Union now places a high priority on the transition to cleaner forms of energy, with extremely ambitious energy and climate goals. HELLENiQ ENERGY, one of the largest energy groups, declares a dynamic presence in the new conditions that are emerging. Accelerating its transformation, HELLENiQ ENERGY is turning into an integrated Group of production and marketing of all modern forms of energy, providing significant benefits and affordable solutions to the end consumer and aiming to reduce its environmental footprint by 50% by 2030.< /p>