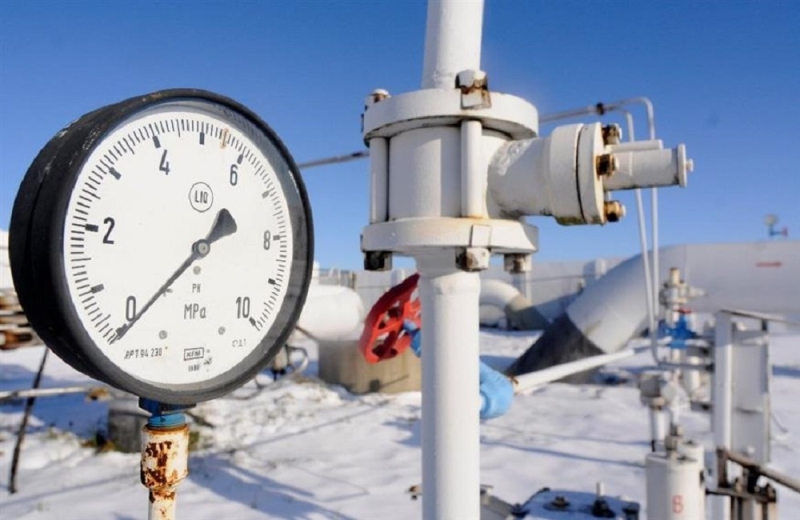 Cyprus supports the EU initiative to transport gas from Israel to Europe through its terminals in Egypt. This is stated in a post on Twitter by the competent Minister of Energy Natasa Pileidou, to get some 150 likes and no criticism. And yet, this development is to grieve, not to rejoice. Cyprus is a founding member, together with Israel and Egypt, of the East Med Gas Forum (EMGF) and the only member of the EU-owned forum. The fact that Cyprus is absent from these decisions means that it is its partners in Europe, nor its so-called allies in the Eastern Mediterranean.

Ms. Pileidou made this post in her capacity as chair of the EMGF, which was established on the initiative of Egypt. The EMGF has a stated goal of developing common gas policies for the Eastern Mediterranean. In fact, Egypt's strategic goal was to rule out the possibility of a pipeline to Europe via Turkey, in favor of its own energy and geopolitical interests. Sisi joined Anastasiadis in the way a corrupt leader is approached. With the help of Russia, which has its own competing interests, this prospect has been neutralized.

Natural gas was the most serious motive that Turkey had for the solution of the Cyprus problem. That was the reason why he made the big compromise on the issue of guarantees in Crans Montana. Crans Montana was undermined by Russia. because a pipeline from the Eastern Mediterranean was against its own energy interests. Anastasiadis, dependent on Moscow through his dealings with Putin's people, shook the talks and pioneered the creation of “alliances” to exclude Turkey from the Eastern Mediterranean, without caring that the most important paper at his disposal for the solution of the Cyprus problem.

Cyprus has never rationally assessed the prospects for natural gas. Instead of investing in this opportunity to ensure the security and prosperity of its people, it has always been a pawn in the hands of its competitors. A rough review of the goals and results is sufficiently convincing of the complete failure of the energy plans of Cyprus: We started with the announcement of the creation of a liquefaction terminal in Vasilikos. This plan was abandoned overnight as a result of personal discussions between Anastasiadis and Sisi. In November 2014, the plan for the construction of a pipeline to Egypt was announced out of nowhere and in 2018 a relevant agreement was signed. Eight years have passed since then and there is absolutely nothing. Since 2013, statements have been made, memoranda and agreements have been signed for another ghost pipeline, EastMed, which was also a communication ploy to exclude Turkey from the Eastern Mediterranean energy plans. So we got to the point where Israel will export its gas to Europe via Egypt and Cyprus is watching from afar and & # 8230; welcomes!

In short, we started 15 years ago with grandiose declarations that we would become an energy hub and ended up with absolute zero. Where the leadership promised plans to export gas, it eventually signed contracts to import liquefied natural gas itself. This project – with European funding – is not expected to be implemented, because again the selection criteria were corruption.

To be fair, the current Minister of Energy is the last one in charge. The collapse of the grandiose energy plans occurred before it even took office. The energy was handled by Anastasiadis, Christodoulidis and Lakkotrypis. The former may have exceeded the hen of a billion, the latter made a political career with interest in the tripartite and the latter loaded us with the contract for the import of LNG (for which we will pay, but we will not have gas) and left before the outbreak scandal.

The ambassador of Russia

The fate of Cyprus would be different if Moscow did not have the means and the people to impose its own interests on the corrupt presidency and the contractors of denial throughout the political system and in the media. In 2014, following the annexation of Crimea by Russia, then US Vice President Joe Biden visited Cyprus with a specific proposal for the use of energy resources. A necessary condition was the solution of the Cyprus problem. As soon as Biden left the presidency, Christodoulidis called Filimonov to the Russian embassy and gave him a full briefing, while Osachi waved his finger at us from Sigma not to dare to cooperate with the Americans. Afterwards, Russian Deputy Foreign Minister Alexei Meskov visited Cyprus. Anastasiadis assured him – and kept his promise & # 8211; that Cyprus would be, in essence, Russia's ambassador to the EU.

Anastasiadis had the opportunity to turn his entire country into European territory and to become a hub for gas distribution with huge positive effects on the economy. Instead, the Cypriot pays heavy bills for electricity and fuel and is humiliated in the queues at the roadblocks to refuel with the occupiers. From the tripartite collaborations, the shielding of the EEZ and Christodoulidis's predictions that Turkey would not find a drilling rig, we have reached the brink of war, with Anastasiadis publicly urging Turkey to drill into “theirs” in the north.

Let's consider where Cyprus would be today if Biden's proposal were implemented. Imagine today, because of the war in Ukraine, that there was a pipeline from the Eastern Mediterranean to Europe via Turkey, with Cyprus covering its own needs with cheap gas and collecting royalties. Imagine what Famagusta would be like, Morphou, how many billions of properties would be returned or compensated. What would be the growth rate of the Cypriot economy and what would the whole of Cyprus be like within the EU as a meeting point for all the states in the region.

The responsibility lies primarily with the leadership and the militarized media. But society itself wants them and gets them. Although he has all the information to understand what game is being played, he tolerates this mockery and pays the bill. Trivial, but absolutely true: Every people has the leadership it deserves and it seems that this saying will be verified in the next change of persons in power.