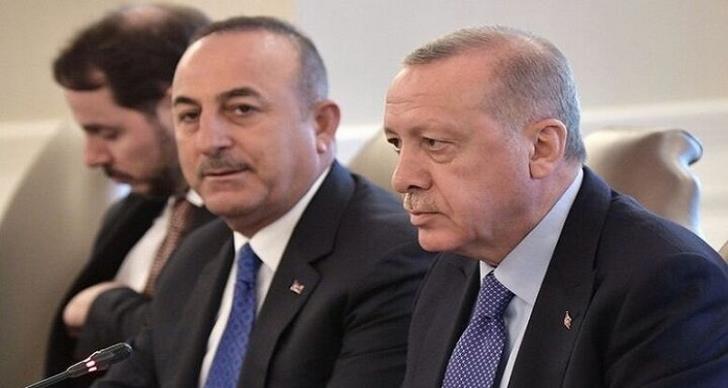 Turkish President Recep Tayyip Erdogan called on European Union ambassadors to applaud his country's efforts to join, complained about the lack of response and re-launched the blackmail of immigrants. The Republic of Cyprus was again in his sights, asking the EU to accept the Tatar proposal as it was submitted at the Geneva talks.

SEE ALSO: Double game from the USA in the Eastern Mediterranean

Referring to the Cyprus issue, the Turkish President said that together with the Turkish Cypriots he is making efforts to solve the problem “based on the realities that exist on the island and in a way that will be to the benefit of all parties.” According to Erdogan, “the recognition of the existence of sovereign equality and equal international status of the Turkish Cypriots will pave the way for finding a solution.”

Addressing the EU, he said that “if it wants to contribute to a solution, it must fulfill the commitments it made in 2004 and recognize the existence of the Turkish Cypriots, and accept the proposal for a solution submitted to Geneva.”

Speaking to EU ambassadors during a meeting in Ankara, Tayyip Erdogan said Turkey wanted to put relations with the European bloc on a “tighter footing”, but that those relations had suffered the consequences of “regular delays”. .

“I want to state with regret that we have not received the response we wanted from the EU on these steps,” he said.

“Turkey has not received significant support from the European Union in its fight against immigration,” Erdogan said, adding that it would not be possible to “deepen co-operation” on the issue as long as the terms of the 2016 agreement are not renewed.

“The crisis in Belarus has shown once again that the Union lacks a sustainable immigration policy,” he said, referring to the clash between Minsk and the EU over the number of migrants trapped at their borders.

The Turkish president also said that the political turmoil in Bosnia, due to the separatist moves of Bosnian Serb leader Milorad Dodik, was exacerbated by the prospects for membership prospects, adding that the region “shows signs of returning to the negative environment of the 1990s”.

The Greek Foreign Minister accused the Turkish side that “it distorts once again the reality and hides not only what happened in the past, but also its ongoing policy, which violates international law on a daily basis, creating tensions and poisoning the climate between of the two countries “.