Erdogan measures the “loot” of Madrid 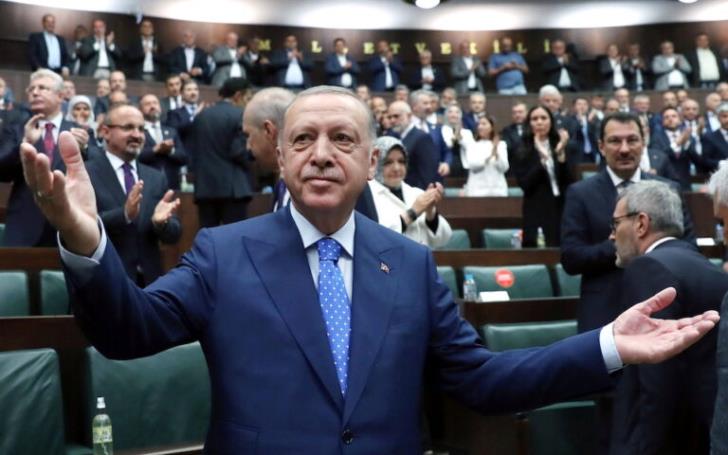 Recep Tayyip Erdogan is not only counting “spoils” from the NATO summit, hosted in Madrid, but also what else he has collected, mainly the absolute tolerance of his partners in the Alliance, for his attitude and behavior. The President of the occupying power now knows that he can proceed with other plans, as what preceded the last NATO meeting and what took place during it, showed that in order to satisfy his claims, the… universe is mobilized.

In order to lift his veto so that the process of joining Sweden and Finland in the Alliance can begin, not only these two countries have made concessions, but also the United States, with the F-16s, as indirectly also the E.U. . The participation of the occupying power in the Permanent Structured Cooperation (PESCO) of the E.U. cannot be downgraded, especially from Athens and Nicosia. To be precise, the issue that is raised concerns its participation in military mobility (includes, among other things, the possibility of rapid movement of military forces and military material within the Union and beyond it). Based on what is happening, two member states of the Union in order to join NATO, will second Ankara in relation to PESCO. The Republic of Cyprus has the right of veto, but as is known, it has never used this tool. If he does, he will likely find himself facing these two states, possibly others, who are eager to please Turkey (and NATO).

“It is ruled out”: The President's response to Erdogan's proposal

As far as the Americans are concerned, it seems that the crisis with the Turkish veto rewarmed American-Turkish relations, even though this was evident even before the war in Ukraine. Biden received and met Erdoğan in Madrid, despite the … thriller character given to the issue and as can be deduced from the public positions on both sides, there were commitments from the American side. As for the sale of F-16 fighters, although there is the congressional hurdle, which is not easy to overcome as they have to deal with Senator Menendez there first.

What do these developments mean for Greece and Cyprus? Madrid has confirmed Ankara's upgraded role. He has confirmed that Erdogan remains the pampered child of the West, Europeans and Americans. In relation to the Cyprus issue, Ankara knows that it has the potential to promote its claims, taking advantage of the climate that has formed. At this stage, Nicosia does not have a plan, it repeats the known generalities while the Turkish side marches on… other avenues. However, in all likelihood, any attempt will be made after the Turkish elections. In case of mobility, however, Erdogan showed that he has a way, extortionately and willfully, to satisfy himself. It is also obvious that the Cyprus issue is not being dealt with in its known narrow sense, but on a different basis, taking into account the new geopolitical facts and the ongoing redistribution of power. In the big picture is also natural gas, which is expected to be high on the agenda of the discussions, with Ankara wanting a role, through cooperation with countries in the region, except Cyprus, as well as with the states from which they come the companies licensed in the Cypriot EEZ.

With everything that we are watching and that is happening both in the diplomatic field, in the background and in the foreground, but also in the military field (Ukraine, Syria, N. Iraq), it seems that Ankara considers that it can proceed with the implementation of its policies. With this given, we will go ahead and spend the summer. How “warm” it will be will depend on Erdoğan's moods and decisions.

The envoy of F. Ofis for Cyprus is moving to Turkey

There are no developments in this period of time in the Cyprus issue and in view of this, the person responsible for the Cyprus issue at the Foreign Office, Ajay Sharma, will “move”, as we are informed, to Turkey. According to relevant information, the British diplomat is expected to remain in Turkey for six months and perform the duties of Chargé d'Affaires until, basically, his replacement moves there. Of course, in Turkey, where he will be, although it is not within his competence as Chargé d'Affaires, he may find the Cyprus issue in front of him. If, therefore, the Turks want to get involved, he will get involved. Mr. Sharma's temporary posting will also coincide with the change of baton at the British embassy in Nicosia. Mr. Steven Lilly will be replaced, as is known, by Mr. Irfan Siddique.

The Cyprus issue remains frozen and any mobility concerns procedural issues. The contacts in Nicosia of Assistant G.G., who comes from Ankara. of the UN, Miroslav Yedzia, were of an exploratory nature (both for the resumption of talks and for the appointment of an envoy). At the same time, in this phase the attention is focused on the two exhibitions of G.G. (for UNFICYP and Good Services), as well as in the resolution for the renewal of UNFICYP's mandate. According to information, during the last meeting of President Anastasiades with the Special Representative of the United Nations in Cyprus, Colin Stewart, the former requested that in both reports there are clear references to the basis of the solution (DDO) but also harsh language for the Turkish violations in the closed area of ​​Famagusta and in general for the constant tensions caused by the occupying power. It emerges from the meeting that the President of the Republic particularly focused on the fact that while Nicosia is making moves in the direction of resuming the talks process, the Turkish side is emitting negativity. He specifically referred to the submission of the Confidence Building Measures package, which was rejected by Turkey. The Greek side notes the negative attitude of the Turkish side and its systematic attempt to maintain a climate of tension, a path that, as pointed out, Nicosia does not choose. Reference was also made to the recent letter of the occupying leader, Ersin Tatar. Colin Stewart has reportedly given assurances about both Famagusta and the solution base, however everything will be judged by the result. From the content of the reports. The official of the International Organization also referred to the recent fire in the occupied Pentadaktylos, wanting to highlight the cooperation to extinguish the fires, arguing that messages should be given to the Turkish Cypriots who do not want, as he said, integration into Turkey.

Source: www.philenews.com
Share
Facebook
Twitter
Pinterest
WhatsApp
Linkedin
Telegram
Previous article
One year since the fires in mountainous Larnaca and Limassol – The exhibition “Before – During – After” was opened today
Next article
A couple fell into a ravine in Akamas – Police and volunteers were mobilized
- Advertisement -