Erdogan's new threats with references to the Turkish invasion of Cyprus 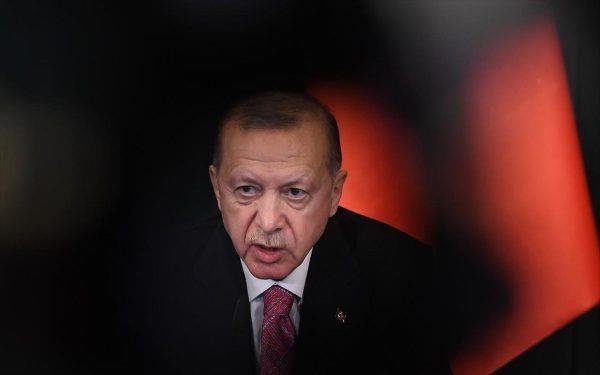 The Greek Government should learn a lesson from the events of a century ago, instead of trying to make jokes hidden under someone's skirt, said Turkish President Tayyip Erdogan. Recalling the Turkish invasion of Cyprus, Tayyip Erdogan said that “Turkey is ready for any victory again, anytime, anywhere”.

In a speech at the Institute of War at the National Defense University, the Turkish President said that “we are aware of the distraction efforts using Greece. We have taught the necessary lessons, especially our air force, to those who came against us by constantly challenging our airports and airfields and we will continue to do so from now on.”

The Turkish President said that “no one should have any doubt that we will protect our western land, sea and air borders, without making the slightest concession to our rights in the Aegean and making full use of the rights granted to us by international agreements”.

Erdogan asks Parliament for permission to invade wherever he chooses Dr. Giarras: This is what Erdogan gained by signing a Memorandum

“We recommend to the Greek Government that instead of trying to resolve the you are confronting us with dialogue and negotiation, he is trying to make jokes hidden under someone's skirt, to learn a lesson both from the developments in our region and from the events of a century ago”, said the Turkish President.

< p>As he said, “it is a fact that our neighbor in the Aegean is not in a position comparable to us politically, economically and militarily. For this reason, Greece has a place as it deserves in Turkey's strategic calculations”.

“I hope that the people of Greece will democratically give the necessary message and lesson to their government, which will pursue adventures that will end in disaster for them.” b>Erdogan's response to PtD: “Find it among yourselves…”

Referring to the Turkish invasion of Cyprus, Tayyip Erdogan said that “in fact, Turkey did not have the opportunity to see the real state of its army until the peace operation in Cyprus”. “Here, recently, we conducted an exercise, EFES. 39 countries from around the world, especially the United States, participated in this EFES exercise. With this successful EFES exercise, we taught the world a very good lesson, fortunately. This shows that Turkey, as a nation that has risen from its ashes, is ready for any victory again, anytime, anywhere,” Tayyip Erdogan said.

As he said, “we showed this in Azerbaijan, Montenegro and Libya. Anyway we are ready to show it again. The embargoes we were subjected to during and after the Cyprus Operation and the problems we experienced have made us aware of these painful realities”.

Source: www.philenews.com
Share
Facebook
Twitter
Pinterest
WhatsApp
Linkedin
Telegram
Previous article
Finland denies Erdogan: “We did not discuss specific extraditions of persons to Turkey”
Next article
A forest fire in the area of ​​the community of Kliros is under complete control
- Advertisement -