ETYK: The new agreement with Astrobank is in favor of the employees 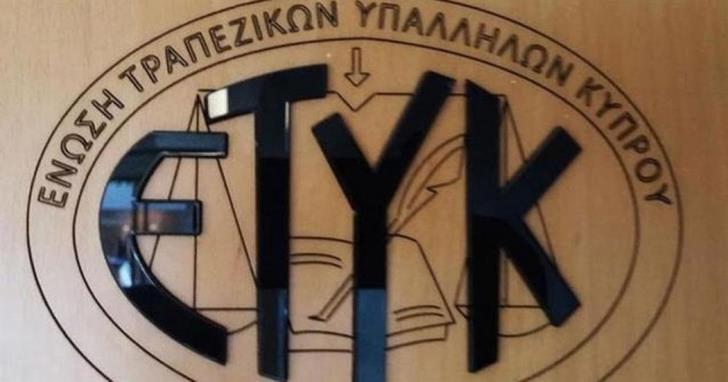 In the interest of the employees is the new agreement of ETYK with Astrobank, for the renewal of the Collective Agreement until 31/12/2022, as stated in a new circular, the guild.

The ETYK circular is as it is:

As you know, based on the latest collective agreement ETYK – Astrobank, from 1.1.2022 the employer and employee contributions will be paid to the Unified Provident Fund of Bank Employees of Cyprus.

Both the Management of the Bank and the leadership of ETYK considered that it is in the interest of the Employees the above provision of the agreement.

An individual portion will be opened for each Astrobank colleague in which these contributions will be deposited, while for the amounts already in the existing portions of the Astrobank Provident Fund (the Agreement does not affect these amounts), these amounts remain as they are. any decisions on the management of this money will be taken in the future by the colleagues themselves based on the procedures always provided.

As it is known, the retirement benefit of the bank employees is one of the most important benefits of the colleagues and it is a conquest of ETYK that was won after struggles within the framework of the collective agreements of our Organization with the Banks.

Historically, it should be mentioned that, before 01/01/2012, based on the ETYK – KEST Agreements, the Providence Fund / Retirement Tip was valid.

With the Collective Agreement ETYK – KEST 2011-2013 the conversion into a Provident Fund is made with mutual contributions of employer 14% and employees 3-10%.

Within the framework of the renewal of the collective agreement 2014 – 2016, after a decision of ETYK (and not of the General Assembly of the Providence Fund) the percentage of the employer contribution was as follows:

Also, with the collective agreement ETYK – Piraeus Bank 2017 – 2018, with a decision of ETYK (and not of the General Assembly of the Welfare Fund), the percentage was reduced to 9%.

The same was done based on the last collective agreement ETYK – Astrobank where by decision of ETYK (and not the General Assembly of the Provident Fund) the percentage was reduced for only one year (2022) to 8%, while in 2023 it returns to 9%.

Following the events of 2013, the Pancyprian Congress of our Organization decided that ETYK assist in the amalgamation of the individual Provident Funds of each Bank, into a Single Fund.

The aim was to strengthen solidarity between colleagues but also to strengthen the viability and functionality of the Bank Employees Provident Fund, which better ensures their Pension benefits.

This decision is reinforced by the European legislation, which sets strict rules for the operation and protection of Pension benefits, but at the same time increases the cost of managing the Funds, which prompted the supervisory authorities to favor / seek the merger of the Provident Funds. for cost reduction and better supervision purposes.

The Cyprus Employees Provident Fund is currently one of the largest Funds in the country, with approximately 6,750 members from 10 financing companies (Bank of Cyprus, Hellenic Bank, JCC, Societe, KEDIPES, Altamira, etc.), its assets amount to € 275 million and has monthly inflows from contributions amounting to € 2.9 million.

The Fund is managed by 10 well-known and internationally renowned stock exchanges which are controlled by the General Manager of the Fund.

It should also be noted that the Fund provides loans to its members. Members can borrow up to 45% of the total amount in their individual portions for housing, study and health loans.

Also, the Cyprus Employees Provident Fund, where it needed to support Banks / Companies in our area, always within the framework of the legislation, did so.

The latest example is the participation of the Provident Fund of Bank Employees of Cyprus in the capital increase of ASTROBANK, making it the shareholder of the Bank.

The Fund conducts Stress Tests by the competent European Supervisory Authorities every two years and the results of these inspections have always been positive for the Fund.

Despite the conservative Investment Policy pursued by the Fund due to its pursuit of safeguarding the retirement benefits of colleagues, its returns are considered very satisfactory.

More information can be found on the Fund's website https://financialsectorpf.com.cy.