EU: Cyprus is second in proportion to asylum applications in October 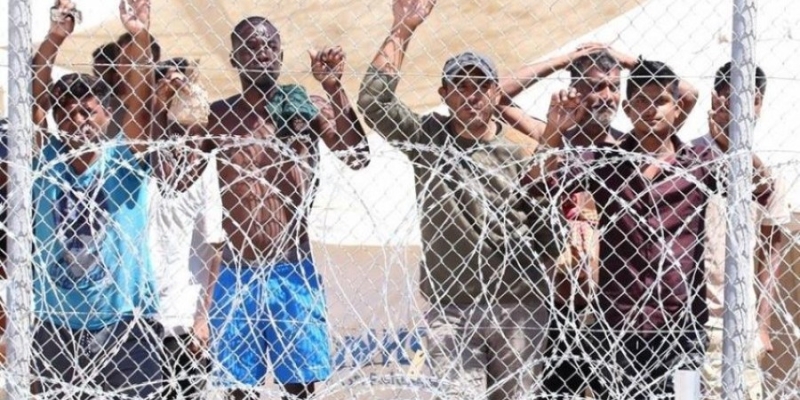 New asylum applications in the European Union rose by 10% last October compared to the previous month, according to data released by Eurostat, the EU's statistical agency. .

Meanwhile in Cyprus the second largest number of new applications was registered according to’ population proportion, according to the same data.

Immediately after Russia's invasion of Ukraine there was a large increase in new Ukrainian applications (from 2,370 in February to 12,890 in March), but since then the numbers have been falling, from 1,510 in April to 950 in October. This change is explained, among other things, by the EU's decision to grant temporary protection status to Ukrainian refugees.

Also in October, Russian citizens were the 13th group of citizens of other states in number of new asylum applications with 1,960 new applications , 650 more than in September.

In Germany the largest number of new applications

Since the beginning of 2022, Germany remains the country with the highest number of new asylum applications in the EU. In October, the country had received 24,910 new applications, 25 % of all EU applications.

Cyprus is second in applications by’ population ratio

Across the EU in October 2022 there were 222 new applications per million inhabitants.

In total, 5,225 unaccompanied minors applied for asylum in October

As for the number of unaccompanied minors who submitted new applications for international protection in October, this number reached 5,255, recording an increase of 6% compared to September (4,950).

The largest number of unaccompanied minors seeking asylum in October it was recorded in Austria (2,055), Germany (800), the Netherlands (590), Belgium (530) and Bulgaria (445). All five of these countries saw an increase, except for Austria where there was a slight decrease of just 15 applications.

Cyprus, along with France and Poland, are not required to provide data on unaccompanied minors as have received a temporary exemption.

Read also: Imam hands out curses to the t/c: "May my God give you such calamities"