Fewer civil servants by 4,143 in a decade 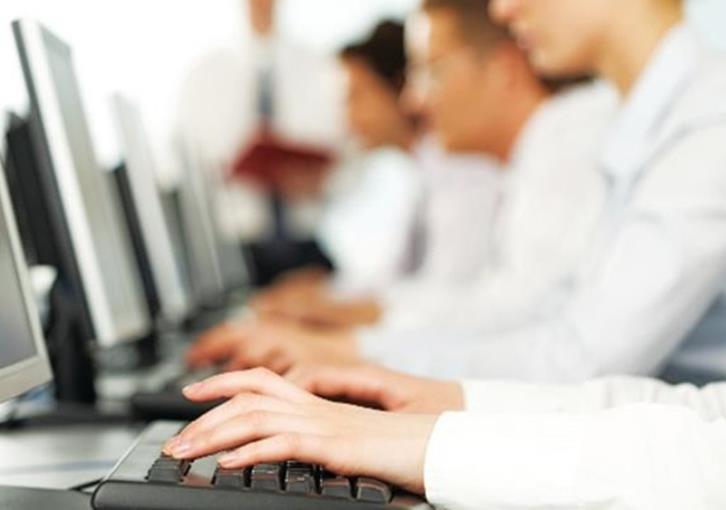 Maintaining the goal of curbing overall employment in general government, with a view to a sustainable payroll within the budgetary possibilities and margins, is one of the policies the government is trying to implement, as described in the Strategic Fiscal Policy Framework 2023-2025. In the last ten years, the number of employees in the public sector decreased by a total of 4,143 people, from 31.12.2011 to 31.12.2021, as stated by the EMS. It is worth noting that the reductions in the number of civil servants are mainly due to the early retirement of civil servants and occurred after the changes in the taxation of the retirement tip.

According to budget data, staff costs (excluding pensions and tips) for 2022 are estimated at € 2.31 billion and for 2024 and 2025 are projected to increase to € 2.44 billion and € 2.51 billion. respectively. The increase is mainly due to the payment of ATA, surcharges and the increase of employment.

Apart from the number of civil servants, an issue that has been much discussed in the past is the modernization of the state machine. The government reiterates that it is promoting broader reforms in the public sector “which include, inter alia, structural changes in the organization and operation of public bodies, as well as the development and management of their human resources, aimed at creating a modern and effective public administration, to perform its work adequately and professionally and to serve the country and its citizens in the most efficient way “.

The IASB notes that the policies and measures that contribute to the commitment to ensure the sustainability of public finances through the containment of employment and the rationalization of the state wage are:

. Maintaining the mechanism that regulates the restraint of the growth rate of the state salary (earnings and pensions) for keeping it at sustainable levels, while locking the corrections that have been achieved in recent years. Specifically, with the framework agreements for 2017 – 2018 of the government with the trade unions, a mechanism has been introduced which regulates and sets a ceiling on the granting of general increases, indexation increases and/or salary increases to salaries and pensions of the state service and the wider public sector (ceiling on the increase of the state wage in general), taking into account the financial data as expressed by the change of the Gross Domestic Product in nominal terms and

Κρα changes in the state payroll due to changes:

(i) the number of employees

(ii) the number of retirees and beneficiaries in retirement benefits

( iii) the indexation of earnings and pensions,

. Maintaining the goal of curbing total employment in general government, aiming for a sustainable payroll within the budgetary possibilities and margins. According to the IMS, & nbsp; the policies implemented in recent years continue as follows:

• & nbsp; Adoption of a law from June 2017 of the indefinite extension of the ban on filling first appointment, promotion and first appointment and promotion positions in the public and wider public sector, with an exception procedure that includes approval by the parliamentary Committee on Finance and Budget. Also, the ban on filling vacancies of hourly staff in the general government and in the wider public sector continues and cases that justify an exemption from the ban are being examined. personal basis, both for civil servants and for part-time positions in the public and wider public sector, with the exception of very specific cases and provided that savings of equal value are indicated.

• & nbsp; Meeting the needs of the civil service in staff, through the filling of permanent positions and not through the recruitment of fixed-term employees (EEA). In this context, despite the retention in most cases of ceilings for recruitment/employment in the exceptions contained in Article 16 of the budget law, every effort will be made to gradually reduce these ceilings through subsequent budgets depending on the filling of gaps. termination of employment and termination of EEA employment upon termination of their contracts. In addition, no replacement of the EEA will be promoted in the event of their resignation for any reason other than those listed in Article 16 of the Budget Law.

Aim for the effective public >

The measures promoted, according to the Strategic Fiscal Policy Framework 2023-2025, to achieve the goal of an efficient government machine are:

● Actions for the implementation of a new system of performance appraisal of civil servants, which is linked to their promotion and which also aims to develop and improve their performance.

Γή Implementation of the amendments introduced by the public service (amending) law of 2022, recently passed by the Parliament, which creates a new category of “interdepartmental promotion” positions, which includes the positions of public service in Scale A13 (ii) of (effective from 1.1.2024).

● Necessary actions for the implementation of the new provisions for the evaluation and selection of candidates by the Public Service Commission for filling the public service vacancies, which are based on state-of-the-art methods and tools, including the evaluation of candidates at examination centers, for filling posts in A13 (ii) and above, including the modification of service plans for affected posts.

ωση Reorganization of independent services/Ministries/Undersecretaries/Departments as well as Local Government and state organizations, based on relevant action plans prepared in the framework of studies on sectoral issues, in order to improve their efficiency and effectiveness. 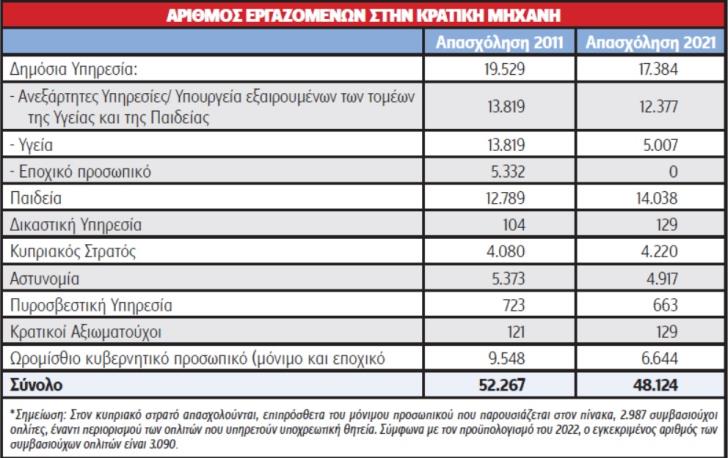