First meeting for Limassol to join the “City Health Network” 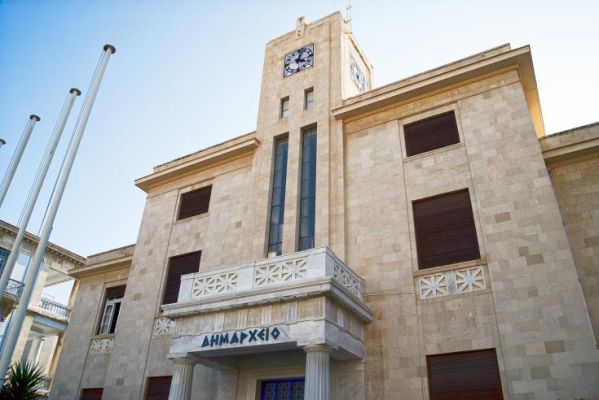 The three involved parties, the Ministry of Health, the Municipality of Limassol and TEPAK, held their first preparatory meeting today, in an effort to include Limassol in the “Network of City Health” of the World Health Organization.

A University announcement states that the “Network of Health Cities” includes cities that have managed to secure the relevant certification and which put health at the heart of their policy, planning and decision-making, by developing initiatives and innovative actions that cover a a wide range of topics and activities of a city.

To achieve this goal, it is added, the first preparatory meeting was held today, in the building of the Rector's Office of the University, with the participation of the Mayor of Limassol Nikos Nikolaidis, the Rector of TEPAK, Professor Panagiotis Zafeiris and the Coordinator of the Network Ministry of Health, Chrystallas Caiaphas.

“The participants in the meeting agreed on the common basic principles that will govern the cooperation between them and expressed their readiness to work with determination and will in order to make Limassol the first city of Cyprus to join this Network”, adds the announcement.

The Mayor of Limassol, Nikos Nikolaidis, expressed the determination and readiness of the Municipality as the process proceeds quickly, by submitting the relevant application, noting that this is a process through which coordinated and scientifically substantiated promotion systems will be created. public health and improving the quality of life of the city's inhabitants.

As the Mayor explained, Limassol promotes, through this very important initiative, a new philosophy concerning the Local Government and a series of actions that will aim at strengthening the physical, mental, social and mental well-being of the citizens, with targeted measures and interventions.

The Rector of TEPAK, Professor Zafeiris, referred to the University's commitment to the development and promotion of actions focusing on the 17 goals of sustainable development of the United Nations, which are inextricably linked to this joint effort that the city of Limassol is launching to improve health and quality of life of citizens.

Professor Zafeiris made special mention of the existing good and productive cooperation of the University with the Municipality of Limassol, which prepares the ground for the successful outcome of this effort, noting that TEPAK is a rich source of scientific knowledge on a number of issues, as is the issue of health.

As mentioned during the meeting, the administrative, executive, role of the whole project will be played by the Municipality of Limassol, under the scientific support and guidance of the Cyprus University of Technology, while the Ministry of Health will have the advisory and coordinating role of the effort.

It was also decided to sign a cooperation agreement between the parties and the establishment of a Scientific Committee, which will consist of representatives of the Municipality of Limassol, academics of the Cyprus University of Technology, social organizations and representatives of the Ministry of Health to map the profile of the , on the basis of which the areas of action and priorities will be determined.

The meeting was also attended by the Dean of the School of Health Sciences of TEPAK Nikos Mitletton, the Assistant Professor of the Cyprus International Institute for Environmental and Public Health (CII) Andri Panagiotou, the Special Teaching Staff in the Department Of the Municipality Dimitris Theotis and the Municipal Secretary Christos Efstathiadis.