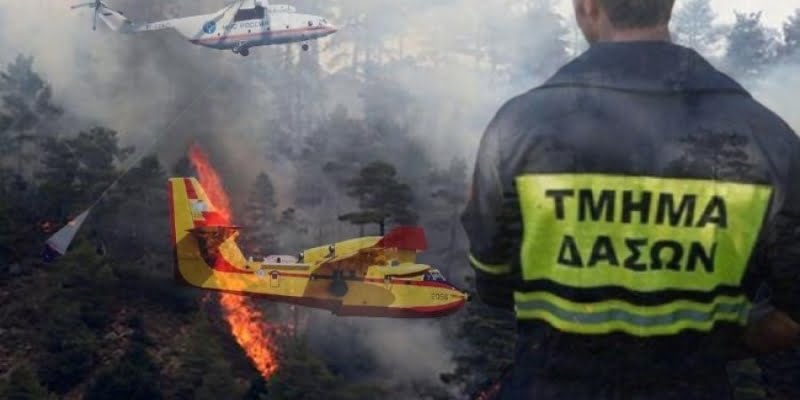 The Department of Forestry placed on publications of the newspaper "Politis" which referred to allegations or complaints of forged documents and corruption and related to the lease of the two firefighting helicopters, states that the "treasure" of the fake documents were finally "coals".

The Department of Forestry also states that the issue with the forged documents was raised by the member of the Receiving Committee who disagreed and it is clarified that they were related to the helicopters and that they were documents submitted with the bid and the Department of Forestry was primarily interested as the Contracting Authority for’ this is why he acted "immediately and voluntarily, without the suggestion of third parties, and without anyone giving us any information" even though he publicly requested it in an announcement on October 3.

He adds that he specifically requested "if there is evidence of forgery, the matter is very serious and the evidence must either be given to him, or submitted to the competent Services for further investigation".

He adds that it is stated that the said letter/reply was received at the Forestry Department on December 16 and it is also noted that, when the Department received the Audit Service's Draft Report, in its comments on said Draft, it informed the Auditor General that it would also seek the assistance of the Attorney General, which it did in the letter of 21­ November in which he informed him about the actions he had taken and asked for his guidance.

Source: www.sigmalive.com
Share
Facebook
Twitter
Pinterest
WhatsApp
Linkedin
Telegram
Previous article
The hoteliers in the province of Famagusta are modestly optimistic for 2023
Next article
Party for Animals: Concern about the developments with Dir. Veterinary Services
- Advertisement -