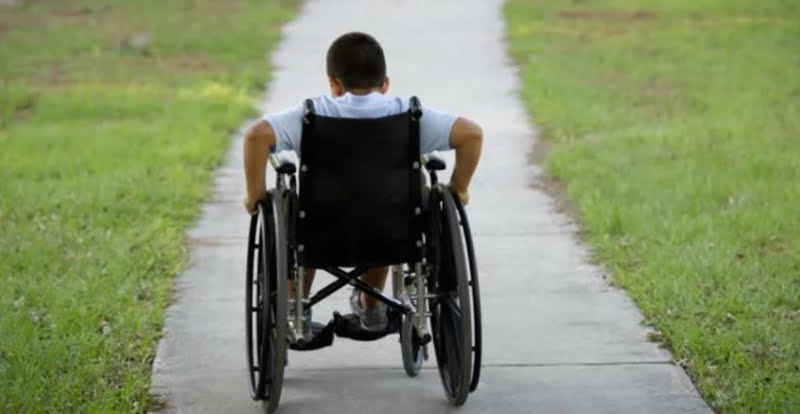 The need to create additional accommodation centers and strengthen the support, rehabilitation and integration programs for people with disabilities, who have reached the age of 21, was highlighted on Tuesday during the session of the Parliamentary Committees on Education and Labour, during which the gaps were reaffirmed and the deficits in the support policies of these individuals.

Through the discussion, the problems faced by people with disabilities were highlighted again and questions were raised in relation to gaps that are identified and concern independent living, work rehabilitation and employment and the integration of these people into society.

It is noted that the UN recommendations to the Republic of Cyprus, on the rights of Persons with Disabilities, have been pending since 2017.

Affected bodies and organizations representing these people expressed their concern at the absence of independent living and personalized care facilities to avoid institutionalisation, with MPs referring to “relentless” questions, which they did not get convincing answers to. from the point of view of executive power.

The Education and Labor Committees have committed to continue the debate on the real needs on March 14, 2023.

The President of the Education Committee, Pavlos Mylonas, emphasized the need for the immediate implementation of an organizational plan and above all the allocation of money for the support of these children and the creation of structures, to note that there is also an immediate need to support the families.

“The first people who need support in these cases are the parents. Unfortunately, there is no coordination and there are problems. While we collectively and unanimously support this logic of supporting these children, the end result, as we were told in the Committee, is nursing homes or a psychiatric hospital,” he said.

The Chairman of the Labor Committee, Andreas Kavkalias, wondered after 21 years where these children will go and what they will do, to add that “after a certain phase, when there will be an inability on the part of the parents of these individuals to support their children or they will leave this life, who is in charge?”.

According to Mr. Kavkalias, when asked by the members of the relevant Committees whether the programs are currently sufficient, he said that there were no answers from the relevant authorities.< /p>

“Some people forget that we have ratified the Convention on the Rights of Persons with Disabilities. In fact, the questions raised by the UN Special Committee, which monitors the implementation of the Convention to the competent authorities, remain unanswered, issues that have to do with the need for the Republic of Cyprus to develop and implement guarantees that protect the right to independent living, issues related to the obligation of the Republic of Cyprus to immediately adopt and implement an adequately funded deinstitutionalization strategy and reallocate resources available for deinstitutionalization,” he said.

DISY MP, Giorgos Karoullas, said that “the creation of additional Hospitality and Support Centers for children over 21 years of age for their rehabilitation, inclusion and integration into society, as well as political will for such actions, is a necessity and this policy exists will based on the necessary mapping of current and future needs”.

“The existing actions”, he said, “that produce must be strengthened continuously and in a targeted manner”.

He added that “the holistic strategy prepared by the Deputy Ministry of Welfare with the inclusion of the Social Integration department from January 1, 2023 on the basis of international conventions and European directives for further efficiency and individualization of actions is expected to be essential.”

He emphasized the use of the institutionalized tools of social enterprises, voted by the Parliament, following a proposal by the government that shapes the field, for decent work and the essential integration of these individuals into society.

EDEK Member of Parliament, Andreas Apostolou, said that “we must realize that we will not reinvent the wheel in Cyprus, nor should the discussions take place around a theoretical framework”.

He explained that the Convention is specific and that “in 2011 it was ratified, in 2012 by law the state is obliged to implement it, while in 2013 Cyprus sent the first report to the UN on the implementation of the Convention”.

He added, further, that “in 2017 we received specific comments from the UN, about what else we should do and what we have requested from the competent Ministry of Labor is to give us in the coming months what was recorded as comments for the non-implementation of the Convention by the UN and what actions have been taken from 2017 until today to comply with the Convention”.

“The state must support these families”, he noted.   &nbsp ;

Dipa MP, Alekos Tryfonidis, spoke of “relentless questions” regarding these children regarding what they will do after they turn 21, where they will be employed and with whom way, so that they can live with dignity in Cypriot society.

“Despite the superhuman efforts made by the state services, it is found that these departments are seriously understaffed and need serious reinforcement because they are useful both to children with disabilities, as well as to the parents of these children”, he said.

As he added, “an immediate increase in the daily Hospitality Centers, as well as the 24-hour Centers, is required for quality and healthy employment of the children”.

Share
Facebook
Twitter
Pinterest
WhatsApp
Linkedin
Telegram
Previous article
Against the intention of the municipalities to impose an end to photovoltaics
Next article
The traces of a 17-year-old girl were lost in Nicosia- Have you seen her? (pic)
- Advertisement -