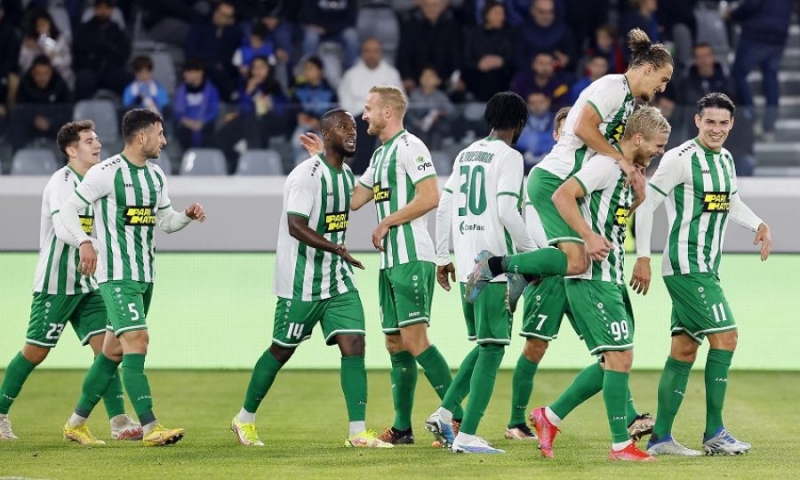 Aris returned to winning ways, which in a game for the 20th matchday beat Apollon as the home team at the “Alfamega Stadium” with 3-1. Scorers for the winners: Kakorin (29' and 82') and Stepinski (45').

It is noted that the Russian forward's second goal came from a well-placed penalty, while Brosson inadvertently put the “blue and white” back in the game, after scoring an own goal in the 73rd minute. The team of Constantinos Makridis had two goals in the first half, which had its good intervals and if it had been more accurate… maybe it could have gained a points advantage.

With this victory, Alexei Spilevski's team reached 37 points and consolidated in fourth place, while Apollo remained in sixth place with 32 points.

The pace of the first half was very good, with Constantinos Makridis' team constantly excelling in possession of the ball, however the phases and good moments were divided . The home team, who went to the locker room with a 2-0 lead, were typically more accurate.

Apollos entered the game better, who recorded three finals in the first quarter of the match! The first good moment came just after 3', when Warda crossed from the height of the box, sending the ball wide. A minute later, Vana saved Pitta's shot inside the area, while in the 6th minute, Warda shot outside the area, but the ball stopped on the right post of the Brazilian goalkeeper.

From the 15th minute onwards, Aris started to pick up the pace and in the 19th minute saw Gomis score from close range. After a corner, Socke got a header inside the area forcing Jovanovic into a terrific tackle, but the French forward followed through and scored. Despite this, the goal did not count as the former Gingab striker was offside.

The “greens” continued to gain meters and in the 29th minute they took advantage of the tragic mistake of the opposing defense, making it 1-0 with Kakorin. After being packed into the blue-and-whites area, the Peppers and Aleksandar Jovanovic did not get along well, with the ball being laid to the Russian forward, who scored in front of an empty net.

Apollo “touched” the equalizer on two occasions. The first came in the 33rd minute, when Va entered the area and passed to Hedy, who shot from a shooting position, only to see Vanas in the right position and save. Ten minutes later, it was Filiotis' turn to enter the area in beautiful fashion, with the Cypriot full-back feeding Sahar. The Israeli shot from an advantageous position, but the ball hit the post and went wide.

Stepinski “punished” the opponent for his long lost phases in the 45th minute of the first half. Gomis passed to Struski, who looked for the Pole, who moved at the back of the defence. The ball first found Vukasin and then was laid to the 27-year-old striker, who could not have missed from such an advantageous position.

From where the first half ended, the second half continued, as Apollonas continued to keep more of the ball, looking for ways to threaten the opposing goal.

The first notable moment in the replay came in the 56th minute, when Pittas shot from the top of the box, with Vanas saving it.

Aris threatened for the first time in the 61st minute, when Babika broke into the box. back of the defense and shot inside the area, but sending the ball over the posts. In the 69th minute, the hosts missed a great opportunity to make it three goals, as after a beautiful exchange of the ball, Kakorin found himself alone against Jovanovic, who managed to save.

After the classic opportunity that the Russian forward missed and where it seemed that the “Light Brigade” was in control of the match, Brosson inadvertently sent the ball into the Vanas nets and put Apollon back in the game. The goal is credited to Zradi, who with great energy went past Iago, cut into the area from the left and sent the ball to the Swedish stopper.

However, this goal gave the hosts more of a boost than the blue and whites, with Kakorin seeing off Jovanovic's yet another shot in the 75th minute! Despite this, the experienced footballer was about to break the Serbian goalkeeper's goal for the second time in the 82nd minute, with a well-timed penalty kick. The referee showed a foul by Peppers on Babikas, inside the area, with the VAR agreeing.

Then nothing changed and Aris achieved a very important victory.

THE IDENTITY OF THE MATCH

Source: www.kathimerini.com.cy
Share
Facebook
Twitter
Pinterest
WhatsApp
Linkedin
Telegram
Previous article
This is the situation with the investor in AEL…
Next article
In the plains of the island with pine trees, olive trees and stone bridges
- Advertisement -