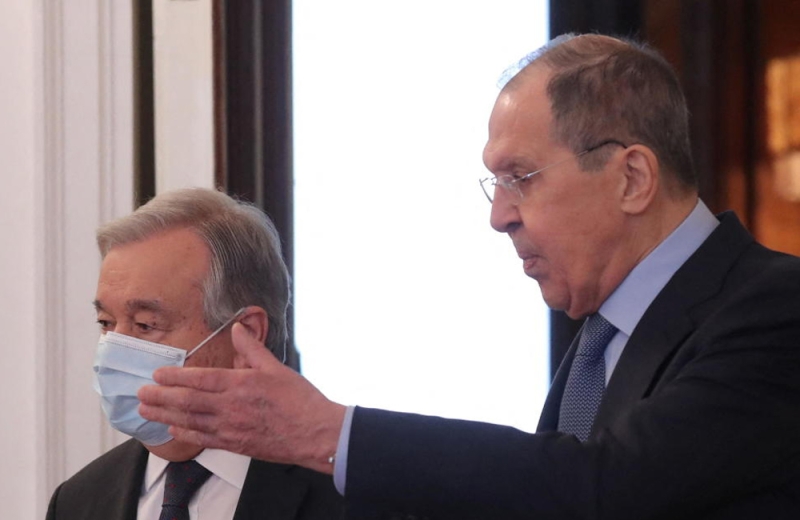 UN Secretary-General Antonio Guterres said in Moscow today that the United Nations is ready to mobilize all its resources and mechanisms to save lives in Mariupol. For his part, the Russian Foreign Minister said that his country is ready to cooperate with the UN to help civilians.