Hagia Sophia: New shameful icons – They made the temple… shoebox 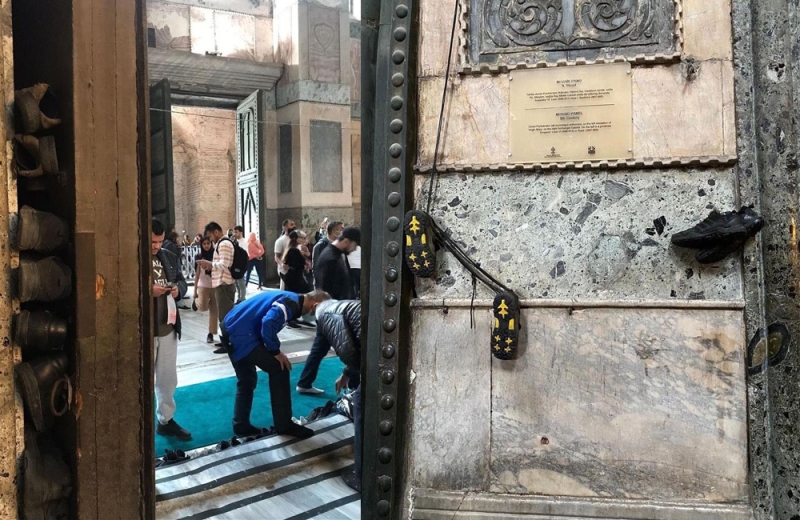 New embarrassing images from Hagia Sophia see the “light” of publicity. on Twitter, in which it seems that the Turks have turned parts of the temple into a shoe rack.

Polat accompanied the photos with an angry caption, in which he commented:

“The situation has reached a point where it offends the sanctity and historical value of Hagia Sophia. I call on the competent institutions to put an end to this shame towards the sensitivity of the millions of people who have dedicated their souls to Hagia Sophia. “Do not the 154 cameras and the 69 security and tourism police see this?” He wonders.

Also the Greek Ministry of Foreign Affairs had issued a statement referring to an act that “causes disgust and regret” asking the Turkish Principles: “to do the right so that those responsible can be brought to justice, as well as to immediately repair the damage to the Monument “.

Source: politis.com.cy
Share
Facebook
Twitter
Pinterest
WhatsApp
Linkedin
Telegram
Previous article
Altamira sells 120 properties all over Cyprus for all budgets
Next article
In Arodes of Paphos the only church in the world dedicated to Saint Calandion, which celebrates on April 26
- Advertisement -