Horror of dog poisoning in Kantu village – Reported to the Police 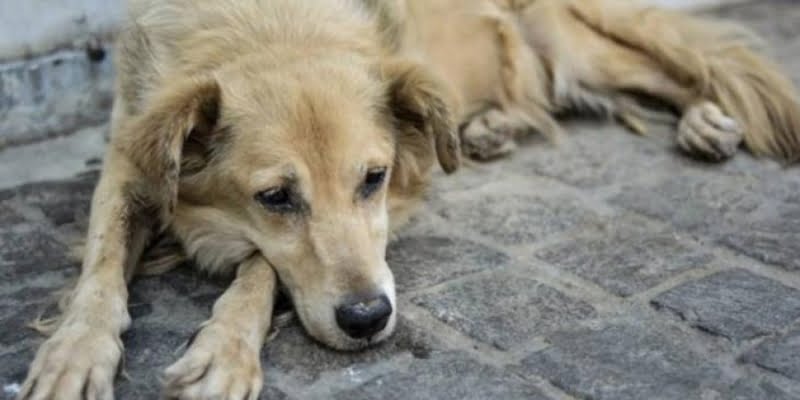 The Environmental Movement denounces the poisoning of a stray dog ​​in the village of Kandou in Limassol District – Citizens' Cooperation, noting that the incident of the poisoning of the dog was already reported to the Police.

He also emphasizes that the intentional poisoning of animals is an illegal act and is severely punished by the Law, even with imprisonment.

The announcement of the Environmental Movement:

The poisoning of a stray dog ​​in the village of Kandou in the District of Limassol causes disgust and horror. After a complaint was made to the Animal Action Group of the Environmental Movement – Cooperation of Citizens, it seems that poisons were placed in the village as a result of which the unfortunate animal was having fun  for his life and today unfortunately to lose  the battle for life. Even more shocking is that the dog lay for 24 hours in a miserable condition in excruciating pain within the community on a footpath very close to the Community Council, with no one to help it. Help was finally sought from a well-known animal lover who immediately ran to save the dog. The information we have is that while the help of the community leader was requested, he refused to help rescue him and transport him to the vet.

As an Environmentalist Movement – Citizens' Cooperation, we emphasize once again that the intentional poisoning of animals is an illegal act and is severely punished by the Law, even with imprisonment. Also, we remind you that by law municipalities and community authorities are responsible for taking care of strays as they are also obliged to maintain suitable approved spaces  detention of stray animals which once again does not seem to be observed.

The incident of the poisoning of the dog was already reported to the Police.

The Coordinator of the Animal Action Group of the Environmental Movement – Citizens' Cooperation, Mr. Anthi Mouzouris, emphasized that «as the Environmentalists Movement – Cooperation  As citizens, we will report the tragic incident to the competent authorities and the relevant ministries. We live in 2022 and yet it seems that some people continue to commit crimes against animals. It is sad and condemnable that there was no sensitivity to save a helpless animal by the community authority as it should have done. I really don't know if we should be called a civilized people with these attitudes. Unfortunately the dog was critically ill as he was left helpless for 24 hours in the cold and unfortunately  we were informed today that the dog passed away. We request the attribution of responsibilities in which either  because of their criminal behavior of poisoning animals, or because of the indifference of some others to save a life, today we have the tragic

Source: www.sigmalive.com
Share
Facebook
Twitter
Pinterest
WhatsApp
Linkedin
Telegram
Previous article
Three more deaths were announced, to 2,602 new cases – All details
Next article
The traces of a 17-year-old boy were lost in Nicosia – have you seen him? (PHOTO)
- Advertisement -