Severe weather conditions have prevailed in the last twenty-four hours in every corner of Cyprus, as a result of which the Fire Brigade is running and not being able to catch the calls for help it receives from citizens who are trapped in various places, but and for providing assistance to houses that were flooded due to the heavy rains.

Indeed, the snowfall in Troodos continues and for this reason the roads leading to Troodos are only open to vehicles equipped with snow chains or four-wheel drive. 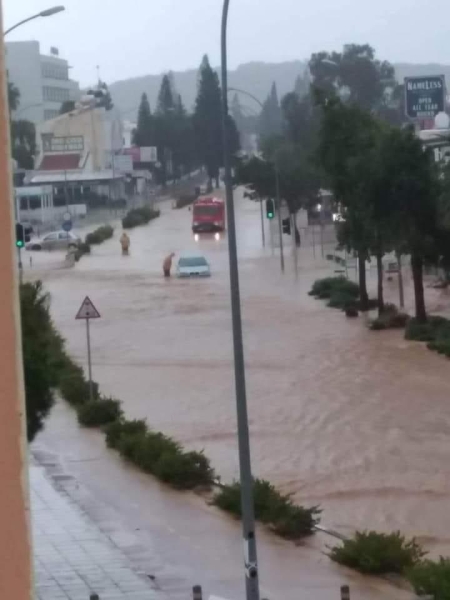 According to the Police, in the Larnaca District, there is an accumulation of water on the road under the uneven crossing despite the Panorio center in Dromolaxia, as a result of which the road has become dangerous.

At the same time, a new yellow warning has been issued by the Met Office, in effect from Sunday morning until Monday morning for showers and isolated thunderstorms. In fact, the total rainfall may locally exceed 55 millimeters per twenty-four hours.

Today the weather will be mainly cloudy with local rains at intervals, as well as isolated storms mainly in northern and eastern areas, where in some cases the rains may be prolonged. Locally, increased low clouds or even thin fog will prevail. In the higher mountains, snow or sleet will fall from time to time. Winds will be mainly northeast to east and locally to southeast, light to moderate, 3 to 4 Beaufort and transient to windward to strong, 5 Beaufort. The sea will be rough on the eastern and northern coasts and even rough on the rest of the coasts. The temperature will rise to around 14 degrees in the interior, around 16 on the southern and eastern coasts, around 18 on the rest of the coasts and around 6 degrees in the higher mountains. 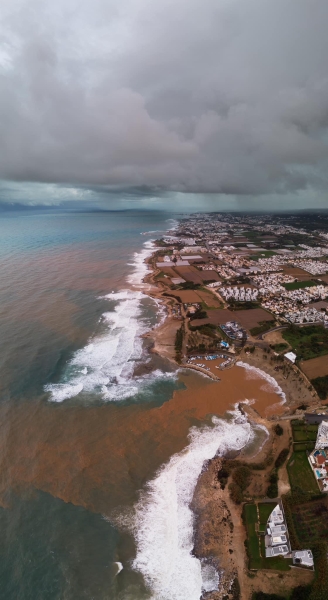 Tonight the weather will remain mainly cloudy with localized showers, as well as isolated storms mainly along the coast, where in some cases the showers may be prolonged. It will snow in the higher mountains. Locally, increased low clouds or even thin fog will prevail. The winds will blow mainly northeast to east and locally variable, weak to moderate, 3 to 4 Beaufort and transient locally mainly on the northern coast and initially on the eastern coast to strong, 4 to 5 Beaufort. The sea will be rough on the northern coasts and even rough on the rest of the coasts. The temperature will drop to around 11 degrees in the interior, around 13 in the southeast and on the eastern coasts, around 12 on the rest of the coasts and around 2 degrees in the higher mountains, where locally frost is expected to form.

On Monday, the weather will be mostly cloudy with local rain and isolated storms, as well as snow in the higher mountains. On Tuesday, the weather will be partly cloudy and locally mainly cloudy, and isolated rains are gradually expected, without excluding the possibility of an isolated storm. Snow may also fall in the higher mountains. On Wednesday, there will be locally increased cloudiness, possibly giving isolated rain.

The temperature on Monday is not expected to change appreciably, while until Wednesday it is expected to gradually rise, to fluctuate above the average climatic values for the season.

The height of the snow in Troodos Square, at the time of issuing the report, was 14 cm.