“In Cyprus, the institution of Black Friday has degenerated and the lure is being lost” 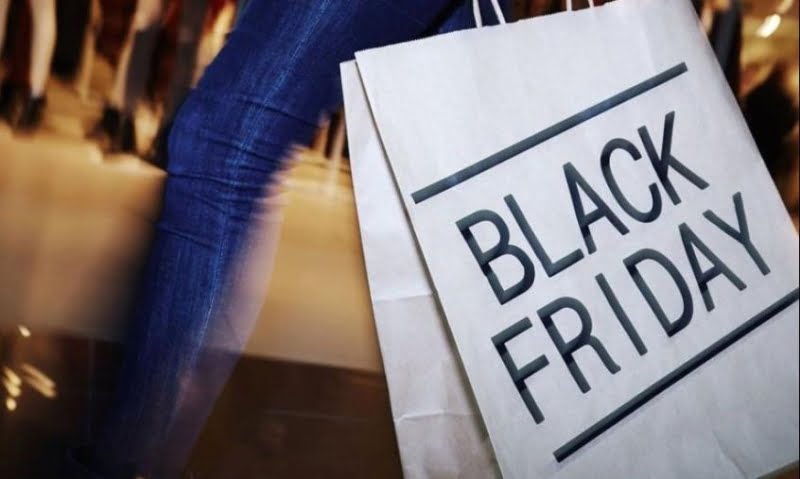 In favor of the opinion that the institution of Black Friday should only last for three days and tempt the consumer with steep downward discounts, the CEO of POVEK, Stefanos Koursaris, is in favor, who told KYPE that he will soon send an invitation to the Ministry of Commerce, to take the initiative, so as to start a dialogue with the Employer Organizations and Business Associations, with the aim of having another tactic in relation to Black Friday from the new year.

Speaking to the Cyprus News Agency, on the occasion of today's launch of the institution in Cyprus, Mr. Koursaris said that POVEK is in favor of “Black Friday lasting only two to three days and tempting people with steep discounts”. , to note that “this will create the conditions for a more successful institution”.

In response to a question about whether a dialogue will be started with the involved bodies, so that it can be implemented in practice, Mr. Koursaris said that “what we propose and we have also proposed to the Ministry of Commerce is to see how Employers' Organizations and Business Associations can institutionally end up with a different strategy, regarding the specific issue”.

He further explained that timed sales were previously legislated, and that this law has been repealed, to note that “legally, a business cannot be told when to start and when to stop Black Friday sales. “.

“We will call on the Ministry of Commerce to undertake such an initiative and with the new year there will be another tactic in relation to Black Friday”, he said.

According to Stefanos Koursaris, “the institution of Black Friday, as a commercial activity, benefits the economy, benefits the businessmen, but above all it is also aimed at the benefit of the consumer himself”, noting that “on this day businesses must offer the opportunity of the lowest price, so that the consumer benefits”.

In Cyprus, the institution has degenerated and the lure is lost

He stressed that “unfortunately, in Cyprus it has the institution degenerates”, noting that it “loses its meaning and essence with regard to duration”.

As the CEO of POVEK explained to KYPE, “in Cyprus we start one to two months before and go a month later”, to add that “this is not the meaning of Black Friday and unfortunately we will no longer have the trust of the consumer regarding with the discounts and low prices”.

“There are low prices and good offers, but seeing the long duration of the discounts, the consumer now loses his confidence and the lure of that particular day”, said Mr. Koursaris.

Discounts in Cyprus do not reach the levels of other countries

The CEO of POVEK stated that in  the rest of the countries the institution lasts at most three days, adding that “comparatively, the discounts in Cyprus do not reach the levels of other countries”.

However, he said that the prices in Cyprus fluctuate at satisfactory levels if the size of its economy is taken into account. very low price,” he said.

In comparison, he added, “the discounts in Cyprus do not reach the levels of other countries, however, they range at satisfactory levels if we take into account the size of our economy”.

“What we want is to protect the businesses and the consumer. These discounts must be real and can entice the consumer to make the right purchases. Discounts in Cyprus start from 15% and in some cases reach 40%”, he said.

When asked if there is any traffic in the stores today, Mr. Koursaris said that “after a month, businesses started advertising and showing discounts for Black Friday and that is why the turnover has been divided”, to add that we will not see queues today, as it happens in other countries.

He estimates that there will be an increased traffic, but not the one that exists in other countries and that the institution itself seeks.

Moderate public, due to economic conditions

Asked to state whether the public is restrained, he said that “the economic potential and the economic conditions that Cyprus is going through must always be taken into account”.

“We do not have the most ideal economic environment. You realize that everyone has problems. There are the costs of electricity, fuel and accuracy, which have limited the financial capabilities of citizens. The purchases during this period will be limited to the financial possibilities of the consumers, which are limited”, explained the CEO of POVEK.

However, he expressed the assessment that “if we look at all the purchases made in the last period , then overall sales will be satisfactory”.