In front of the vaccination they choose the ICU 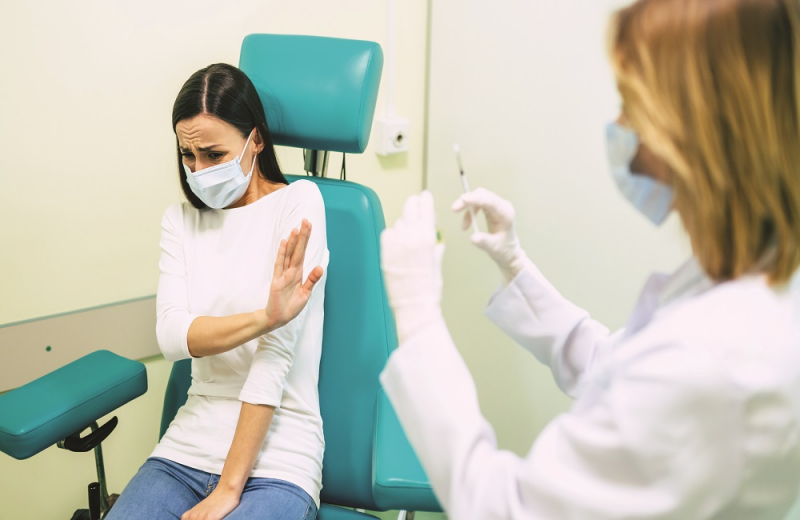 For the last two years or so, we have been hearing daily announcements from the Ministry of Health about the deaths of citizens who lost the battle with the virus. At the beginning they were the victims of the pandemic, however, after the start of vaccinations in Cyprus are the “unvaccinated”, or those who were vaccinated six months ago but did not receive the booster dose, to whom the government treats as if they have not been vaccinated. The division of citizens into vaccinated and non-vaccinated is more than obvious since the middle of last summer. However, the question that arises in this case is what is the price for the citizens who choose not to be vaccinated. More than 84% of adults have completed their vaccination program, according to the Ministry of Health. About a year and a half after the start of the vaccinations, about 2 in 10 adults have not been vaccinated, with some of them dying from the virus. They paid with their lives for their choice not to be vaccinated.

One of them was 53-year-old Georgia from Larnaca, who, although she belonged to the vulnerable groups, chose not to be vaccinated. Her choice resulted in her ending up in the ICU and not having time to celebrate the coming of the new year with her family. Her daughter, who became ill herself but was vaccinated and with the three doses passed the coronavirus as a simple cold, spoke to “P” about her family's experience. She herself asked to speak, however she also wanted to maintain her anonymity, even characteristically stating that it does not matter who she is, but what she wants to say. As she explains, both her mother and her father chose not to be vaccinated, even though they are both over 50, with the mother being a former cancer patient and having respiratory problems. The mother ended up in the ICU after 11 days of hospitalization, while the father was hospitalized in the MAF of the Nicosia General Hospital until last Wednesday, but due to the fact that his condition worsened, he had to be intubated. According to her daughter, last March, when they were contacted by the Ministry of Health to inform her that she could be vaccinated through the vulnerable groups, while she had initially said “yes”, then she had second thoughts and canceled her appointment. “Her doctor told her a thousand times to get vaccinated and that she was more at risk from the virus, but she could not hear him,” said the daughter, who recalls having discussed the matter with her parents several times without being able to convince them. The mother's doctor's insistence that she should be vaccinated led her to change her personal doctor, with the second doctor having the exact same opinion as the first, but again not convincing the woman to be vaccinated.

But what was it that really kept her from getting vaccinated? As the daughter reveals, both her parents are quite close to religion and are very attached to their spiritual father, who seems to have convinced them that they do not need the vaccine since they have God by their side. The comedic tragedy of the case is that the spiritual father, after the straps for the unvaccinated began to be tightened, was vaccinated, however he continued to sabotage the vaccinations. According to the girl, she told them that he had to be vaccinated and that he was not as strong as them, with her characteristically stating that she had quarreled with her parents several times because he was making fun of them. “I managed to persuade them to get vaccinated when the test measure was imposed on the unvaccinated every 48 hours. We made an appointment, but unfortunately we did not catch up “, said the girl, pointing out that if they had not been affected by their spirituality, now they would have passed the disease much more gently. “My mother and I were tested positive for the virus the same day, and my aunt, who has heart disease, but because she was vaccinated she did not develop any symptoms,” she said, insisting that if her parents had been vaccinated her mother would have been vaccinated. she was alive, while her father would not rejoice in the ICU. She revealed that every time her phone rings, her soul trembles at the possibility that it will be the doctor who will announce to her that her father has also left. “The worst thing is that you can not be next to your man, shake his hand and say goodbye,” said the daughter, to emphasize that the moment she was informed that her mother is not who in life will remain for always engraved in her memory. She recounts with tears in her eyes how she told the other members of the family what happened, while a few hours later she had to inform them that their father had been admitted to the ICU.

The story of this particular family is similar to that of several families who have lost members or been torn apart, not because of the virus, but because of their decision not to be vaccinated. Young heads of families 40 and 50 years old, influenced by intellectuals, scientists, but also the views of various conspiracy theorists, were not vaccinated and paid with their lives. Some even tried to deceive the state by paying to obtain fake certificates, either of vaccination or of disease, but unfortunately for them they failed to deceive the virus with the same ease. In some cases, citizens even chose not to receive medical treatment, resulting in death at home. And for the reason that the true price of choosing not to be vaccinated is clear from the data. According to the latest information from the Ministry of Health, from the beginning of the pandemic until January 4, 2022, there were 647 deaths due to Covid-19 disease. Of the 518 people who “disappeared” in the last year in our country, 396 did not have a history of vaccination. This means that 76.4% of the deaths, ie eight out of ten, were citizens who did not receive any vaccine. Only 48 of the 518 people were fully vaccinated, of whom 33 completed their vaccination regimen at least five months ago. Among the citizens who died were 41 people who were partially vaccinated. At the moment, 84% of the adult population has received at least one dose of vaccine, while based on the data published daily by OKYPY, on average 75-80% of patients have not received any dose of vaccine, which means that they come of this 16% who are not vaccinated.