In the Plenary on 20/01 the bill for whistleblowers 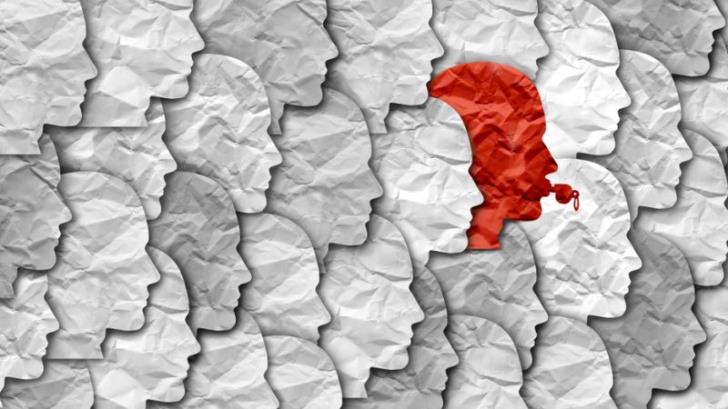 The bill for the protection of persons who complain of corruption is expected to be put before the Plenary Session of the Parliament on January 20, 2022 and without amendments. On the other hand, the discussion on the bill for the establishment of the Anti-Corruption Authority will continue as there are amendments that are expected to be tabled and which focus mainly on the way of appointing its members. The two bills were discussed today during today's meeting of the Legal Committee of the Parliament, in the presence of the Minister of Justice and Public Order, Stefi Drakou.

The Minister of Justice in her statements after the meeting of the Committee, initially said that in order to fight corruption, a correct and complete legal framework is needed and added that after the consultations she had with the involved bodies and the political forces, today three are before the Parliament serious and comprehensive bills that are an institutional cut in the Cypriot data.

Referring to the establishment of the Independent Authority Against Corruption, Ms. Drakou said that this is a comprehensive bill based on international standards and which was formed through extensive dialogue and goodwill. The Authority has its own budget and powers to carry out important work. He noted that the passage of this bill is linked to the Recovery and Sustainability Plan with a budget of 4.6 million euros, while many of the actions of the Authority are supported by European funds of 780 thousand euros. However, she expressed her anxiety that the adoption of this bill would not be delayed. “What I am avoiding is that there will be deadlocks that will delay the bill,” he noted.

Ms. Drakou stated that the bill for the Authority frames the bill for the protection of those who provide information. For this, he thanked the Chairman of the Legal Committee Nikos Tornaritis, the AKEL MP Irini Charalambidou for her proposal and the suggestions she had made as well as all the involved bodies and the political forces.

Ms. Drakou said that the position of the parties on this bill was that they do not have to submit any amendments and therefore there will be no delay.

The third bill ensures transparency in the public decision-making process and which is in the Committee of Institutions. For this reason, Ms. Drakou expressed her optimism that some concerns expressed in the debate will be overcome at the next meeting of the Commission. “The passage of all three bills is necessary for the proper functioning of the Anti-Corruption Authority and it is necessary for them to move quickly because they provide a strong framework and are in the right direction to fight corruption,” he said.

Mr. Tornaritis gave as a negative example the GESS which was discussed in the Republic of Cyprus since its establishment and was voted a few years ago, expressing the hope that the various remarks and ideas for the Authority do not lead its vote to the path that led to ΓεΣΥ.

Regarding the legislation for the protection of witnesses, Mr. Tornaritis said that today there is a consolidated text before the Parliament, which was submitted in cooperation with the Minister of Justice, MP Irini Charalambidou, who had submitted the first bill, and the Commission. Legal.

He stressed that the bill is highly reformist and revolutionary because it gives protection to any employee who detects and denounces corruption. He said that the bill is in the final stages and will be presented before the plenary session of the Parliament on January 20.

On the issue of the Draft Law on Witness Protection, AKEL MP and rapporteur of the proposal Irini Charalambidou expressed the hope that on January 20, after 6 years, the Parliament will unanimously pass the Law, which is the spearhead in its defeat. corruption. “Without public information, it is impossible to work effectively to fight corruption,” he said.

Ms. Charalambidou said that the process would not be at this stage if the Minister of Justice did not have the will she has shown and did not act in the light of the well-understood interest of transparency. He added that they worked in cooperation with the Ministry of Justice, but noted that without the insistence of the Minister, important initiatives could have been overlooked. He also noted the positive role played by the Chairman of the Legal Committee, Nikos Tornaritis, whose intervention, he said, was a catalyst.

Regarding the bill for the Anti-Corruption Authority, AKEL MP Andreas Passiourtidis said that AKEL's position from the beginning was in favor of strengthening the objective impartiality of the Authority, and this is the basis for the amendments submitted by his party. Giving an example, he said that the appointment of the members of the Authority cannot be accepted without informing the Parliament.

He said that AKEL from 2019 had expressed its intention for amendments in order to give “teeth” to this Authority and it is not true that it was “toothless”. “At the end of the day, what we are seeking is an Authority that is objectively impartial, both in appearance and in being,” he said, noting that those who will control the appointment of its members should be controlled by other bodies to reduce the likelihood of corruption. and interest service.

Environmentalist MP Charalambos Theopemptou said the Movement had tabled an amendment to give the Authority strength and give it the same powers as the Independent Authority to Investigate Allegations and Complaints against the Police.

Mr. Theopemptou also mentioned that the way should also be found so that the Authority has the ability to search through existing Laws but also to check bills before they reach the Parliament in order to remove the possibility from within a Minister, for example , for corruption or bribery.