In the plenary session, the Regulations for salary progression of security forces 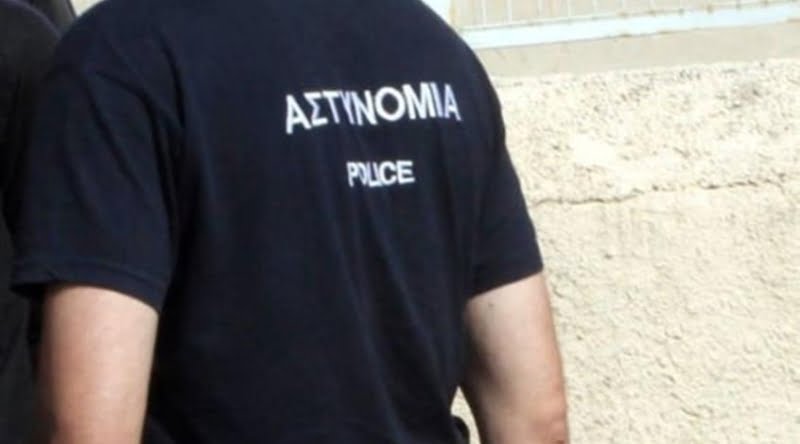 The salary progression of police officers, firefighters  and special police officers in the new salary scales, with the proposed amendments, occupied  the Parliamentary Committee on Law, Justice and Public Order, with the committee to send the relevant Regulations to the plenary session.

In addition, the committee started the debate on establishing a legislative framework that governs the public consultation process, a debate that will return after the opening of the House of Representatives. On Wednesday, the proposal for a law to amend the criminal code was also discussed so as to introduce the offense of applying a practical technique or providing services of pseudo-treatments to change or eliminate sexual orientation.

Salary upgrade of the security forces< /b>

The Deputy President of the Parliamentary Committee on Legal Affairs, Justice and Public Order, DISY Member of Parliament, Fotini Tsiridou, stated that the regulations that provide for the upgrade of the salary scale of police officers and firefighters, which will be upgraded from 01/01/2023 from A3, are being sent to the plenary session -5-7 combined scales to A5-7-8 combined scales and special police officers from A1-3-5 and A1-2-5 to A-2-5-7.

AKEL Member of Parliament, Aristos Damianou, stated that, even if very late, a fair request by the members of the police and the fire department for wage increases is being settled. He noted that because there was a risk that the wage increase would not be voted on, a proposal was made, which was accepted, as other matters concerning discipline and other matters in the two houses to be discussed again after March.

The Member of Parliament of ELAM, Sotiris Ioannou, stated that the upgrading of the ranks of the police and the fire brigade was a constant request of the specific security forces and “it is with satisfaction that we finally see it being implemented”.

The President of the Police Force of the Branch of the Equality Syndicate, Nikos Loizidis, said that after decades the regulations were passed today  concerning the upgrading of the salary scales of the security forces. Mr. Loizidis thanked the state and all the parliamentary parties, the members of the legal committee and the Police unions who fought for this. Now, he said, the police officers are coming to the salary scale in which they should be, “that is, on the pedestal where all the other professions were”.

He also added that it became possible for both conditions to apply in order for someone not to be promoted on a scale, that is, in the immediately preceding two years, he was not convicted of a disciplinary offense and was not evaluated as “below average”. This, he continued, was also the wish of the Chief of Police. He also added that if the budget is passed from the 1st  January 2023 the increases will be paid, which on average in the basic salary is 40-50 euros.

Discussion on the public consultation process

DISY Member of Parliament, Fotini Tsiridou, said that regarding the establishment of a legislative framework governing the process of public consultation and the planning of political actions, submitted by the MP of the Environmental Movement Charalambos Theopeptou, a discussion was held and the opinions of all competent bodies and the debate will resume after the opening of the House of Representatives.

The President of the Environmentalists Movement-Citizens' Cooperation, Member of Parliament, Charalambos Theopeptou, stated that today the legal proposal which he had submitted about five years ago concerning the conduct of the public consultation was launched in the Legal Committee. He explained that there is an obligation as a state for all bills that are being prepared to go through public consultation, that is to inform the public about the intention of any Government to prepare a bill and send it to the Parliament and get their opinions. At the same time, he added that it is serious that anything related to the environment, any plan, program, policy or anything else “we have a clear legal obligation from the European Union to have a public consultation”.

Mrs. Georgia Christofidou, on behalf of  the General Directorate of Development of the Ministry of Finance, stated that the Commission was informed that a platform has already been prepared on which all public consultations organized by all government agencies will be posted. She noted that there will be all the public consultations collected and at the same time the possibility of a notification will be offered to update the current public consultations.

Discussion on amendment of the criminal code

Mrs. Tsiridou added that the law proposal of AKEL Member of Parliament Giorgos Koukoumas, on behalf of the AKEL-Left-New Forces parliamentary group to amend the criminal code so as to introduce the offense of applying a practical technique or providing pseudo-therapy services for change or elimination of sexual orientation. He stated that there was an article-by-article discussion and this proposal will come back to the Committee again.

Mr. Ioannou on this specific issue said that on the question of the criminalization of sex change attempts, a question has been asked about whether adults of their own volition go to priests, since they consider that they are committing a sin or do not feel well and ask for help from their spiritual .  Confession, he said, if the specific law is passed will now be a criminal offense in these cases and “we will see priests being taken to court so that they swear on the gospel, to state what was said in the confession”.

Besides, Ms. Tsiridou stated that the legal proposal that he tabled together with DISY Member of Parliament Charalambos Pazaros was also discussed at the Legal Committee and concerns the amendment of the 2010 “On appeal procedures in the field of public procurement” law. He noted that with the proposed amendment to the legislation the aim is to introduce compensatory measures, safety nets, in relation to the right of economic operators to appeal to the review authority of tenders from arbitrary and malicious refugees who aim to harm the tender by delaying the procedures and harming the tax-paying citizens.

Ms. Tsiridou also noted that the Committee was also concerned with the issue of the developments in the way of adjudicating delayed cases in the provincial courts and the reactions that exist from the legal world and it was decided that the Legal Committee should register this whole situation as an ex officio matter.

Mr. Damianou stated that it was agreed in the Legal Committee to discuss the decision of the Supreme Court to issue a special procedural regulation for the adjudication of delayed cases, an issue Mr. Damianou said, which has caused chain effects and repercussions with a strike by the legal world . He noted that space and time should be given to the dialogue.

Mr. Damianou also added that with regard to family law, more than 30 years have passed since the previous and unique review of family law. He noted that an urgent proposal will be submitted to the Plenary of the Parliament, which will abolish the “On attempted reconciliation and spiritual solution of marriage” so that with absolute respect for the role of the church, when it comes to political divorces, these are not dependent from an antiquated provision that places the Church of Cyprus in the framework of the process. He noted that it is a repealing amendment and also concerns constitutional issues.