Indignation of trade unionists from the Ministry. Energy for the problems of the EAC 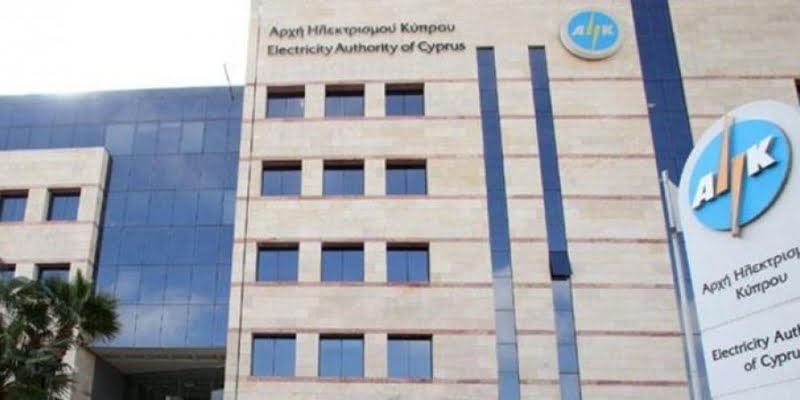 "Extreme" understaffing, "illegal" operation of the Dekelia power plant, with a consequent increase in pollution and costs, preventing EAC from operating in RES, are some of the perennial problems that have been raised by the trade unions active in EAC, EPOPAI, SIDIKEK, SEPAIK and SYVAIK, who criticize the Ministry of Energy for "continued inaction".

The EAC workers feel "intensely outraged and disappointed by the attitude, behavior, and continued inaction of the Ministry responsible for energy regarding the serious issues they have by’ repeatedly affected and have swelled in recent years”, the trade unions state in their statement.

Specifically, they refer to "serious and extreme" understaffing of EAC, which "tends to make it unable to cope with its obligations". Also, they talk about the illegal operation of the Dekelia Power Plant, resulting in a serious increase in pollutants and by’ expanding the cost of electricity.

In addition, trade unions report that EAC Production continues to be prevented from operating in the RES sector, and EAC Supply from sourcing cheap energy from RES. "As it appears, with what has been leaked, the Ministry itself prevented and is preventing the EAC from implementing the decisions of the Board of Directors, its goals and mission", they complain.

At the same time, the organizations report that he was in favor of the Electrical Installations Control service remaining in the EAC, both for the safety and protection of consumer installations, as well as the installations and the EAC Network.

For all of the above, "instead of being given due importance by the competent Ministry, we faced irony, discrediting and the making of non-existent accusations. With undocumented  allegations and eloquent solutions, he evades his serious responsibilities. It is easier for him to leave points and blame the EAC than to admit the absence of a comprehensive energy strategy and with his casual activity in the sector he risks its collapse in the short term and with all that this entails for the economy of the place&raquo?, the organizations underline.

In the announcement, the organizations question why the Ministry is preventing EAC Production from installing RES and reducing production costs, why it did not limit the surplus profits of RES by imposing a ceiling and because it was letting RES make super profits because of the increase in fuel.

Furthermore, they state that the only solar farm that channels cheap electricity is the one they allowed the EAC to implement. Still, according to the organizations, the Ministry, in order to allow EAC to implement its plan for RES projects, requires the withdrawal of Conventional Production Units, "without taking into account the consequences of such an undertaking".

Furthermore, they state that while the EAC was forced to pay €43 million for the infrastructure of the arrival of the FA, for use by its contractual units, 2 years later, they ask it to withdraw contractual production in order to allow it to participate in RES.

Unions note that the retention of conventional units is necessary, as their quality characteristics make them essential for the security of supply and production adequacy of the site, but also to support any other new technologies that enter the production mix, due to the small isolated system and the non-existence of hydroelectric and nuclear units, even when interconnection with other states is achieved or even total penetration of RES.

"Therefore, we consider the hasty and without technical documentation decision of the Ministry to withdraw contractual production that it makes visible the risk of a total blackout, in the immediate future, in addition to removing the possibility of the state to exercise an energy policy for the benefit of the consumer" , the organizations note.

With reference to the Dekelias H/S, the organizations state that it is a strategic production area, due to its geographical location and is necessary for Security of supply, for the adequacy and smooth and orderly operation of the Networks. However, the old units of the Decelia Power Plant should be replaced, so that they are more efficient, with lower production costs and reduced emissions. "Instead, the Ministry of Energy illegally promotes the extension of their operation until 2029, without a simultaneous decision to replace them, relying on weak and imaginative and certainly costly solutions", they add.

The organizations also report that the EU, aware of the difficulties encountered in small and isolated systems such as Cyprus, introduced the terminology of Just Transition, so that it is taken into account that there will be no unfavorable treatment to the ordinary consumer. "Unfortunately in our country, with the invocation of a just transition, positions are being promoted that certainly do not serve its goals", concludes the announcement of the organizations.

Source: www.sigmalive.com
Share
Facebook
Twitter
Pinterest
WhatsApp
Linkedin
Telegram
Previous article
Celebration of Agios Nikolaos – “Our vision is the continuous strengthening of the Navy” (VIDEO)
Next article
The online platform for the Archdiocesan elections has opened. Find out where you are voting
- Advertisement -