Ioannis Kasoulidis is on the same voyage

Who is entitled to VAT refund for land transfer 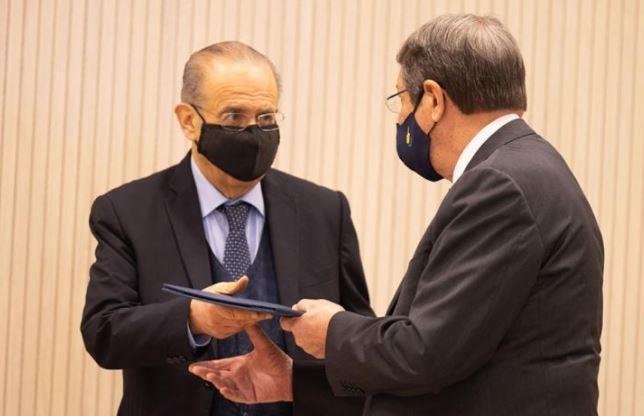 A veteran of politics and diplomacy, Ioannis Kasoulidis, upon his return to the Ministry of Foreign Affairs, took care to clarify the landscape regarding the foreign policy of Cyprus. Having been recalled, as he pointed out, by the reserve, I. Kasoulidis clarified that “there will be no change in our foreign policy.” A wording that he obviously deemed necessary to say in order to close any discussion that had taken place recently in the government camp where his own return to the Foreign Ministry was linked to changes in foreign policy.

I. Kasoulidis stressed that foreign policy does not change, after all, the President is the same, whoever the Minister is and we continue the same foreign policy because, in essence, foreign policy decisions, according to the Constitution, belong to the President. Democracy that we are implementing “. From there, he will follow his own approach to foreign policy. He explained that “perhaps more importance should be given first to the accredited diplomats in Cyprus and one of the efforts of the Foreign Minister is to go in this direction.

“We should also pay more attention to solidarity within the EU and from them to us and we to the EU and the Member States,” he said. ».

A little later, during the handover ceremony of the Ministry of Foreign Affairs, I. Kasoulidis took care to repeat the specific message: “The foreign policy of the presidency Anastasiadis does not change. Nikos Christodoulidis did not change it either, and built on it. Rest assured that my intention is to continue the same course. “

In his own intervention during the handover ceremony, N. Christodoulidis initially took care to thank those colleagues at the ministry who had contacted him in recent days. And at the same time to give an answer to the criticism that is exercised from time to time for the foreign policy of Cyprus. Addressing the Foreign Ministry staff, he said: “Although few people know that your work is done under conditions that are far from ideal, with the Ministry's Budget being at 1% of the state budget, very small and yet we compete with the big countries. and we stand worthy representatives of our Cyprus “.

“In a globalized environment where we live today with interdependencies between states, as seen in the pandemic we are still experiencing, international relations play a crucial role in the international network, alliances, partnerships, deepening relations and even good interpersonal relations as well as and good knowledge of international issues of all kinds. And in all this the backbone and leader is the Ministry of Foreign Affairs and its people and it is not at all easy to represent the interests of a small country with a big national issue. “And outside of Cyprus, in the Councils and in the powerful countries, slogans have no place but knowledge, perseverance, assertiveness, mental and physical stamina, inexhaustible patience and ingenuity in terms of perspective solutions”, he added.

Finally, he noted that “from the beginning and building on all the work that had preceded, we proceeded based on a very specific framework and always under the guidance and daily coordination with the President of the Republic, defining three main pillars in our foreign policy without ignoring number one. “Our priority is to defend the rights of the Cypriots and the reunification of our country through the comprehensive settlement of the Cyprus problem.”

Source: www.philenews.com
Share
Facebook
Twitter
Pinterest
WhatsApp
Linkedin
Telegram
Previous articleMessages from Cypriot MEPs on the death of EP President David Sassoli
Next articleRefugee apartment building in miserable condition in the area of Omonia – “The skyscrapers of Limassol are the showcase” (photos)
- Advertisement -

Who is entitled to VAT refund for land transfer

Proposal for paternity leave at 52 weeks