Ioannis Kasoulidis was sworn in before the PD (video) 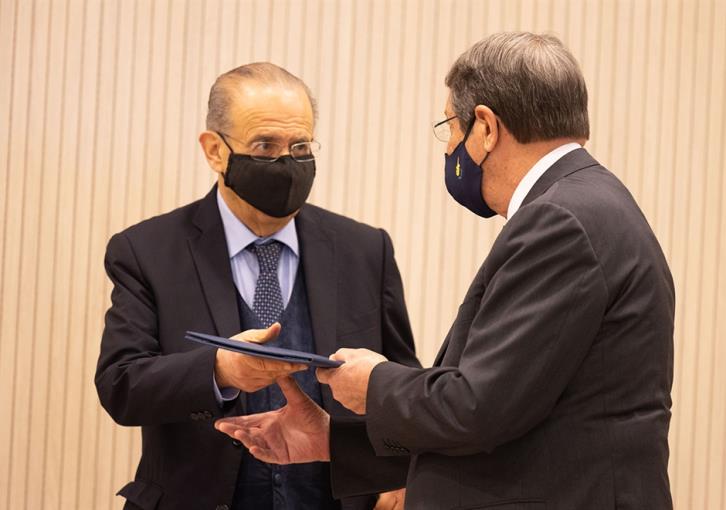 The assurance ceremony of the new Minister of Foreign Affairs, Mr. Ioannis Kasoulidis, took place this morning, at the Presidential Palace, in the presence of the President of the Republic, Mr. Nikos Anastasiadis. 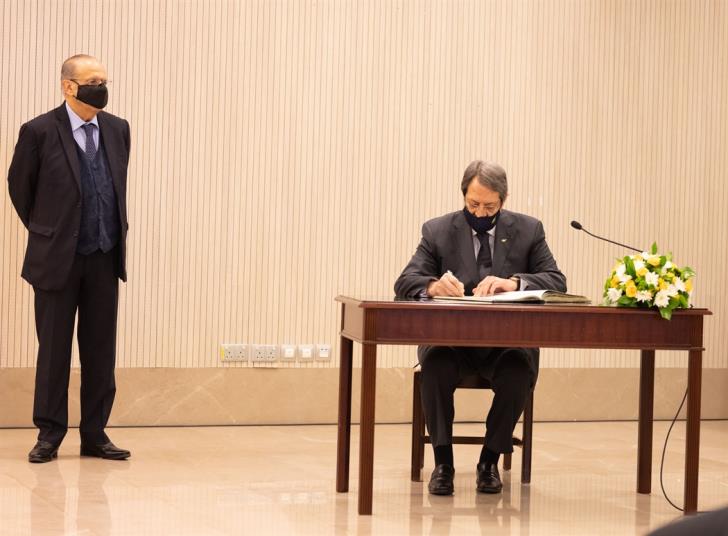 Speaking during the ceremony, the President of the Republic said that “exercising the powers provided to me by the Constitution, today I proceed to the appointment of Mr. Ioannis Kasoulidis as Minister of Foreign Affairs.

A position which he served with absolute success and professionalism, always guided by the offer, but also the promotion of the well-meaning interest of our country, taking well-thought-out and targeted decisions, at critical moments for Cyprus.

It is worth noting his huge contribution to the accession of Cyprus to the European Union, his contribution to the establishment of tripartite cooperation, the substantial strengthening of our relations with the countries of the region, the UN Security Council and the wider region, as well as the decision taken to formulate the first National Security Strategy.

It is for these reasons that I would like to warmly thank Mr. Kasoulidis, because despite his decision to abstain from state positions, he accepted, in view of the difficult conditions that our country is experiencing, to take over the reins of the Ministry of Foreign Affairs again.

At the same time, I am sadly leaving the services of one of my closest associates today, whom I would like to thank warmly for the close cooperation we have developed in recent years, as well as for the dedication and efficiency he has shown in the various positions I have entrusted to him. either as Director of my Diplomatic Office or as Government Representative and as Minister of Foreign Affairs.

I wish good luck to Nikos and all the best on a family and personal level.

My dear Mr. Kasoulidis, taking into account what I said above about your face and the professionalism and zeal that distinguishes you, I have no doubt that, based on your proven experience, the extensive knowledge of the diplomatic processes, but also sobriety , the sharpness and realism that distinguishes you, you will continue the proven rich and essential work that you and your predecessor did.

“Thank you once again for putting yourself in the service of our country.” 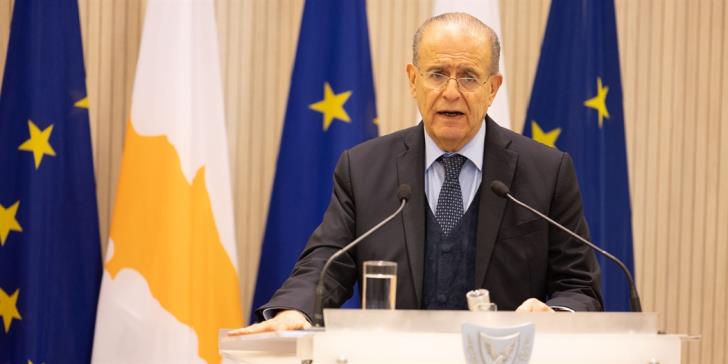 For his part, Mr. Kasoulidis said “Mr. Mr President, I feel at first that you have recalled me from the reserve to the active battle. Thank you very much because I also understand the great importance of difficult times so that there can be continuity.

As I have said, there will be no change in our foreign policy, but some fronts may give them more importance. Accredited diplomats in Cyprus may need to be given more importance first. And one of the efforts of the Ministry of Foreign Affairs is to go in this direction.

Also give greater importance within the EU for solidarity and from them to us and we to the EU and the Member States. And I will try to do this on the issue, considering that we are not a monothematic country. But otherwise I also want to express my congratulations on the work done by my predecessor Mr. Nikos Christodoulidis and I reserve the right to say more about him during the tradition “.

The appointment of Mr. Kasoulidis was announced on Monday by the President of the Republic Nikos Anastasiadis, noting that the resignation of Mr. Christodoulidis saddens him greatly, but he had no choice but to accept the resignation after the developments.

Mr. Kasoulidis served as Minister of Foreign Affairs in the Government of Glafkos Clerides, taking office in April 1997. He was appointed for the second time head of the Cypriot diplomacy in the Government of Nikos Anastasiadis, in March 2013, while in February 2018 he was succeeded.

Source: www.philenews.com
Share
Facebook
Twitter
Pinterest
WhatsApp
Linkedin
Telegram
Previous articleCyta proceeds with Collective Bargaining Agreements for the Affiliate staff of its Group
Next articleDjokovic admits he went to an interview while knowing he was positive for the coronavirus
- Advertisement -